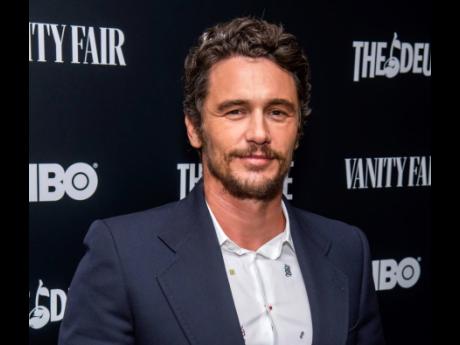 AP
A settlement deal has been reached in a lawsuit that alleged James Franco intimidated students at an acting and film school he founded into exploitative sexual situations. A filing in Los Angeles Superior Court said a settlement had been reached in the class-action suit brought by former students at the now-defunct Studio 4.

A tentative settlement has been reached in a lawsuit that alleged James Franco intimidated students at an acting and film school he founded into gratuitous and exploitative sexual situations, attorneys for the plaintiffs said Saturday.

The two sides filed a joint status report in Los Angeles Superior Court telling a judge a settlement had been reached in the class-action lawsuit brought by former students at the now-defunct school, Studio 4, though elements of the lawsuit may live on.

The document was filed on February 11, but the settlement has not previously been reported.

Actresses and ex-students Sarah Tither-Kaplan and Toni Gaal, who first filed the lawsuit in 2019, have agreed to drop their individual claims under the agreement, according to the court filing. Their lawsuit said Franco pushed his students into performing in increasingly explicit sex scenes on camera in an “orgy-type setting” that went far beyond those acceptable on Hollywood film sets.

It alleged that Franco “sought to create a pipeline of young women who were subjected to his personal and professional sexual exploitation in the name of education", and that students were led to believe roles in Franco’s films would be available to those who went along.

The lawsuit said the incidents occurred in a master class on sex scenes that Franco taught at Studio 4, which opened in 2014 and closed in 2017.

The two sides had been in discussions on a settlement for several months, and the lawsuit's progress had been paused while they talked.

Plaintiffs' attorneys from the firm of Valli Kane & Vagnini, LLP, confirmed the agreement in a statement to The Associated Press on Saturday night, adding that it will be “further memorialised in a Joint Stipulation of Settlement to be filed with the Court at a later date", but giving no further comment or details.

After-hours emails seeking comment from attorneys for the defendants were not immediately returned.

In a previous court filing, Franco's attorneys, while praising the #MeToo movement that helped inspire the lawsuit, called its claims "false and inflammatory, legally baseless and brought as a class action with the obvious goal of grabbing as much publicity as possible for attention-hungry plaintiffs”. They pointed out that Tither-Kaplan had previously expressed gratitude for the opportunity to work with Franco.

The lawsuit also names Franco’s production company Rabbit Bandini and his partners, including Vince Jolivette and Jay Davis as defendants.

The sexual exploitation allegations of other plaintiffs in the class action will be dismissed without prejudice, meaning they may be re-filed, the joint status report said.

Fraud allegations brought by those plaintiffs will be “subjected to limited release”, the document says, without further details or explanation.

The document does not reveal how much money may be involved in the deal.

Before filing the lawsuit, Tither-Kaplan aired her allegations of sexual misconduct against Franco along with other women in the Los Angeles Times after Franco won a Golden Globe Award for The Disaster Artist in early 2018, when the wave of the #MeToo movement was sweeping across Hollywood.

In a subsequent interview on The Late Show with Stephen Colbert, Franco called the sexual misconduct stories about him inaccurate, but said, “If I’ve done something wrong, I will fix it. I have to".

Franco, 42, best known for starring in comedies with Seth Rogen, has generally kept a low-profile since the allegations arose in what had been a highly productive period that culminated in the acclaimed The Disaster Artist.