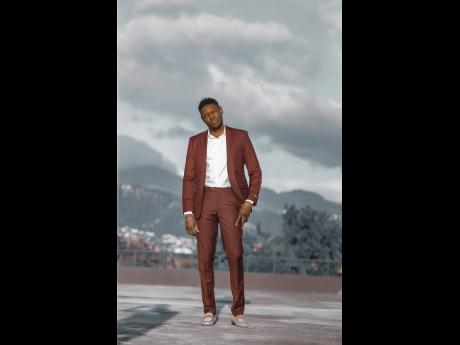 Contributed
The experience Dwayne Morris received touring with seasoned recording artistes such as Beenie Man, first as a keyboard player and then musical director, and having an all-hands-on-deck approach have helped him pivot during challenging times.

The mindset that drove Dwayne Morris as a curious teenager to play around with an old piano in the corner of Frome Technical’s auditorium still guides him in his endeavours as a music educator and executive in the entertainment industry. The experience he received touring with seasoned recording artistes such as Beenie Man, first as a keyboard player and then musical director, and having an all-hands-on-deck approach have helped him pivot during challenging times.

Morris has become a locksmith of sorts, finding and making his own keys to open doors to new ventures, and he’ll probably tell you that when there [is] a jam, he would go back to the “cutting board” and make a new key.

“My greatest challenge in the 15 years or so that I’ve been manoeuvring the music industry is getting [pass] the gatekeepers,” Morris told The Gleaner, indicating that for a musician or a recording artiste to get the exposure needed, several gates must be opened.

He added, “These gates are controlled by established executives and labels, radio station directors and disc jockeys in many cases. So, it meant literally hitting the ground and taking the music to the people directly; I drove 70,000 miles to promote the music, handing out over 10,000 CDs from Portland to Westmoreland.”

Having graduated from the Edna Manley College of the Visual and Performing Arts with first-class honours in music education, no course the acclaimed musician and teacher signed up for at the institution could have prepared him for where his chosen career would take him. And there were times he heard his parents’ voice in his head saying that music is not a career.

At the time, he was also facing a difficult transition from country to town. “It was important for me to prove to them that this could work; bear the hunger and do the work until something was achieved - then once things started picking up the pace, it proved to me there was nothing that could hold me back.” Morris said.

He garnered the support and attention of Beenie Man in late-2007, and ended up travelling to over 50 countries as the dancehall legend’s musical director to perform on major stages around the world.

“Imagine receiving a phone call in the wee hours of the night, only to be told, ‘Me figet fi tell yuh, we a fly out tomorrow fi guh Nigeria,’ and having to pack with little details except the destination. The life of a touring musician was filled with anxiety,” Morris explained. “Yuh tink a joke. It was hard, me cyaa structure my life doing that. However, I must give Beenie Man all the respect because he instilled in me proper work ethics … I don’t think any other artiste works as hard, and he was never too tired.”

But even with the knowledge he has gathered, the former music director-turned-director of his own company, Cahban Rekords, still wears a rookie disguise. The music industry is constantly changing, he said, as such it is to one’s benefit to always act as a student of music. His company is credited with launching the career of one of the most notorious dancehall deejays, Alkaline, who Morris met while working at Ardenne High School. It has also produced for other major Jamaican acts, including Jahmiel, Sizzla, Jah Cure and Chronixx, and international rapper Jay-Z.

“Never come out and think this thing works a particular way; the way I do it, persons may think I don’t know what I am doing, but the technique is to keep your ears close to the ground,” Morris shared, and continues to show that his curiosity was not marred by the hill and gully ride the music industry has taken him on. Morris has ventured into other areas of the business, keeping education at the core.

Based in New York for the past five years, Morris has gone on to complete a master’s degree at the highly-ranked Five Towns College with a major in music education and piano performance. He currently heads the music unit at New Visions Charter High School for the Arts in New York City and launched the Cahban Academy, a private music school with 25 students enrolled.

Talking about the 2010-2020 decade, he said, “There is no better description for it than, up and down; it started out great, with all the projects that began as a thought becoming a reality and the company achieved what persons thought couldn’t be done. We made a giant in two years, but things hit the fan, and there was a need to start over. Migrating to the US also meant starting from scratch, so it has been a rollercoaster, but like a person interested to try that ride, it may be a lot to take in but overall very fulfilling.”

He says he is now more prepared to handle surprises and has recently signed two new artistes, Koli and NeiLA, to grow his music empire.

“I am not going to act like I can change the wheel, but I am bringing good vibes to the table – not everybody is raw and edgy, and there is a need to strike a balance. I am about the training and building of the industry – businesswise, experiencewise, knowing how to cross T’s and dot I’s while maintaining the company’s youthful exuberance - it’s what I know to do, slowly and patiently. The best advice I could give is what I received indirectly … to stay organised, stay close to your businesses and be hands-on,” he said.