Joseph Davis making a name in music - 17-y-o, who plays 12 instruments, excited to give one-of-a-kind Jazz and Blues performance 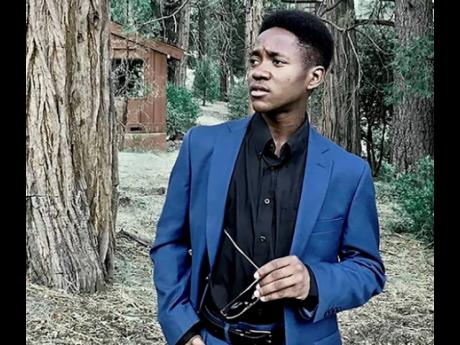 Contributed
Often compared to American singer and songwriter, Stevie Wonder, Joseph Davis is hoping to make his own name in music. 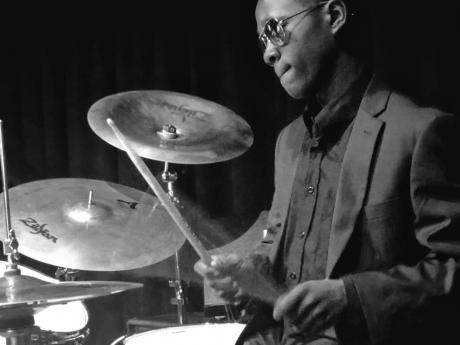 Contributed
Joseph Davis says viewers can expect a musical performance unlike anything else they have ever witnessed on the Jazz and Blues stage. 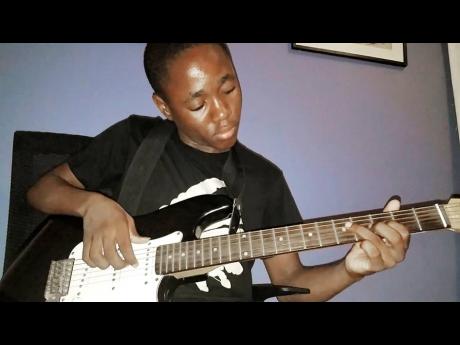 Contributed
Joseph Davis says viewers can expect a musical performance unlike anything else they have ever witnessed on the Jazz and Blues stage.
1
2
3

Seventeen-year-old Jamaican multi-instrumentalist, Joseph Davis, has been compared to American singer-songwriter Stevie Wonder. His ability to effortlessly deliver impressive vocal arrangements, accompanied by outstanding instrumentation, has set the youngster apart from many of his peers. In fact, his talent afforded him the chance of performing the Star-Spangled Banner. One may remember him for the spectacular arrangement at a virtual ceremony in US Vice President Kamala Harris’ honour last month. But while he is flattered by the Stevie Wonder comments and comparisons, Davis told The Sunday Gleaner that his ultimate goal in music is to build a brand for himself.

“I have heard those (the Stevie Wonder comments),” he laughed. “I have also had comparisons to Prince and Jacob Collier and when people hear my music and they are like ‘Oh, the new Stevie Wonder’ or ‘Oh, the new Prince’ or the new this or that. While all of that is honestly very flattering and an absolute honour, I don’t want people to see me through their eyes. I want people to see me,” he shared.

The youngster said he want to chart his own path. “I want to make a name for myself so that other people coming up can have a point of reference and say ‘Oh, I want to be like Joe Davis. I’m really trying to build my brand, and that is why I am bringing my unique flavour to different things. That’s why I take a song and make it into a Joe Davis standout. I don’t want people to think I am imitating someone else; I want them to see me as one of the musicians that explored his umbrella of talent and made a name for himself. I want people to be able to hear my work in the future, and even when they don’t see me, they say, ‘Oh, that’s Joe Davis,’” he said.

With that in mind, the multitalented artiste has joined the line-up for the Jamaica Jazz and Blues Festival, set to take place next weekend. Having received a vast amount of attention via the Kamala Harris performance, Davis is hoping to use the international platform to make an even bigger impression on the world. The musical prodigy, who plays 12 instruments, including piano, drums, bass guitar, electric and acoustic guitar, and the euphonium, is excited to be on the show.

“I knew about the Jazz and Blues Festival. It wasn’t something that I was able to attend as a child, but I was definitely aware of it. My family would go, and when they came back an talked about it, I would listen to the conversations intently and be like, ‘Wow, I want to be able to go there one day, and so it’s such a huge honour for me to be on this platform, especially since this time last year I never, ever would have seen myself being anywhere near a stage like that,” he said. “I major in Jazz piano at the Idyllwild Arts Academy in California, and so it is actually a perfect fit for me. I am happy to be able to do a set on my own, but even if it was going to be in somebody else’s set, that would have been amazing too,” the musician shared.

Davis says viewers can expect a musical performance unlike anything else they have ever witnessed on the Jazz and Blues stage. He said that having always wanted to perform at the event, he will be going all out for his début. “I have never done my own set like this. Me playing all of the instruments onstage is something that I haven’t actually done before, especially not at the same time, so being able to jump around on different instruments, sing, and have the stage at my command and being immersed in music with myself, it’s incredible. This will be my début performance as a multi-instrumentalist musician, and to be doing it on a stage like this, it’s special,” he said.

The Montego Bay native is looking forward to showing his many talents. “When I say I will be jumping from instrument to instrument, I literally will be jumping off of an instrument and jumping on to another. I have a couple of tricks up my sleeve that I am not willing to reveal just yet, but I am going to be performing originals, a tune by Stevie Wonder, and so much more. It’s going to be a performance that gives a good first impression of me, so I start off with a bang.”

Speaking of making a good first impression, Davis says his ultimate goal with his Jazz and Blues début is to show the world that Jamaica is more than just reggae and dancehall. He said that as the home of those two genres, people tend to believe that’s all the musicians from the island can do, but he wants to prove them wrong. “I feel so honoured to have this opportunity to start my career and show people what can come out of Jamaica. I know on an international level people see Jamaica as the hub of reggae and dancehall, and we are that, but I want to show the world that we are so much more,” he said.

“Reggae and dancehall aren’t the only things that can come out of Jamaica. Our musicians can be R&B. We can be soul. We can be jazz. Those are also something that we can do and show that Jamaica is a country that’s well rounded in music.”