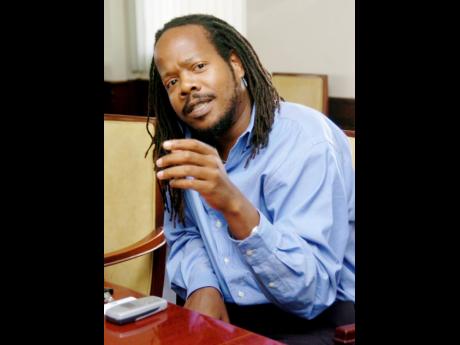 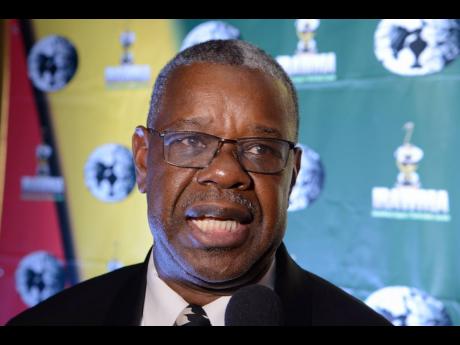 File
Jamaican entrepreneur, publisher and TV personality, Ephraim Martin, who is the founder and chairman of the Chicago Music Awards, said while he was a bit surprised by the fact that Kanye West is this year’s recipient, the rapper and Chicago native had come out on top of the other nominees in the category. 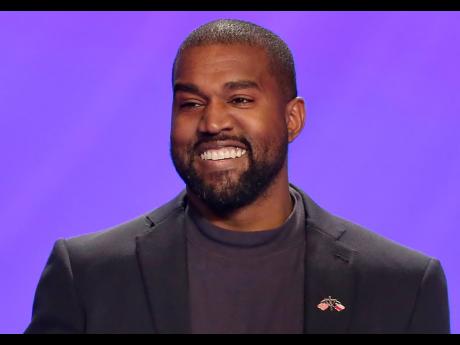 AP
US rapper Kanye West will be awarded the Marcus Garvey Award for Global Contributions to Humanity by the 39th Annual Chicago Music Awards.
1
2
3

On the final day of Reggae and Black History Month, controversial US rapper, Kanye West, will be honoured with an award named in honour of Jamaica’s first national hero and the leader of the pan-Africanism movement, which sought to unify and connect people of African descent worldwide.

West will be awarded the Marcus Garvey Award for Global Contributions to Humanity by the 39th Annual Chicago Music Awards. However, Steven Golding, president of the Universal Negro Improvement Association (UNIA), an organisation founded by Garvey and dedicated to racial pride and economic self-sufficiency, says that somehow, this “doesn’t portray the pan-Africanist that Marcus Garvey was”.

The 43-year-old rapper, known for his provocative statements and who ran for the office of US president last November, under the Birthday Party, told TMZ in a May 2018 interview that slavery was a choice. “When you hear about slavery for 400 years ... For 400 years? That sounds like a choice. You were there for 400 years, and it’s all of y’all. It’s like we’re mentally imprisoned,” Kanye said.

Months later, he offered an apology of sorts. “I don’t know if I properly apologised for how that slave comment made people feel, so I want to take this moment right now to say that I’m sorry for hurting, I’m sorry for the one-two effect of the MAGA hat into the slave comment.”

Jamaican entrepreneur, publisher and TV personality, Ephraim Martin, who is the founder and chairman of the Chicago Music Awards, told The Sunday Gleaner that while he was a bit taken aback by the fact that Kanye West is this year’s recipient, there was really nothing that he personally could do about it. “Ask me about Common,” he quipped when quizzed about Kanye being so honoured.

“Kanye getting this award is kind of a surprise to me. But he has been making contributions to different countries, and he came out on top of all [the other persons] nominees in that category,” Martin explained.

West made a number of donations in 2020. In the United States, he made a US$2-million donation to support the families of George Floyd, Ahmaud Arbery and Breonna Taylor. The donation included funding for the legal fees for the Arbery and Taylor families, along with black-owned businesses in crisis in his native Chicago and other cities. The rapper also established an education plan, which would fully cover the college tuition for Gianna Floyd, the 6-year-old daughter of George Floyd. According to the Chicago Sun Times, he made a donation to We Women Empowered, which delivers three meals a day to senior citizens during the coronavirus pandemic. Regionally, he supported Buju Banton’s Buju Banton Foundation by donating laptops and desktop computers to staff and residents at Sunbeam Children’s Home and Manchester Boys’ Home. In October, he tweeted that he was in talks with the Haitian Government to build a “new city of the future”. He said the initiative would bring jobs and development, and help support local farmers and fishermen.

Golding noted that handing such an award to Kanye West doesn’t quite fit Garvey’s curriculum.

“Measuring in terms of Garvey’s philosophy, I don’t think this quite fits his curriculum. Marcus Garvey was a man of principle, and by invoking his name, you are invoking everything that he stood for. He is considered the modern father of pan-Africanism and the measuring stick of African liberation and African unity,” a passionate Golding stated.

Emphasising that “Marcus Garvey is our first national hero and the earliest black icon of the 20th century,” he explained that Garveyites don’t have a copyright on his name. “Garvey’s name has been used on so many things. I even saw a pizza shop run by Italians in New York named after him, but it was on Marcus Garvey Boulevard. The truth is that a lot of civic groups in the US, other pan-African groups around the world, the OAS and even us, the UNIA have Marcus Garvey awards. And, unfortunately, a lot of times, recipients are chosen for their celebrity status and the attention that they can bring to the event,” Golding pointed out.

He had a word of caution for the organisers of this particular award. “I can tell them that they will be getting a lot of questions about this, just as I am getting now.”

Explaining the reason for naming the award in honour of Garvey, Martin stated, “When we started in 1982, music was the expression of the voiceless people of the world. Peter Tosh was with us supporting the award, and the intent was to keep Marcus Garvey at the forefront and get him pardoned.”

He noted that philanthropist, entrepreneur, and recording artiste, Willie Wilson, who has resided in Chicago for over 50 years and was one of the first black owners of a McDonald’s restaurant, was also a nominee in the same category as Kanye. “He is very active and is known for giving away money to people who can’t pay their light bills, but Willie Wilson has received the award already. And there were a few other persons from Chicagoland. I don’t know if Kanye would be my first choice,” added Martin, who is also the founder of the International Reggae and World Music Awards (IRAWMA).

The IRAWMAs, scheduled to be held on May 2 under the theme ‘Reggae/World Music Still Rise’, also have a Marcus Garvey Humanitarian Award named in honour of the national hero.