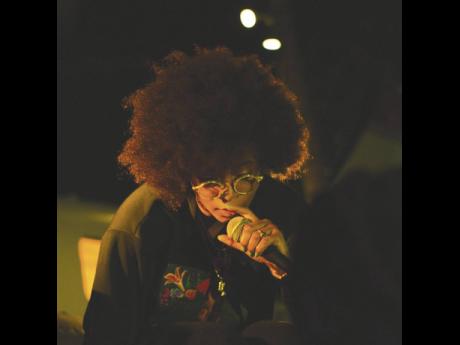 Contributed
Lila Iké performs at the inaugural staging of the Dubby’s Awards. The ‘Where I’m Coming From’ singer walked away with two awards. 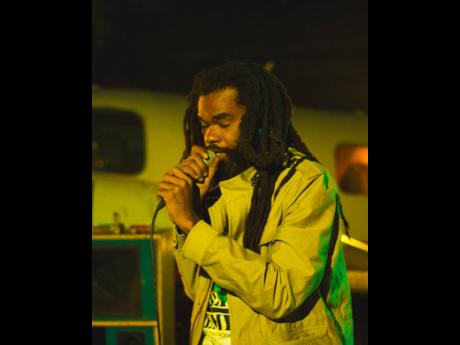 Lila Iké, Protoje, Koffee and Chronixx were the big winners at the inaugural staging of the Dubby’s Awards. Lila Ike walked away with the award for Best Reggae Album/EP (Female) for her project, The ExPerience, while Protoje won the award on the male side in the same category for his album, In Search of Lost Time. Koffee nabbed a Dubby for Best Reggae Single (Female) for her critically acclaimed single, Pressure, while Chronixx copped the male award in the same category for his single, Dela Move.

The Dubby’s Awards is the brainchild of co-creator of Dubwise Jamaica, Jason Panton. In an interview with The Gleaner back in January, Panton said that after years of requests from music practitioners for a global reggae award show hosted in Jamaica by Jamaicans, he and his team decided it was time to answer the call. Albeit virtual and not devoid of the usual technical difficulties associated with such events, Panton said the response for the début of the Dubby’s was overwhelming. He added that the show, which was live-streamed on the Dubwise Instagram page on Saturday, provided a good curtain closer for Reggae Month and its celebratory events.

“This was our first time hosting an awards show, and we made our début in unfamiliar territories as far as the virtual stage goes, and so we had some issues with the Internet. That delayed the event for about an hour, and we apologised to those who had tuned in on time. They were very patient, and when the show got started, we made up for it,” he said. “We had some really great performances, our hosts did a stellar job of bringing the Dubby’s to life, and I have literally been receiving overwhelming responses.”

Panton said he believes a big part of the overwhelmingly positive response he has been getting has to do with the fact that Jamaicans longed for an award show that rewarded the best local talent, not just out of popularity but out of sheer hard work. “Chronixx called me and said, sincerely, this was the only award he would accept publicly because he felt like it really represented us. Protoje said the same thing. Keznamdi is in California, and he called me after and was like, ‘Bro, this is the biggest thing for us’. He said, ‘Now we feel like we a work towards some sort of real recognition,’” Panton shared.

He said the inaugural staging of the event had achieved its objectives. “I think we accomplished what we set out to do. The show felt ‘rootical’, authentic and grounded. When things are done for the right people, with the right people, and for the right reasons, it emits an energy even over the Internet that people can feel. It’s undeniable the effect that Dubwise has had on the culture over the years, and the Dubby’s are set to have that same effect,” the organiser said.

Having got the début staging out of the way, the team is already looking forward to the next Dubby’s. “For the next event, we definitely want to introduce more categories, especially where dancehall music is concerned. We can’t have an award show that recognises Jamaican music without including dancehall music,” he said.

He added, “We never really had any sponsors this year, and I kinda like that because sponsors in Jamaica can get greedy and want to take over yuh thing. I want a partnership, and so I have to find the right fit. I want to find someone who believes in this thing but doesn’t want to outshine the Dubwise brand because this ting is for the people. So if it means I have to do this for five more years without a dollar from any sponsor, I will do it.”

Protoje – In Search of Lost Time

THE NEW COUP BREAKOUT ARTISTE OF 2020