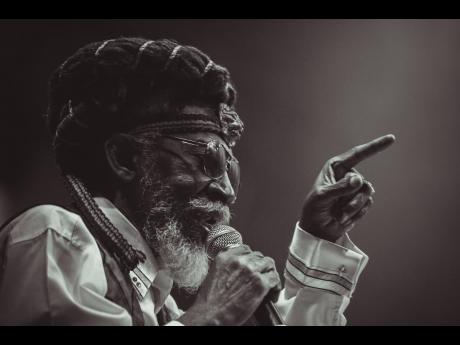 Claud-Michael Pringle
Bunny Wailer died this morning at the Medical Associates Hospital in Kingston. He was 73.

The 73-year-old legend passed away minutes to eight this morning at the Medical Associates Hospital in Kingston, his manager Maxine Stowe confirmed to The Gleaner.

"The family will be putting together a release to officially announce Jah B's passing," Stowe said.

The reggae icon suffered what was reported as a minor stroke in 2018 and a subsequent one last year, shortly after his partner of 50 years, Jean Watt, went missing. He had been in rehabilitation, with Stowe constantly by his side.

Bunny Wailer, whose real name is Neville O'Riley Livingston, was an original member of reggae group The Wailers along with Bob Marley and Peter Tosh.

A three-time Grammy Award winner, he is considered one of the long-time standard-bearers of reggae music.

Marley and Tosh predeceased him.