Chicago actress dies in Ja due to ‘complications from COVID’ 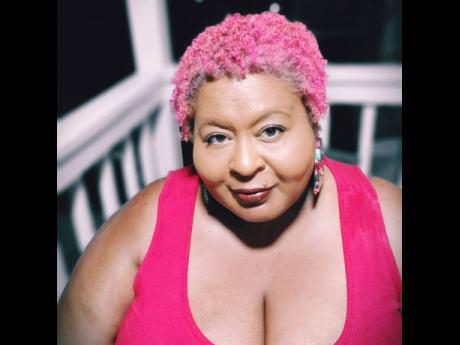 Contributed
Erica Watson, who friends say was living her best life in Montego Bay, Jamaica, is said to have died on Saturday from COVID-19 complications, one day after her 48th birthday.

Reports are that Chicago actress and stand-up comedian Erica Watson, who friends say was living her best life in Montego Bay, Jamaica, died on the island on Saturday from COVID-19 complications. Her death occurred one day after her 48th birthday.

The Chicago Sun Times, ABC Chicago, and BET have all reported on the passing of Watson, who was known for her role as Miss Tiny in Season 1 of Lena Waithe’s Showtime series The Chi.

On Sunday, Erica’s brother, Eric Watson, confirmed her death on Facebook. “We are not taking this easy. Please respect our privacy right now … as we make arrangements to bring my sister home. Keep us in your prayers.” Eric has since created a page on EverLoved, a community where persons can write tributes and also make donations. The page clearly states that “funds are being collected and dispersed by Eric Watson, Erica’s brother”.

It states further, “Thank you so much for everyone’s support during this difficult time. Any donations that you would like to provide can be made on this page. In lieu of flowers, please consider a contribution to Erica Watson Memorial.”

Lynx Garcia, who describes herself as one of Erica’s closest friends, explained the circumstances that led to Watson’s death, on Facebook. “On February 27th, one day after her 48th birthday, Erica Faye Watson died due to complications from COVID. She was living her best life in Jamaica, fell in love and got married, was living a healthier lifestyle, swimming and was just glowing and so beautiful and the picture of joy. It’s a tremendous loss for the plus-sized community, for the world. Condolences to her husband, to the entire Watson family, to her friends and everyone who loved her. Thank you all for all the love and support you have given her throughout the years; you all meant so much to her.”

Erica Watson described herself as a blogger for the HuffPost, contributor for Windy City Live, The Jam, Good Day Chicago, EbonyMag, TV Guide Network and HLN.

On Monday, the Chicago chapter of the National Association of Black Journalists (NABJ) released a statement on Watson’s passing.

“Erica Watson was a dear friend of NABJ Chicago. She was a servant leader who, despite her multiple projects and initiatives, always put her community first. That extended to our mission of media inclusion and diversity. That shared passion, combined with her unbridled talent and joyful spirit, make for an incredible loss for Chicago. She loved her hometown, and we loved her back. Rest in power, sis. We send our heartfelt condolences and prayers to the Watson family.”

Windy City Live also paid tribute. South Side businesswoman Qiana Allen, for whom Watson was publicist, is quoted as saying that Erica Watson was working remotely from Jamaica due to concerns she had regarding COVID-19 in the States.