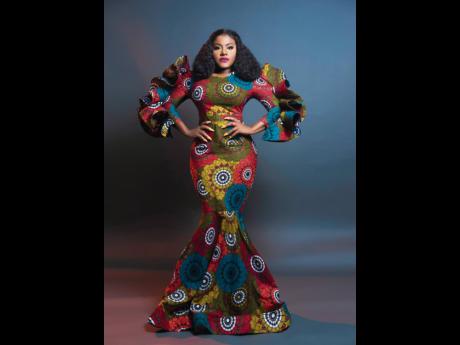 Contributed
Etana, who recently debuted a head-turning, new look is getting ready to release a special new album.

A romantic love song with Vybz Kartel on what she calls a “sexy Afro-pop rhythm”; a Damian ‘Jr Gong’ Marley collab, on which he drops the “wickedest verse ever”; a dancehall-Afrobeats fusion with Ghanaian Afropop, dancehall-reggae singer, Stonebwoy; and a cover of the classic Malaika by South African singer and civil rights activist Miriam Makeba are some of the elements that comprise Etana’s properly packaged album Pamoja.

It has been suggested that the Strong One is treading in uncharted waters on this album, but she is characteristically bold and unafraid. In fact, she is also downright excited. “This album is special,” Etana, who recently debuted a head-turning, new look, told The Sunday Gleaner. “I took a different step. Time changes; people change, and with the new times comes new music. I did a cover of Miriam Mackeba’s Malaika, and this is the first time I am doing a song in full Swahili, for example,” she said. Always conscious of her roots, Etana hailed Makeba for her potent message and vision for Africa and noted, “We have to carry on the fight”.

In regards to her musical journey, it is also, perhaps, the first time that she has ventured so deep into dancehall and with a name that is sure to raise quite a few impeccably painted-on brows. Etana admits that it already has and laughed as she shared an anecdote. “When my stylist heard the collab for the first time, she asked, ‘Who dat, Vybz Kartel?’ and I said, ‘Yes’. Her response was, ‘Him a go talk bout whole heap a things that not supposed to be on a Etana album.’ But then she listened to the words, and she went, ‘Oh wow!’ And she listened again. What people need to know is that it is an Etana album, and he understands that because Kartel is brilliant,” the Grammy nominee stated. The Vybz Kartel-Etana collab is titled All My Love and will be the second single to be released from Pamoja.

Etana shared that the album has been ready since last year October, and she is as satisfied with the finished product as she has been with the entire process, which saw her reaching out to prospective collaborators, whose quick response was admirable. “Damian Marley took about two weeks and sent it [the song] back with the wickedest verse. Stonebwoy was also an easy collab. I sent him the track, and he sent it back in less than a week. I had actually met him backstage at a festival in Europe, and he was so real, so cool and down to earth that I told my team that I wanted a collab with him,” she recalled.

Proppa, the collab with the Ghanaian star, is the album’s lead single, and it is making inroads, particularly on the continent which Stonebwoy calls home, and also the place where Etana has an ever-growing fan base. “It is one of the fastest-growing songs I have ever released, especially in places like Ghana, Kenya, and Senegal. In 2008 and 2010, we visited Ghana, and the reception was massive,” Etana recounted. She emphasised that Kenya and Tanzania love reggae, “and I think that Afrobeats is bridging that gap among all Africans”.

Pamoja, which reflects Etana’s love for Swahili, means ‘together’, and, essentially, it describes the concept of the Warrior Princess’ eighth studio album. “I want to bring all African people together, to encourage unity, whether you are in America, or the Caribbean, or any part of the world. The black African family needs to be kept together, and we have to be aware of the importance of our legacy and the fact that children are our legacy, and we must do what we do with intention and not leave anything to chance,” she said passionately.

One reason for Etana holding back the release of this album is the fact that nine months ago, in June 2020, she dropped a full-length, 12-track offering titled Gemini, which she is giving more space to breathe. Gemini scored three top ten songs in the iTunes charts worldwide with Truly, Bubble and Hundred on the Highway and continues to rack up streaming numbers.

Although it may appear that way, making well-produced albums wasn’t the only pastime for Etana during the COVID-19 lockdown, which she admits was initially quite difficult and confusing. “I went through a brief period of confusion, not sure what this thing is, not knowing what’s going to happen. But as it worked out, that long pause had a lot of value. I bonded with my girls in a different way. When I’m on the road, we Face-Time throughout the day, but being with them was another level, and I realise that different decisions will have to be made moving forward,” Etana shared.

She also used the time to broker new deals and to go through all her contracts from the start of her career, and she found some irreconcilables and is now in the process of starting litigation against one company.

Etana told The Sunday Gleaner that she is eagerly looking forward to the return of normal. “I know things will never be the same as before, but some familiar [elements] would be good. I don’t like the virtual. I love the energy that I get from and give to my audience,” she explained.

Her last live show was in New Zealand in February 2020, and she returned to the US, just on the cusp of the pandemic. “I was returning from New Zealand, and when we landed in the US, we could see the TV screens in the airport showing CNN. The newscast was about the virus and its affiliation to China. It so happened that I had landed with a planeload of people from China, so everybody was panicking,” she recalled, able to smile in retrospect.

She added, “Throughout history, we have passed through some dangerous times. It’s 2021 now, and we have much more resources, so we will get through this difficult time, especially if we do it together. Pamoja.”