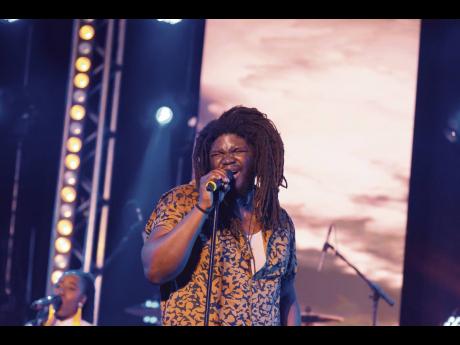 Contributed
Mortimer eased through his performance of ‘Style and Grace’, ‘Rock and Come In (Nice Up the Scene)’, ‘Fight the Fight’, and hit single, ‘Lightning’. 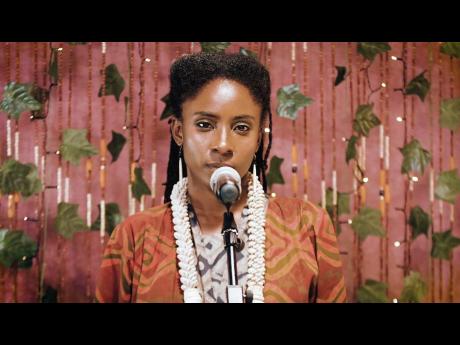 Contributed
Jah9 effortlessly served up roots reggae from the soul. 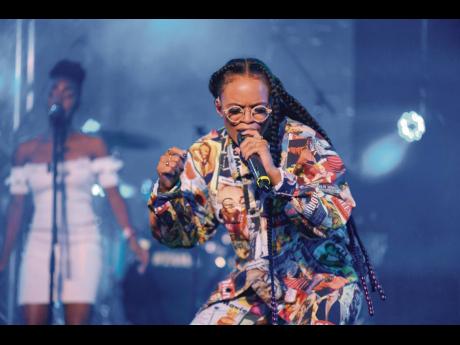 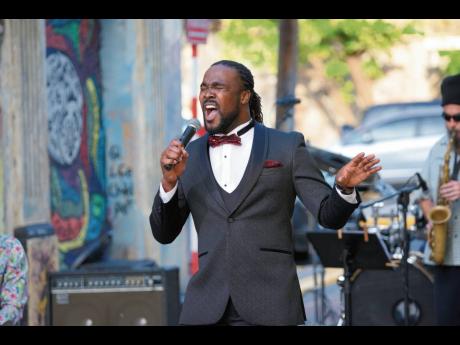 Delivering on their promise of bringing back the magic, organisers of the Jamaica Jazz and Blues festival served up an enchanting three-night musical offering that no doubt left online viewers mesmerised.

Following Thursday night’s magnificent opening night, which featured a world-class set from Jamaica’s 17-year-old instrumentalist extraordinaire, Joe Davis, Friday’s showcase carried the event to new heights. Magical was indeed the only word to describe the virtual show as each performer unleashed a musical onslaught that not only reminded the world of the force that is the Jamaica Jazz and Blues festival, but one that will leave viewers spellbound for years to come.

For a show that would usually see performances from veteran entertainers, festival coordinators had evolution on the brain when they added the likes of Lila Iké, Jah9 and Mortimer to Friday night’s line-up. Hoping to expand on the Jazz and Blues brand, organisers injected a triple dose of youthful energy into the show. And following the spectacular showcase the three newcomers dished out to the online world, it’s safe to say that mission was accomplished.

Raising the curtains for the second night of the magical musical event was Manchester musician Bunny Rose. Being the evening’s opening act could not have been easy, especially with Jah9, Lila Iké and Mortimer also on the line-up. Nonetheless, the entertainer blossomed in a way only a ‘Rose’ could. Staying true to his goal of adding an international flavour to Friday’s showcase, the singer delivered soulful renditions of songs from world-renowned performers, including Michael Bolton, Billy Ocean, George Benson and John Legend. Set against the backdrop of Jamaica’s vibrant art district on Water Lane in downtown Kingston, Rose’s powerful voice brought to life songs such as Caribbean Queen, How am I Supposed to Live Without You, Nothing’s Gonna Change my Love For You and All Of Me. While he performed, a nostalgic flood swept through the comments section as lovers reminisced on the nights they would cuddle up beside their significant other underneath the stars. Some indicated that although that was not physically possible this year, they were grateful they could activate their imaginations and recreate the memories through the music from the virtual show.

Rose made way for the band, Earth and the Fullness. Their biography describes them as a creative project which makes beautiful, roots reggae sounds of upliftment, and they embodied that to the fullest. Taking their cues from lead singer Olivia Wilmot, the group took the baton from Rose and carried on the show’s momentum, mixing their roots reggae sounds with the sultry sweetness of jazz. They handed off to Eye of the Brainstorm, another musical group who dished out a serving off jazz, this time mixed with hip hop. They also did well to maintain the show’s high standard and their goal to expand the Jazz brand to include young talent. Becky Glacier held his own in what was also his first time on the Jazz and Blues stage.

Jah9 was the first of the main acts to hit the stage. Joining the virtual space all the way from Tanzania in Africa, the empress brought with her every ounce of black girl magic that she could. Trodding on to the stage barefooted and regally dressed in African prints, Jah9 effortlessly served up roots reggae from the soul. Declaring that even with everything happening in the world, togetherness was still possible, the singer soothed any vexed spirit and quelled any negative energy with her soft yet, beautifully commanding and relaxing vocals.

Her 30-minute set saw her serving up songs such as Note to Self, New Name, Love Has Found I and Don’t Let Me Be Misunderstood. An unapologetic, firebrand performer, Jah9 is known for spreading messages that encourage black people to embrace their roots. But on Friday, she showed a side of her not often brought to the fore, and viewers got to see that as a bold, African woman, she is capable of being sexy, vulnerable and, of course, in love. All the feelings that are usually associated with the genre of jazz and blues.

Lila Iké, one of the female dynamites to rise from Protoje’s In.Digg.Nation camp, also made her Jazz and Blues début on Friday night. Showcasing just why she is one of the hottest rising stars out of Jamaica, Iké delivered hit after hit, hypnotising the online world with her smooth vocals. I Spy, Second Chance, Forget Me, Where I’m Coming From, and Solitude were some of the songs Iké served up as she stamped her class on the Jazz stage, fulfilling a childhood dream.

“I feel good about my performance tonight, and I just want to say thank you to the organisers for seeing our potential and giving us the chance to show the world what we can do,” she told The Sunday Gleaner in a recent interview. “Everybody knows Jazz and Blues was like a real huge festival in Jamaica, so many greats have passed through Jazz and Blues, and so for me to now be added to that legacy, it’s a lovely thing, and I feel honoured.” In interviews leading up to the virtual event, the singer said it was always her dream to grace the Jazz stage.

Mortimer told The Gleaner that he, too, was happy to have been offered the chance to showcase his talents on the well-established platform. Expressing sadness at the show’s brief hiatus in 2015, Mortimer said he was glad to see the event return and said he is looking forward to the day the show can be held in a physical setting once more. “This is a great platform for young artistes like myself. Jazz and Blues is a world stage. I remember some of the international acts that would come to this show. It was truly something special, and I am just so grateful to have been a part of it. All that is left now is for us to one day unite in a physical setting once more,” he said.

Mortimer held his own on stage as he served up songs including Style and Grace, Rock and Come In (Nice Up the Scene), Fight the Fight and, of course, his hit single, Lightning. Although his set was more roots reggae than jazz and blues, his raspy voice and easy-going attitude on stage made his performance much more than palatable. And there were zero complaints from virtual viewing land as fire emojis lit up the screen from the start of his performance until the end of his 25-minute set. There could not have been a more fitting close to Night Two of the virtual return of the Jamaica Jazz and Blues festival.