Bounty ‘humbled’ by shares in Triller after company buys Verzuz 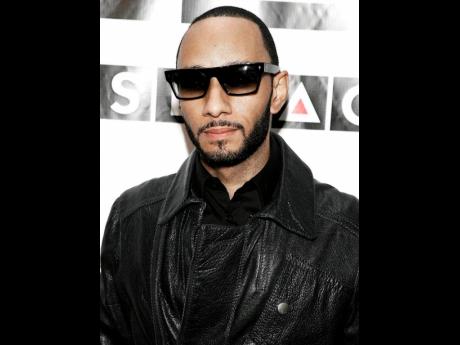 File
Sharing news of the deal Swizz Beatz tweeted, ‘Finally something that the creatives own officially’. 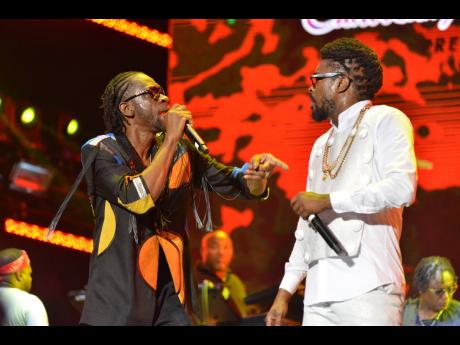 File
Jamaican dancehall giants Bounty Killer (left) and Beenie Man are among the Verzuz performers to receive equity stake in Triller Network. Bounty Killer said he is humbled by the inclusion.
1
2

Reports that Verzuz creators Timbaland and Swizz Beatz have sold their popular livestream song-battle franchise to Triller Network came with some empowering news for all the artistes who have been part of the historic battles, including Jamaican dancehall giants Bounty Killer and Beenie Man.

Billboard magazine reported that Swizz Beatz and Timbaland have allocated part of their equity stake to the 43 performers who have appeared on Verzuz to date. Taking to social media shortly after the announcement, an enthusiastic Swizz Beatz stated, “Finally something that the creatives own officially!!!! @timbaland, it’s showtime!! By the [artiste for the artiste] with the people!!! #Verzuztriller .... @triller @verzuztv Life begins after your comfort zone...... Let’s go........Thx for all your support.”

According to the terms of the agreement, Swizz Beatz and Timbaland will join the Triller management team to help oversee music and other company strategies and become large shareholders in Triller Network. The agreement marks the end of Verzuz’s relationship with Apple Music.

Dancehall veteran Bounty Killer, in an interview with The Gleaner, extended his congratulations to Triller Network on the acquisition, and said he was “very happy for music legends Swizz Beatz and Timbaland”.

Bounty added, “This is a great team up and a definite win for us as reggae music artistes to be included in an international deal such as this. I look forward to seeing where this partnership will take our music and the music business on a whole. I wish Swizz Beatz and Timbaland even greater success for the future with this new chapter of their business partnership which is unfolding.”

Triller Network, the parent company to Triller, the app, a TikTok competitor, announced the deal on Tuesday. Financial and other details of the sale have not been disclosed.

For Bounty Killer, who has not performed in the US since 2010, the Verzuz virtual stage last May opened the door for half a million fans to witness him live on a platform that saw mega music celebrities rubbing shoulders virtually, as they witnessed a history-making performance by him and former rival, Beenie Man. In the days after the battle, both artistes saw incredible increases in their streaming numbers. A spike of 216 per cent in music streams followed their US Memorial Day showdown.

Bounty Killer told The Gleaner that he was humbled by Swizz Beatz and Timbaland’s inclusion of himself and Beenie Man in this acquisition deal and expressed “extreme appreciation to Verzuz for the opportunity to have performed on the platform and the extended reach that the platform has afforded him”. Bounty Killer has also since been named an ambassador for telecoms giant, Digicel.

“This is such an unexpected honour for Bounty at this time, and he is grateful for the inclusion as stakeholder,” his manager, Paul ‘Bankey’ Giscombe, said.

“This is the beginning of great things to come for Jamaican music, dancehall and reggae,” Bounty declared.

Swizz Beatz and Timbaland told Billboard magazine that it was a momentous occasion and that they “couldn’t be happier to be elevating Verzuz and Triller and to recognise, in a very real way, all of the artistes who have helped make Verzuz the global phenomenon it is today”.

Bobby Sarnevesht, executive chairman and co-owner of Triller, in announcing the acquisition, stated, “Both Triller and Verzuz share the ‘[artiste] first, music first’ vision. We view this acquisition as more of a partnership than an acquisition, as Swizz, Timbaland and the other 43 [artistes] who are all becoming shareholders and partners in Triller Verzuz from this day forward become our voice.”

Swizz Beatz and Timbaland co-created the Verzuz Instagram Live series in 2020 during the COVID-19 quarantine lockdown. They had hundreds of thousands of fans glued to their devices as two prominent producers, singers or songwriters showcased their catalogues for entertainment purposes and also for bragging rights.