Call for manager to return sceptre, cease all engagements on family’s behalf 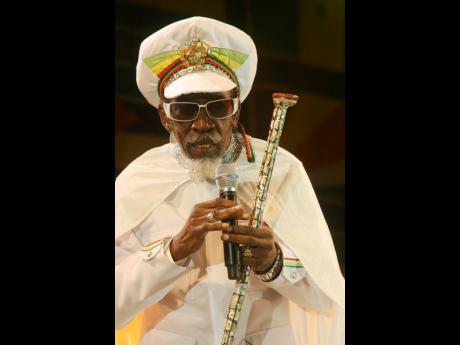 File
Bunny Wailer, a co-founder of iconic reggae group The Wailers, passed away on March 2. In a joint statement, his children called for Maxine Stowe, his manager for almost a decade, to return his sceptre. 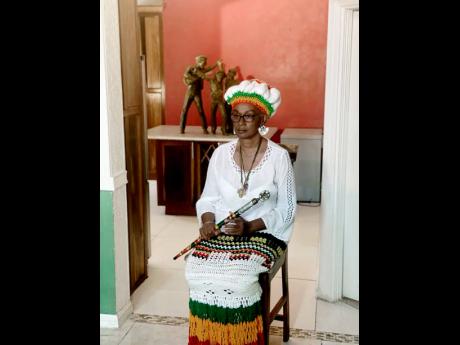 Contributed
Maxine Stowe with Bunny Wailer’s Solomonic staff, which she says is for protection.
1
2

Following a family meeting last week, the children of reggae icon Bunny Wailer have released a joint statement about their focus moving forward, who is authorised to speak on behalf of the family, while also making a case for the return of their father’s sceptre. Requesting time to grieve the loss of their father, they pledged that afterwards, “through our attorney-at-law, Mr Bert Samuels of Knight, Junor & Samuels, we will address the negative and erroneous narrative that is being promulgated”. According to the release, under Samuels’ signature, the 13 children are now concerned with burying their father “with the respect and honour befitting the King,” and continuing the search for Jean Watt, who was Bunny Wailer’s partner of over 50 years.

“We are asking everyone to continue sharing her picture and the documentary on YouTube, WailnSoul: Searching for Sis Jean, to assist us in finding her,” the children implored.

In an interview with The Gleaner, Bunny Wailer’s daughter, Kamara Livingston, said that the reward of $1 million is still on offer for information leading to Watt’s safe return. “We are now getting more phone calls about Sis Jean, and hopefully, the media attention will put some fire on the search,” Livingston stated. She said that Watt’s disappearance had such a profound impact on her father that he was never able to recover from the loss.

“Her disappearance has also affected us, her children, borne by different mothers, but in true African tradition, we will always continue to love and recognise Sister Jean as our mother!” the release stated.

There is also reference to a thorny issue, the position of Maxine Stowe, who has been Bunny Wailer’s manager for almost a decade, and who has been referred to as his caregiver and business partner. Stowe was described as “unsupportive” and “a large source of additional stress”.

“We recognise that Maxine Stowe has worked as a manager for Bunny Wailer, and for that, we say thank you. Our uncle, Carl Livingston, who is co-executor along with our brother Abijah, cannot legally represent us, neither can he, on his own, authorise Maxine as the family’s representative,” the release said.

The family shared that their uncle invited Stowe to a family meeting about Bunny Wailer’s burial plans, and there was a request for all parties to stay out of the media spotlight. “The days following, Maxine, in breach of the joint agreement, did interviews on radio, television and print media. Further, she has been announcing our private funeral arrangements to the public without our consent. Consequently, as Bunny Wailer’s children, we are asking her to cease and desist from all engagements on behalf of the Livingston family.”

There was also a plea for the return of Bunny Wailer’s sceptre, which Kamara Livingston said Stowe is “walking around with”. The release said, “Our father’s sceptre is sacred. This sceptre, along with his medallions, must be returned to the family to be buried with him, should we so decide.”

In an interview with Entertainment Report (ER) last Friday, Stowe had the sceptre with her. She told ER that it was “Bunny’s Solomonic staff, and I have it as a form of protection”.

The children of Neville O’Riley Livingston (aka Bunny Wailer) said that they “recognise that there is still a long road ahead, and that is why, now more than ever, it is imperative that we unite in our father’s love”. Bunny Wailer, a co-founder of iconic reggae group The Wailers, passed away on March 2 at the Medical Associates Hospital in St Andrew. He was 73.