Bread and Cameos – a year without income from Broadway stage 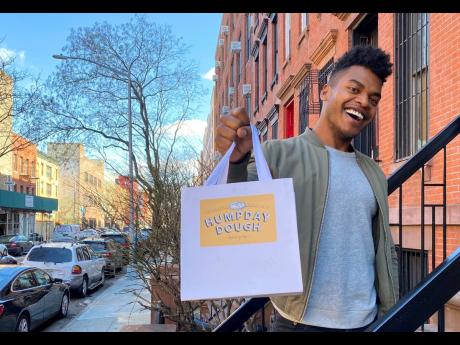 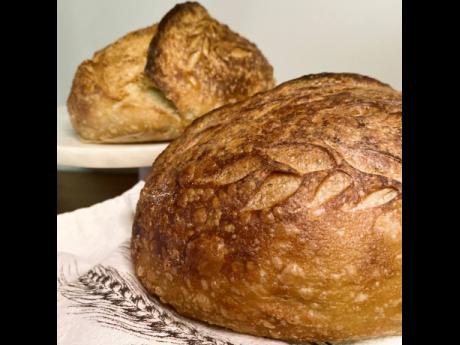 AP
Loaves of sourdough bread made by Broadway performer Max Kumangai are displayed in New York. 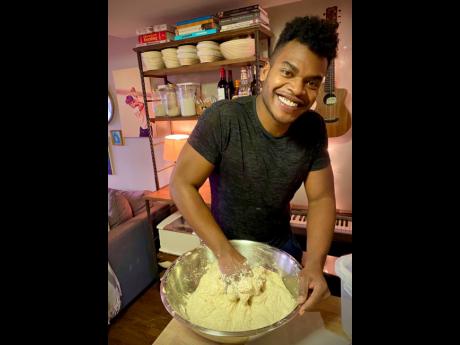 AP
BELOW: Kumangai makes sourdough bread from his apartment in New York. The triple threat from the musical ‘Jagged Little Pill’ has leaned into a fourth skill as the pandemic marches on: baking and selling his own sourdough.
1
2
3

A year ago, Max Kumangai was dazzling crowds with a jolt of live Broadway excitement. Now, he’s doing it with his bread.

The triple threat from the musical Jagged Little Pill has leaned into a fourth skill as the pandemic marches on: baking and selling his own sourdough.

From his Manhattan apartment, Kumangai delivers US$15 bread loaves or US$8 focaccia slices from his Humpday Dough company on foot or via subway.

“I wanted to make connecting with people – at a time when it was difficult to connect – a part of the business,” he says. “It’s feeding me figuratively and literally.”

With TV and film sets slowly gearing back up a year after COVID-19 hit, Broadway theatres are still shuttered, with no end in sight. That means people who make their living in live entertainment have had to be creative.

“This is a pay cheque-to-pay cheque profession. We are workers,” says Laura Benanti, a Tony winner. “It’s really deeply upsetting to me that there are so many people suffering, unable to feed themselves. They don’t have savings.”

According to a new report from the New York State Comptroller, employment for New York City workers in the arts, entertainment, and recreation sectors fell 66 per cent during the pandemic.

The drop – from 87,000 jobs in February 2020 to 34,100 jobs just three months later – marks the largest employment decline out of all sectors in the city’s economy. It has left Broadway workers, many who have lost health insurance, living on side gigs, stimulus checks, and unemployment assistance.

“I’ve had a lot of friends who just picked up and relocated and moved to different states because we’re staying in one of the most expensive states in the country,” says Jawan M. Jackson, a star of Ain’t Too Proud – The Life and Times of The Temptations. He pivoted to putting out a single, filming a movie, and got into commercials.

He wished government leaders would do more. “We kind of feel like we are just afterthoughts,” he said. “I just wish they would have been a little bit better during the shut-down for us because of the predicament that we’re in. But hopefully, it’s going to change. We’ll see.”

Others are more blunt: “These artists need to be protected. They need to be supported. This is dire straits right now,” said Tom Kitt, a Pulitzer Prize-winning composer. “This is the lifeblood of this city.”

Theatre work even without a pandemic is usually a piecemeal existence. Shows rarely run for years, and workers live a nomadic existence, jumping to new works every few years. These days, they’re even more piecemeal since people who make live theatre will clearly be the last back at work.

“You pick up things where you can. I know a lot of people that have taken on side gigs when they can. A lot of people have gone back to school,” said Derek Klena, a Tony-nominee. “You do what you can to get by.”

Musician Andrew Griffin had landed a great gig playing viola for Ain’t Too Proud when the pandemic shut down his steady gig. He has cobbled together a few live concerts, composed for a dance company, and done some consulting work.

He has seen people selling their instruments and their cars. One woman close to him has even sold her eggs. “It’s definitely been very challenging and very stressful in a lot of different ways,” he says.

Some of Broadway’s leading men – including Jeremy Jordan, Max von Essen, Corey Cott, and Adam Pascal – have turned to Cameo, which pays celebrities to make personalised videos for fans.

“I’ve clawed my way to paying those bills each month,” says Pascal, a Tony-nominee for Rent who has made his own rent this year teaching master-classes and with concerts. “Pivoting in whatever way I’m able to pivot.”

Some of Broadway’s leading ladies – from Patti Murin, Cassie Levy, Kerry Butler, Lilli Cooper to Ashley Park – have been coaching, singing, and answering questions virtually on Broadway Booker, which pivoted from hosting in-person events to online ones. A 30-minute private coaching session from a veteran can start at US$75.

“We thought, ‘Here’s an opportunity for not only us to help the Broadway community, but also to help everybody by giving them a chance to dance with people that they never would have.”

Bebe Neuwirth, a two-time Tony winner who also starred on Cheers, works with dancers on career transitions and worries about the losses to her art form from the pandemic.

“I know a lot of dancers are saying, ‘OK, I got to get a scholarship and go back to school and do something because I can’t make it work,’” she says. “Who knows what those dancers might have done if they’d stayed?”