Got To Be Toots! Second Grammy Award for Toots and The Maytals 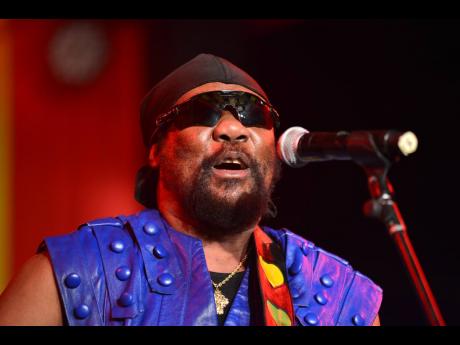 File
Toots and The Maytals, the band fronted by the late Frederick 'Toots' Hibbert won its second Best Reggae Album Grammy for 'Got To Be Tough'.

The late Frederick ‘Toots’ Hibbert has won his second Grammy award for Best Reggae Album with Got To Be Tough.

According to manager Cabel Stephenson, it was on the cards for Toots and The Maytals to walk away with the win.

“It’s a great moment and I am not surprised. I said it before that he was going to win the Grammy Award because of the hard work he put into it and also, we did an extensive campaign in the community, so we expected the result to be a positive one,” he told The Gleaner.

The announcement was made in the special pre-show dubbed the ‘63rd Grammy Award Premiere Ceremony’ and is being live-streamed at the Grammy’s official website.

In 2005, Toots and The Maytals won the Grammy Award for their album True Love, which Stephenson said he had also predicted.

“He got sick before the release of the album and the news of the nomination came after his death, but we continue to do the work,” Stephenson said. “It hurts to know Toots has left us; knowing his dreams, I know this would mean so much for him, as it is one of the dreams.”

Other nominations in the reggae category were: Higher Place by Skip Marley; Upside Down by Buju Banton; It All Comes Back To Love by Maxi Priest; and One World by The Wailers.