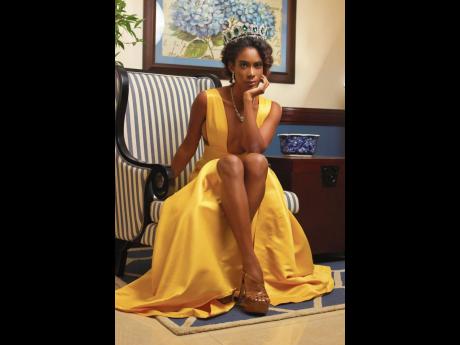 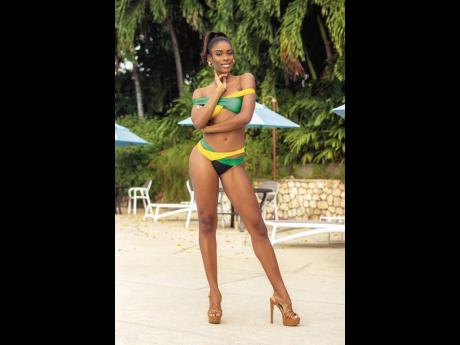 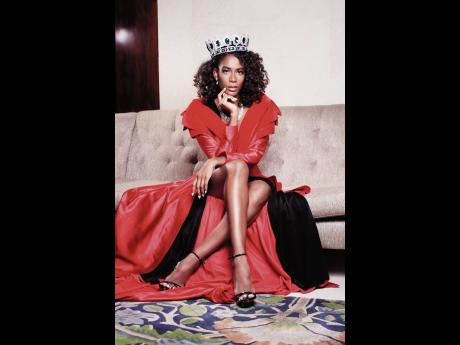 Contributed
If anybody asked Thomas three months ago where she planned to be today, 16,241 kilometres away in Thailand certainly would not have been on her mind. 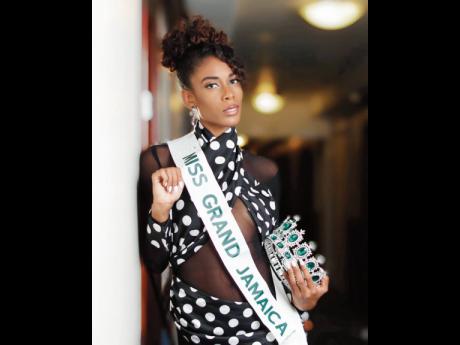 Contributed
Thomas said she hopes Jamaicans will support her in her quest for the Miss Grand International crown. 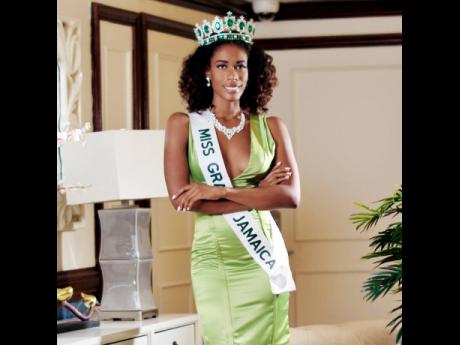 Contributed
The professional model, who is a Florida International University graduate, was second runner-up at the Miss Universe Jamaica 2020 pageant.
1
2
3
4
5

Monique Thomas is Jamaica’s girl in Thailand, where she is happily preparing to compete in the finals of the Miss Grand International competition, scheduled for March 27 at the Show DC Hall in Bangkok. But if anybody asked her three months ago where she planned to be today, 16,241 kilometres away in south-eastern Asia certainly would not have been on her mind.

“I surely did not expect to be halfway across the world representing Jamaica in a pageant at this time,” Thomas candidly shared with The Sunday Gleaner.

Thomas, a Florida International University graduate, who has lived in the United States and Italy and has travelled to over 15 countries, surely needed that kind of experience for the whirlwind that saw her competing, being chosen, fitting a wardrobe, and jetting off to a place far away, all in a little over a month, and while COVID-19 was still ravaging the land.

“I was surprised to be chosen, but I didn’t think twice about it. I am grateful for the opportunity. I didn’t have any fear about travelling [during the COVID-19 pandemic]. In fact, my only fear was that my flight would have been cancelled,” she recalled.

Having left Jamaica on February 26 for Thailand, the professional model, who was also the second runner-up at the Miss Universe Jamaica 2020 pageant, has been in quarantine at a hotel with all the other contestants from across the globe. But fortunately, she has a great view from her room of the hustle and bustle that is Thailand’s capital, Bangkok, and seeing some hotel workers in hazmat suits has also been quite novel. “I have been tested once already. Here at the hotel, we are given three meals per day, and there have been online activities to keep us entertained,” she shared, adding that she is “fascinated at how big the Miss Grand International Competition is”.

The official itinerary has a quarantine period of March 1-14, which is replete with activities such as in-room daily online contests and cultural learning. In the days leading up to coronation night, the contestants will enjoy an official photoshoot, sightseeing, a welcome ceremony, and a welcome dinner. Things start to heat up with the March 20 swimsuit competition, the interviews the following day, and the National Costume Competition three days later. A preliminary competition takes place on March 25, with show time on March 27.

Thomas describes her wardrobe as “very fun”. “It was in part designed by Andrew [one of the franchise holders] and me, and everything came together in a short time,” she said.

Miss Grand International 2020, named in the top five beauty contests globally, was originally scheduled to be held in Venezuela last October, but due to the pandemic, the organisers changed the date and moved the venue to Thailand. Now in its eighth staging, this is Jamaica’s third foray into the competition. This time around, the local franchise holder is Andwar International, which acquired national directorship only last December.

However, within two weeks of that being sealed up, they were told to get a contestant ready to send to Thailand by the end of February. That saw them turning to their friends over at Uzuri International for help.

“The Miss Universe Jamaica franchise holders, Mark McDermoth and Karl Williams of Uzuri International, have been extremely supportive. We owe them our gratitude and nuff big-ups. Through them, we were introduced to three of the Jamaican beauties who finished in the top five of the MUJ competition. After a series of interviews, photoshoots, and other activities, in January, a decision was made that Monique Alexandria Thomas would be the queen to represent Jamaica,” Andrew Harris, director, planning and events management for the group, said.

Pageant director Walter Davis said that his team had to “think smart, fast, and quick” to ensure that everything was smooth sailing, and that included marathon Zoom meetings as they coalesced their strengths. “We definitely want to ensure that we have the best chance of winning. Monique had a different level of confidence; she’s calm-spirited and possesses that element of beauty that is more than the outside. We know that Monique can win. She just needs to take that ‘Jamaicanness’ and that ‘Moniqueness’ and win,” Davis declared.

The group, which also comprises Raynor Allen, carefully planned their way forward and managed all the essentials, including coaching in speech, current affairs, food and nutrition, physical exercise and body toning; wardrobe design; local and international travel; photography; and videography. “We did all with a view to ensuring that Monique is properly equipped to compete fiercely and effectively in her quest for the international crown,” Harris stated.

Miss Grand International is not only about showcasing beautiful bodies. The competition also has an advocacy component, which has the elimination of war as its theme. “As can be seen presently, wars exist on many layers, from full-scale confrontations between nations to violence in the home. All of these wars must be eliminated if we are collectively to achieve true happiness. In an age where we are capable of reaching out to touch the stars, but we have forgotten to reach out and touch the lives around us, it is time for us to look inwards and use our combined ingenuity to make the world a better place for all humanity,” their website states.

Each contestant has been asked to choose a topic in sync with the ideals. “My focus is ending violence against women,” Thomas, who is a communications specialist, shared.

Excited at all that is to come, Thomas is depending on Jamaicans to support her in her quest for the Miss Grand International crown. “Jamaicans are known to rally around our competitors on the international stage, and I hope that everyone will be rooting for me,” she said.