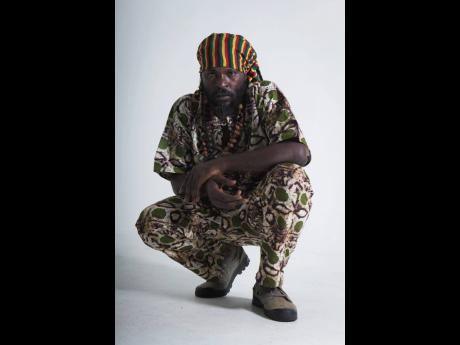 Farmer, writer and performer Ras Takura is thrilled that his Dis Poem Wordz & Agro Festival was represented at the first international edition of the Portugal-based Ronda Leiria Poetry Festival. Utilising a global platform, the festival has partnered with the cities of the UNESCO Creative Cities Network over 10 days, starting from March 12 and continuing through to March 21.

The organisers are hosting the festival on an online platform from Leiria and some hubs in Europe, the Americas and Africa, with speakers and performers coming together simultaneously. According to them, “In-between the tables, the interviews, the book launches and the concerts, over the 10 days, we will have poets from all over the world reading your poems, video-poems and small poetic performances, in a true poetic babel.”

Ras Takura, who made his presentation on Monday, told The Gleaner that although it was virtual, he is confident that he made a tremendous impact.

“I was invited by the UNESCO representative through the Ministry of Culture, and I accepted the invitation. I recited three poems and also did a presentation on seed exchange, which is a huge component of my annual poetry festival,” Ras Takura explained.

He said that he was specifically asked to share his knowledge on third-generation seed exchange, and in the festival’s bio, of him, it was said: “Ras Takura, Jamaican, introduces us to the Dis Poem Wordz & Agro Festival, in a new format for us: poetry at the service of agriculture sustainable development and seed banks.”

Following his performance, several persons and organisations have reached out to the agri-poet. “There are a lot of people wanting to learn more about this aspect of the poetry festival. Some of them are familiar with my work, and I am currently in dialogue to implement seed exchange in 25 other festivals, through the office of UNESCO,” an elated Ras Takura disclosed.

The founder of one of the most unique annual poetry festivals in Jamaica, Ras Takura, who is first and foremost a farmer, believes that through the practice of saving and exchanging local, natural, non-GMO heirloom seeds, the world can restore agriculture and ensure food security.

Dis Poem Wordz & Agro Festival was started on the campus of the College of Agriculture, Science and Education in Portland, Jamaica, in 2011. Four years later, Ras Takura planted the seed that would bear much fruit.

“What we do is ask persons to bring whatever seeds they have and trade them. For the first two years, we had to do a lot of promotion of this aspect, because a lot of persons didn’t understand the concept. At the festival, a tent is set up where all the seeds from persons who attend the festival are received. A pound of seeds, for example, can give you up to 30 smaller bags. So we package what we receive, label them and place them in an area where everybody can come and take up a few of these small packages,” Ras Takura explained, stressing that it was all free.