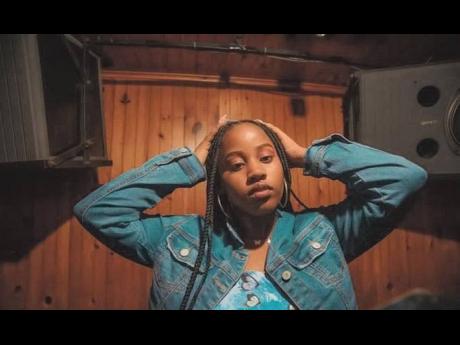 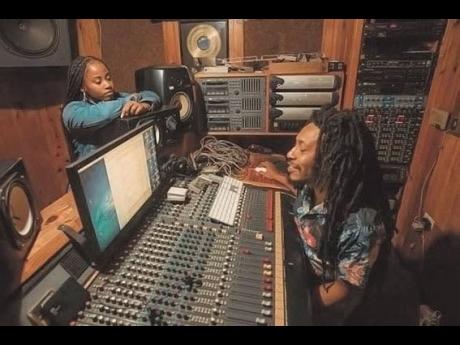 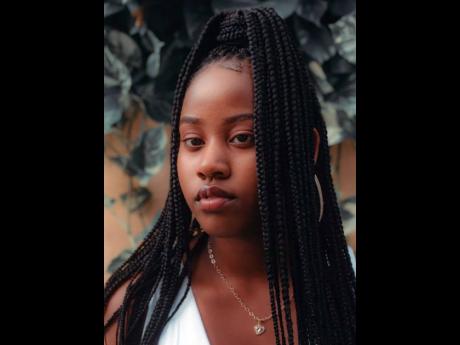 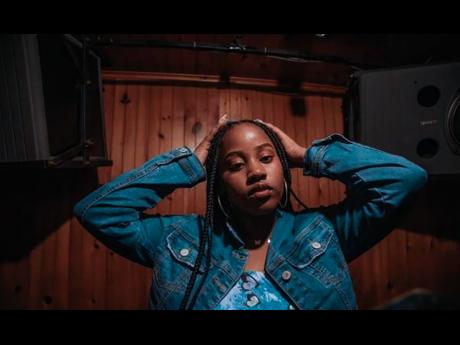 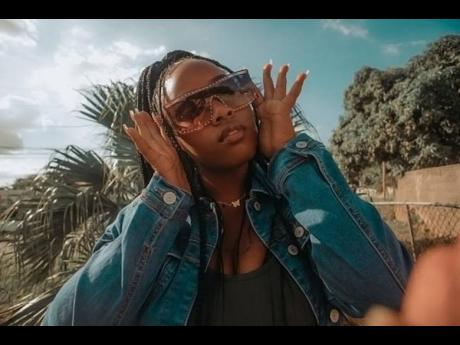 Contributed
Born and raised in Jack’s River, St Mary, the singer is focused on finishing her final year of school and pursuing her passion — music.
1
2
3
4
5

The words of Marcus Garvey may be found in the lyrics of reggae’s most profound lyricists. From Bob Marley, whose Redemption Song takes the phrase “Emancipate yourself from mental slavery, none but ourselves can free our minds,” from a 1937 speech of the first-named national hero in Jamaica to Burning Spear, Steel Pulse and the younger generation of entertainers like Tarrus Riley, Warrior King, Protoje and even dancehall’s ‘unruly’ word slinger Popcaan. Now, emerging songbird Jhenell Bailey is colouring her lyric book with thought-provoking ballads inspired by Garvey.

“The church was my playground as a child, singing in the children’s choir, and I was nurtured in listening to religious music. As I got older, my father (Damion Bailey) introduced me to books about and by Marcus Mosiah Garvey, which I use in my spare time to write music,” the 16-year-old told The Gleaner.

She says she has familiarised herself with the teachings of the influential orator for the black nationalism and pan-Africanism movements, and the passion for reading has transmitted into writing and pairing her music with eclectic melodies, which Bailey records under the moniker ‘JQ’, short for ‘Jamaican Queen’.

Her début single, Ghetto Morals, is one of those songs where she imparts some of the lessons. It was written quickly, in August, Garvey’s birth month, last year. “I slept on a rhythm I received from my producer, the following morning I wrote some lyrics to the beat and recorded the track the day after … I believe that was my first time recording in a studio. And I have recorded other tracks since, like Without You Mama and Island Girl, among others, but they are not released as yet. By the way, another one of my idols is Ninja Man, he is actually made me want to do music, and yes, I have had the opportunity to meet him,” she said.

Fearless and outspoken, JQ has even used her social media platform to address Andrew Holness regarding his statements about the music being produced in 2021, “devaluing our culture which is a very important asset for our economic development”. In her message to the prime minister, JQ played Ghetto Morals, she said to demonstrate that good music with strong messages are being produced but require the support of the people like him, an individual with the responsibility of social intervention. This week the song received the nod of the UK’s renowned reggae tastemaker Sir David Rodigan on his BBC 1Xtra show.

“Lots of people may label me as a reggae artiste, but as my career evolves, so will their understanding of me … that I am versatile in whatever genre placed before me and that versatile music exists,” she said. “I’ve chosen, with the help of Calibud Music, to launch with Ghetto Morals because I feel it’s what the world needs to hear right now – music is therapy. Behind every artiste, song, is a story, and this is part of me because it is what I see happening.”

Born and raised in Jack’s River, St Mary, the singer still attends the Port Maria Preparatory and High School, but shared that the school’s choir is “basically non-existent”, stemming from a lack of practice sessions and platforms to showcase talent during the pandemic. She’s mostly home, she says, focused on completing her final year of high school.

Her mother, Tavesha Cousins, said she recognised JQ was a talented songwriter and singer from toddler stages and recalled her speaking of a book of songs she carried around.

“She is a very quiet person generally, but I remember her saying I am not going to show you what I have written, I am going to sing you a few songs … she was about eight or nine years old. Jhenell sang about poverty, and it’s not like she has lived it, but she told me, ‘I don’t have to live it to speak of it, look around, there are so many people that are less fortunate’, and from that moment I thought maybe this is what she was born for. I was amazed because I never hear her sing like that before then,” Cousins told The Gleaner.

She added, “I believe every child is born for a purpose, and while she is a good student, I had to give her incentives. She will read a book in three days, but if it’s for something in music, she will read it in a day; I told her if she gives me the grades, I will support you in the music.”

JQ’s mother said some of the songs she hears her writing and singing are surprising.

“I have to question them as a mother; some of the songs about love sounds like a girl that has experienced a serious relationship. Sometimes me haffi jus’ ask, ‘Weh yuh know ‘bout weh yuh a write?’. But I trust her when she says she uses the lives of others around us as inspiration. I am also scared because my daughter is still a young girl entering an industry that have positive and negative and I would want her to stay on the positive side … there’s a lot out there where music is concerned. What I do wish for her is that she can be better than me, and she’s already making her family proud,” the young singer’s mother shared.