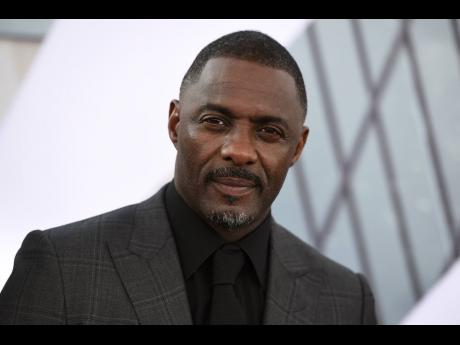 AP
Actor Idris Elba has signed a global multi-book deal with HarperCollins for a series of children’s books.

Idris Elba has added author to his curriculum vitae after signing a global multi-book deal with HarperCollins for a series of children’s books.

The 48-year-old actor, DJ, producer, songwriter, and rapper is set to publish picture books and fiction penned with his writing partner Robyn Charteris, who was an episode writer on children’s television show Thomas the Tank Engine’s Thomas & Friends and a scribe for United Kingdom soap opera, Crossroads.

The Luther star’s stories are inspired by his teenage daughter Isan, 19, whose mother is Elba’s’ first wife, Kim Norgaard.

“I feel privileged to have the opportunity to bring stories inspired by my daughter to life with my incredible partner, Robyn Charteris, and the powerhouse team at HarperCollins,” Elba said in a statement.

Executive publisher at HarperCollins Children’s Books, Ann-Janine Murtagh, commented: “From the outset, Idris had a very clear vision of the characters and stories he has imagined, and is passionate about creating books that will appeal to all children.”

“I’m doing more music, jam, you know what it’s like, I’m trying to stay with it when we’re not gigging now. So I’ve got some really cool music coming, been working with Franky Wah on a tune I’m looking forward to droppin’. I’ve got a bit of a banger; I don’t want to say too much, but me, Megan Thee Stallion and Davido that’s coming. Shout out to the fanatics,” he said.

As for his acting career, a Luther movie is said to be in the pipeline.

The London-born star, who plays DCI John Luther in the hit crime-drama series, confirmed he was working towards turning the TV show into a feature-length film last summer.

He teased: “I’ve maintained that I’d like to see it come to a film. That’s what I think we’re headed towards, a film. I’m looking forward to making that happen. It is happening,” he said.