Bronx-based artiste looks to her Jamaican roots for inspiration 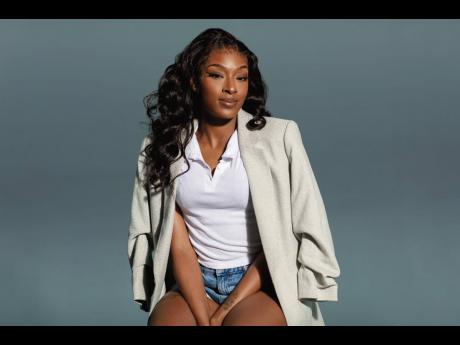 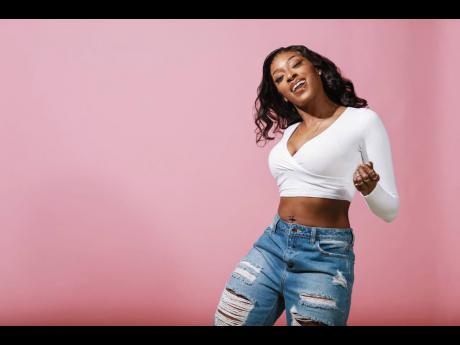 In an industry where emerging recording artistes are pressured to put out music to fill a party playlist, Gabriella Kochella is defying expectations by taking her time. She’s been quietly uploading her signature reflections on love and life to digital streaming platforms but her year-old single, Friend Dem, continues to cause a stir.

The up-tempo song is a loosely-tied combination of pop, R&B and dancehall and can be heard as free-spirited or rebellious, depending on the listener’s take. Either way, it is a fun track where Gabriella Kochella brings out her upbeat personality.

“From cooking and cleaning to getting dolled up and for celebrations, these are the genres that were the soundtrack. These genres are what I listened to all my life,” she told The Gleaner .

She added, “My dad is the one who is the connective tissue to Jamaica, he lives in Ocho Rios and my mother’s family is from the islands of Dominica and Montserrat; and all of these places have very upbeat music, from reggae to calypso.”

The Harlem-raised, Bronx-based artiste, whose birth name is Gabrielle Burrell, says her influences include hip hop/R&B acts like Lauryn Hill and Babyface, Meghan Thee Stallion, Cardi B and City Girls while on the Jamaican scene, she calls names like Bob Marley, Alaine, Buju Banton, Tami Chynn and Tessanne Chin. As her interest in music grows, she is spending time to tune-in to songs from Popcaan and Shenseea. But Gabriella Kochella was not always on the path to a career in the music industry, she revealed that her studies were in the field of medicine and that she hadn’t taken music seriously until three years ago. Since then she has been on a roll.

“I did what I was supposed to do and went to college, then got a job doing the normal everyday things parents expect their children to do. It didn’t give me much time to explore the music world. Instead, it was just a dream,” she said. “Medicine was my area of study, I wanted to help people and for some who go on to be doctors. It’s a happy career but when I got into the field, I didn’t realise how invasive it was. Working in a hospital, you tend to bring your work home with you and there’s some things you hear and see that you live with for the rest of your life.”

Gabriella Kochella continued her job as a physician’s assistant but in short time, found a more fulfilling career as an entrepreneur. When she is not spitting bars in a studio, she is making them with her line of natural care products, Meye Goodness, that includes artisan soaps and body butters. While she did resign from her job a year before the pandemic hit, she did not dodge a bullet, she said.

“Some people can go on mental strength alone, but I am a very spiritual person and it took too much of a toll on me spiritually. With all that’s going on with the coronavirus, it did affect me just thinking about all the loss and what people on the frontline dealing with; I still have a grandmother and reside where there are three separate families, my landlord’s wife passed and that alone was hard. I refuse to go back to that career.”

Tied to her Jamaican roots, the New Yorker kept her song-writing to different rhythms a secret, afraid of what her family would say and while doing so, developed the alter ego, which is the outspoken version of herself. Since Flexin’, the debut single which introduced her to the vibrant music scene in Harlem as an emerging female rapper, the momentum has grown but the streams and fan base she’s garnered did not materialise out of thin air. As small as the number may be, she expressed, “I must’ve spent three years learning the technical side of the industry and working with producers, before actually having my music placed on professional platforms.”

“Remember, although Gabriella Kochella is an entertainer, she is human and like everybody else, experiences the world as it is. It’s just that I’m using music as a way to express myself. That’s where I release most of my energy,” she continued.

Another single, titled Fussin’ & Fighting, pulled back the curtains to a calmer side of the recording artiste, mainly singing over a slow-paced R&B beat.

“I like to call what I do, ‘freedom music’; I make all kinds of music influenced by a diverse cultural background and for some it may be hard to define because it can’t be categorized into one genre. That’s how I got the Kochella part of my name, off the popular festival that showcases talented artistes who are navigating all genres. So, it’s not just reggae or its offspring, rap, but everything mixed together; it’s happiness for the most part…whatever I am feeling at the moment, that’s what you will get,” the bubbly entertainer said about her recording style.

With a mission to trailblaze in an era of happy music, Gabriella Kochella says the most important thing she wants people to know is that she is staying true to herself.

“My biggest thing is to be myself, if a person has to practice who he or she is, then that’s scripted. I want people to know it’s fine to be themselves. I want people to listen to Friend Dem, which is basically a reminder to everyone that a friend exists for each person and to just live life to the fullest, the rest is herstory,” she said.