No Zoom, no sweatshirts 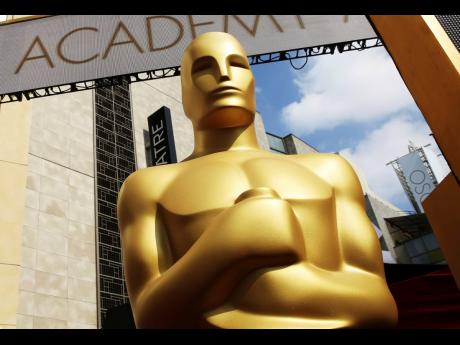 AP
Plans are shaping up for the 93rd Oscars which will be held on April 25.

With nominations set and just over a month until showtime, details are trickling out about the 93rd Oscars and neither sweatshirts nor Zoom made the cut.

“Our plan is that this year’s Oscars will look like a movie, not a television show,” said show producers Jesse Collins, Stacy Sher and Steven Soderbergh in a statement on Friday. They’ve enlisted Emmy and Tony Award-winning director Glenn Weiss to direct the live broadcast on April 25.

Although considerably scaled down from a normal year, the producers have said they are committed to holding an in-person event at Los Angeles’ Union Station for nominees, presenters and limited guests. There will also be a live component at the Dolby Theatre, which has been home to the Academy Awards since 2001.

But unlike the Golden Globes, which combined in-person and Zoom elements in its bi-coastal broadcast, the Oscars are not making a virtual element possible for nominees who either can’t or don’t feel comfortable attending. The producers said they plan to treat the event like an active movie set with on-site COVID safety teams and testing protocols.

And, yes, they expect attendees to dress up.

“We’re aiming for a fusion of inspirational and aspirational, which in actual words means formal is totally cool if you want to go there, but casual is really not,” producers said.

The 93rd Oscars will be broadcast live on ABC on April 25 starting at 8 p.m. ET.