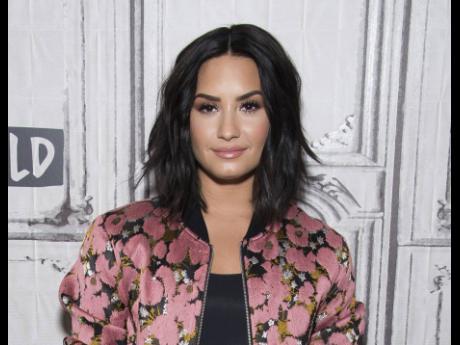 AP
Demi Lovato said she didn’t know the extent of the damage to her body after her near-fatal overdose, and thought she’d never sing again.

Demi Lovato “didn’t know” if she’d ever sing again after her near-fatal overdose.

The 28-year-old singer was hospitalised in July 2018 after overdosing on drugs at her home in the Hollywood Hills, and she said she didn’t know how much damage she’d done to her body, especially after she suffered three strokes and a heart attack when she collapsed.

Recalling how she felt when she returned to the stage for the first time at the 2020 Grammy Awards for a performance of her ballad Anyone, she said: “I didn’t know if I’d ever step foot on a stage again. When I woke up in the hospital, I was like, I don’t know the full extent of the damage that’s been done. I hadn’t tried singing yet.”

The Sober singer admitted she is “grateful” to still be alive, because it could have been very different after her overdose.

Speaking on CBS Sunday Morning, she said: “If no one had found me, then I wouldn’t be here. I’m grateful that I’m sitting here today, yeah.”

But Lovato felt she had to “die” to make a fresh start.

She said: “For the first time in my life, [I] had to essentially die to wake up.”

Despite her battles with addiction, Lovato has taken a ‘California Sober’ approach, meaning she drinks alcohol and smokes marijuana in moderation, but she insisted that what is right for her wouldn’t necessarily be right for others with her background. She said: “I think that the term that I best identify with is ‘California Sober.’ I really don’t feel comfortable explaining the perimeters of my recovery with people, because I don’t want anyone to look at my perimeters of safety and think that’s what works for them, because it might not. I am cautious to say that, just like I feel the complete abstinent method isn’t like a one-size-fits-all solution for everybody. I don’t think that this journey of moderation is a one-size-fits-all solution for everybody, too.”