‘Him always deal with high grades’

Tarrus Riley remembers father as a man of excellence 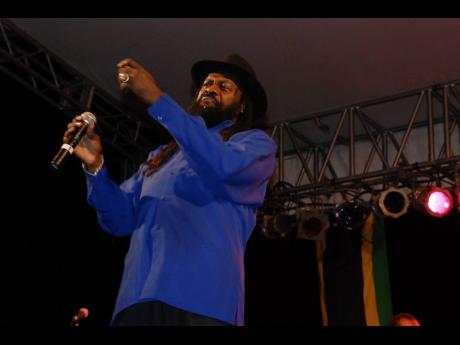 File
It has been five years since the passing of reggae and rocksteady icon Jimmy Riley. 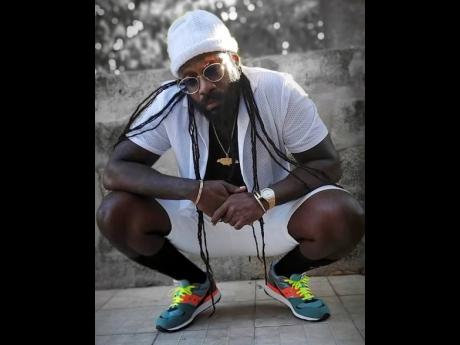 Contributed
Remembering his father Jimmy Riley, Tarrus Riley said one of the most unforgettable lessons his father taught him was to be tough and strong-minded. 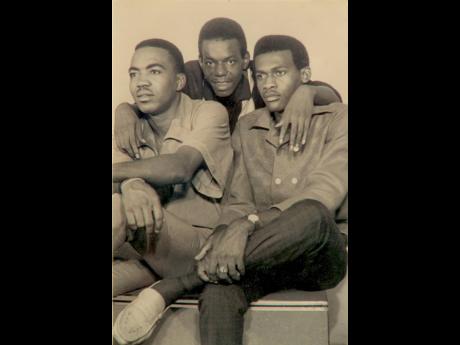 Contributed
Members of the Uniques (from left), Lloyd Charmers, Slim Smith and Jimmy Riley, pose at a photo shoot for their album, ‘Absolutely the Uniques’. Riley was a member of the group in his early years of doing music. 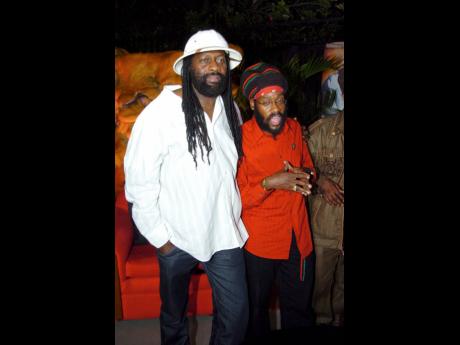 Reggae-rocksteady icon Jimmy Riley holds a special place in the heart and lore of Kingston. The legendary singer, songwriter and producer was born and raised in the Jonestown community on May 22, 1947, as Martin James Norman Riley. Still, to the music fraternity, he will always be known as Jimmy Riley. He is the father of contemporary reggae singer Tarrus Riley and was recognised as a paternal figure to many, always offering an ear and guidance to some of the industry’s successful entertainers such as Sizzla, who, after his passing, shared with the media that he was mentored by the icon throughout the early stages of his career.

Today marks the fifth anniversary of Riley’s passing, following his battle with cancer, and he is still remembered as a man who stood for nothing less than the best, said Tarrus. “Him did want me to overachieve,” he says. “I would come home from school with a 98.8 per cent, and he would ask, So weh di 101 per cent?’ Because him always a deal with high grades.”

Jimmy Riley attended the Kingston Senior School, now Kingston High School, which was known as a musical cradle for the likes of Earl Morgan, a founding member of the Heptones, Leroy Sibbles, Winston Riley, Marcia Griffiths and Derrick Morgan, among others. As well as he did in music, Tarrus says, his father was well learned. He told The Gleaner, “Daddy could speak more than one language, and he was a mathematician by nature. So, him nah talk to anybody from a perspective that him can’t do something. It was from a place of knowledge, as he always strived for excellence.”

The young Riley said his father had knowledge beyond his years, evident in the style and way he recorded music. Knowing all the while that the one thing that remained constant in the world was change, Jimmy Riley’s lyrics, ‘Look here children, it’s going to get rough. Look here children, it’s going to get tough. Can’t you feel it? Even in the streets sometimes. Can’t you see it? Right before your very eyes. All-day long, it comes your way. You can’t get out; you can’t get out ... There are some things that holds you back; it holds you back. It’s gonna get rougher yet,’ from the ‘90s hit single Rougher Yet, are all the more relevant in his teachings to his son.

Tarrus said, “My father never wanted me to grow soft; for example, me get a bicycle and drop off, and me go say, ‘Daddy, me drop off’, and he had a likkle saying weh him used to say, ‘Eeh, man a get gunshot and live’.”

The Gimmie Likkle One Drop singer explained that the saying is probably not the greatest lesson, as he has heard many throughout his childhood and into his adult life, but that it is “one of the most unforgettable”.

He shared, “It meant mind over matter; he was unyielding in lessons of mind power, as there would always be a next man that hear a gunshot and dead, just because him heart cyaa manage. The man with the gunshot believe seh him can make it out, and survive it. He only wanted me to know how to be tough, always want me to be strong-minded, to believe in myself, but is just the way him teach it.”

Jimmy Riley’s music career started out with the singer being a member of seminal harmony groups like The Sensations and The Uniques in the mid ‘60s. By the 1980s, he began forging a name as a solo act recording with the likes of Lee ‘Scratch’ Perry, Bunny Lee and production duo Sly Dunbar and Robbie Shakespeare on their Taxi label.

Tarrus grew up with a love of music like his father, who found inspiration in the records of US-based rhythm and blues singers like Otis Redding, Sam Cooke, The Temptations and Marvin Gaye, whose single Sexual Healing, he transformed by putting a reggae spin on the classic. Produced by Sly and Robbie, a year after they also produced his chart-topping and first number one hit in Jamaica, Love and Devotion, which received international success reaching the British pop charts in 1982. Both father and son shared the spotlight on several stages. They worked together on creating hits like Pull Up Selector, released in 2008, from the album Sly and Robbie Presents Jimmy Riley and Black Mother Pray, and was on Tarrus Riley’s Mecoustic album, released in 2012.

Even in Tarrus’ career, the icon would take the same approach, “I would run come, and write a song and say, ‘Listen this, this bad,’ and him would just seh, ‘It alright’. But when it was good you also knew, as the response was distinctively different. ‘Yuh see that one, deh one deh now!’ That was the expression I would get when it sounded right.”

Riley would also go on to produce his own music and for other icons like Delroy Wilson, leaving a blazing mark on the cultural landscape of the ‘90s.

To know him is to know the experience of who Jimmy Riley was, said Tarrus. “If you are around me for a day, you will hear his name. There is not a day I don’t call his name … my father deh close to me. About my old man, I can’t pick one thing that people would love to know; to know this bredrin is just different.”

Jimmy Riley’s released his last album in 2013, titled Contradiction, which features collaborations with his son and other recording artistes, such as Sizzla and Fantan Mojah.