Library of Congress tunes in to ‘The Harder They Come’

Soundtrack being added to registry is a cool honour, says Cliff 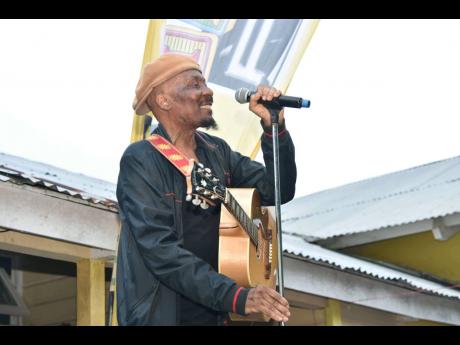 Contributed
Reggae icon Jimmy Cliff said ‘The Harder They Come’ being added to the Library of Congress National Recording Registry is a win for the entire Jamaican music industry, and not just himself. 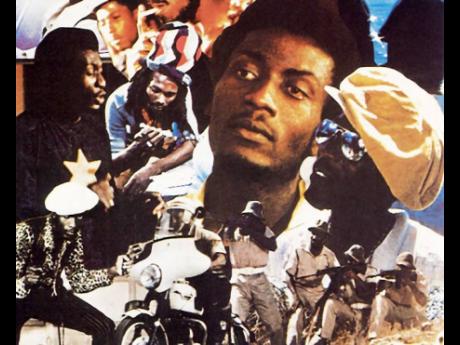 Universal/Island
The Library of Congress has heaped much praise on Jimmy Cliff, who starred in ‘The Harder They Come’ feature film and has six songs featured on the soundtrack. 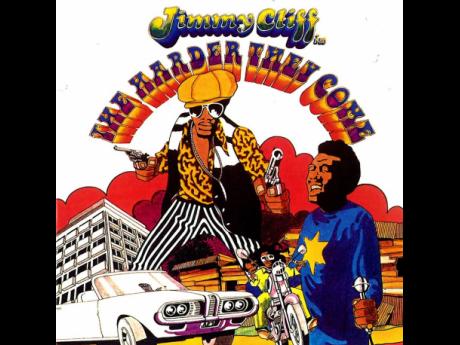 Universal/Island
‘The Harder They Come’ soundtrack album has been added to the National Recording Registry of the Library of Congress.
1
2
3

The soundtrack for seminal Jamaican film, The Harder They Come, has been added to the prestigious Library of Congress National Recording Registry, making it only the second reggae album to be so recognised. In 2007, Burnin’, the sixth studio album by iconic reggae band, The Wailers, was also awarded that distinction.

The announcement was made early this morning by Librarian of Congress, Carla Hayden. The Harder They Come – the album – is one of 25 recordings named audio treasures worthy of preservation for all time, based on their cultural, historical or aesthetic importance in the nation’s recorded sound heritage.

“The National Recording Registry will preserve our history through these vibrant recordings of music and voices that have reflected our humanity and shaped our culture from the past 143 years. We received about 900 public nominations this year for recordings to add to the registry, and we welcome the public’s input as the Library of Congress and its partners preserve the diverse sounds of history and culture,” Hayden said.

Much praise has been heaped on reggae icon Jimmy Cliff by the library. “In the case of reggae singer Jimmy Cliff, who starred in the first Jamaican-produced feature film, The Harder They Come in 1972, the movie soundtrack featuring six songs recorded by Cliff has been credited with taking reggae worldwide while also presenting other reggae stars to a global audience,” a press release from Hayden stated.

Jimmy Cliff, however, sees this as a win for the entire Jamaican music industry, and not just himself.

“I think that’s a cool honour for the Jamaican music industry and myself, seeing that I have a number of songs on it. It’s encouraging for us artistes, producers and musicians to create even greater music; as for myself, it is my intention to do just that,” a humbled Cliff told The Gleaner.

Among the reggae pioneers who appear on The Harder They Come soundtrack are recent Grammy winner Toots and the Maytals, with two songs, Pressure Drop and Sweet and Dandy; Desmond Dekker with Shanty Town, and The Melodians who recorded Rivers of Babylon; The Slickers, Johnny Too Bad and Scotty, Draw Your Brakes.

The film, The Harder They Come, was directed by Perry Henzell and co-written by Trevor Rhone. Henzell’s daughter, Justine, was overjoyed. “We are thrilled that ahead of the 50th anniversary of the film, next year, the Library of Congress has honoured the iconic soundtrack that has helped established reggae music even further globally. And to think that this is only the second reggae album inducted after Burnin’ by the Wailers,” Henzell gushed.

She noted that by preserving the title, the Library of Congress ensures that 100 years from now, the album will be available in whatever format is being used in the future.

According to the Library of Congress, “Around the time of the film’s release, the soundtrack made its way to American audiences. Among Cliff’s six songs on the album are the title track and the seminal Many Rivers to Cross, which has since been covered by myriad artistes, including Cher, John Lennon, UB40, Annie Lennox and Percy Sledge.”

It stated that although only the title track was recorded specifically for the movie’s soundtrack, “the album collected numerous reggae stars and presented essential works in the genre to a new global audience”.

“This exemplar of the diverse sounds of reggae in the 1960s and ‘70s has enjoyed enormous critical praise and continued popularity in the US. The album has appeared on every version of Rolling Stone’s Top 500 albums of all time,” a release added.

Under the terms of the National Recording Preservation Act of 2000, the Librarian of Congress, with advice from the National Recording Preservation Board, selects 25 titles each year that are “culturally, historically, or aesthetically significant” and are at least 10 years old. Recordings by Janet Jackson, Kool & the Gang, Patti Labelle, Nas, Marlo Thomas, Louis Armstrong, Ira Glass and Kermit the Frog are among the 25 titles which have been selected.

The Harder They Come soundtrack was released in 1972 in the United Kingdom on Island Records and issued in February 1973 in North America as Mango Records. It peaked at No. 140 on the Billboard 200.