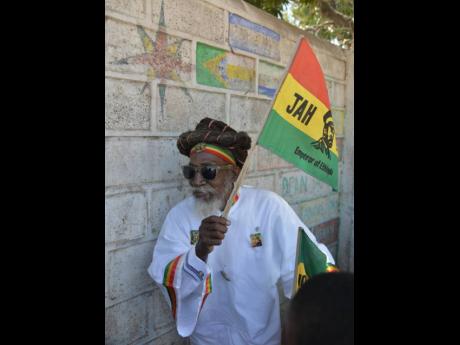 File
Bunny Wailer’s 142-acre Dreamland property on the Portland-St Thomas border is being prepared to receive him. 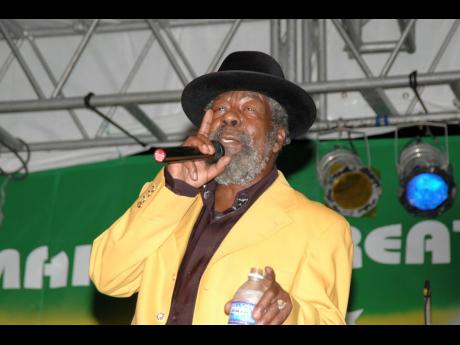 File
Funeral arrangements are being finalised for U-Roy, who passed away on February 17. 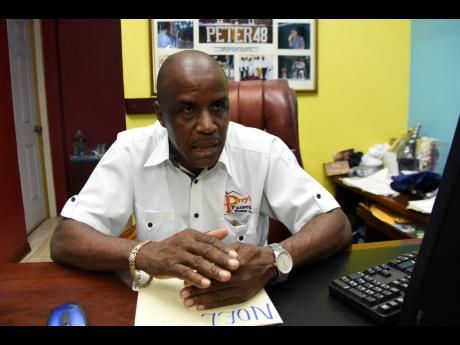 File
Peter Perry, whose Perry’s Funeral Home in Spanish Town is handling the arrangements for both music legends, said he agreed with the suggestion for burials to have a rotation system, given new restrictions.
1
2
3

On Sunday, Prime Minister Andrew Holness announced that starting today, until April 13, burials will be allowed on weekdays between the hours of 9 a.m. and 4 p.m. The guidelines state that no more than 15 persons can be present, and the burial should not be longer than half an hour. It is against this backgroound that, the families of two reggae icons, U-Roy and Bunny Wailer, are forced to navigate.

Marcia Smikle, the partner of U-Roy, the ‘Godfather of the Dancehall’, who passed away on February 17, told The Gleaner that she would be meeting with U-Roy’s daughter to finalise the funeral arrangements. Originally, the body was supposed to lie in state at National Arena on March 25, with another viewing set for Perry’s Funeral Home and the burial set for March 28. However, those plans were scuppered when the COVID-19 numbers starting climbing and tighter restrictions were put in place.

“A new date has not been finalised fully as yet, but we should know by later today what exactly is happening,” Smikle, who has spent four decades at the legend’s side, said. She had been disappointed when plans had to be changed significantly, but she is all for keeping the law. “U-Roy [had] a lot of fans, and they were looking forward to seeing him one last time, but if the COVID not getting any better, we can’t do anything except follow the instructions,” she told The Gleaner a few weeks ago. Dovecot Memorial Park was always in the picture as a final resting place, and the discussion regarding a live stream are ongoing.

“I am doing well, sometimes I break down, but I am trying to be strong with all that is going on,” Smikle said, when quizzed about her emotional state.

For Bunny Wailer, his 142-acre Dreamland property on the Portland-St Thomas border is being prepared to receive him, and his business partner, Maxine Stowe, who has been in communication with Smikle, believes that both legends should be laid to rest sooner rather than later.

“I don’t think it would be conscionable to delay the icons’ resting,” Stowe said, while noting that the month of April is ideal for administering the final rites for the iconic Wailer, also known as ‘Jah B’.

Bunny Wailer was an advocate for the month of April to be recognised as Rastafari Month, and had been hosting celebrations since 2017. “He had written to the prime minister and the governor general for it to be made official. In the same way that they took that energy from Reggae Month and built it around Bob Marley’s birthday, Jah B wanted to have his own birthday, on April 10, treated in much the same way. So as a champion of Rastafari Month, it would be significant for him to be laid to rest during the month. Plus, there are the events that have occurred in the month [which are] central to Rastafari,” Stowe expanded.

Notable among the April events on the Rastafari calendar are the three-day visit to Jamaica by Ethiopian Emperor Haile Selassie I, which started on April 21 in 1966; the One Love Peace Concert on April 22, 1978; and the tragic Coral Gardens massacre.

Noting that both Jah B and U-Roy have large families – Daddy U-Roy, with 16 children, and Bunny Wailer, 13 – Stowe proposed a rotation system at the burial.

“The specified number would stay for 10 minutes, and then another set could come for another 10 minutes, until the half an hour is ended. Maybe that could ensure that as many family members as possible get a chance to see and grieve. But it would have to be well coordinated,” she said.

Perry’s Funeral Home in Spanish Town is handling the arrangements for both music legends, and owner Peter Perry agreed with Stowe’s suggestion.

“Yeah man, that could certainly work. I endorse a suggestion like that, because there is no church service and the families are large. I have not received a date from either of the families,” Perry said.

According to the new protocols, the police must be informed about burials at least two days in advance. The US Centers for Disease Control and Prevention’s ‘Guidelines for Funerals’ state that “small, outdoor, in-person gatherings in which individuals from different households remain spaced six feet apart, wear masks and do not share objects are considered lower risk”. The rankings range from ‘highest’, ‘higher’, ‘lower’ and ‘lowest’.