Says ribbing on social media got to him, influenced transformation 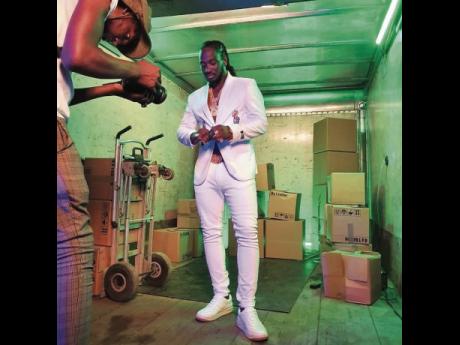 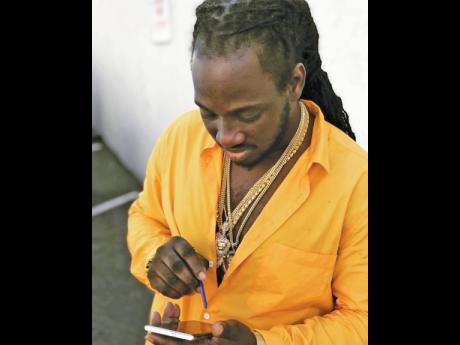 Contributed
The newly minted as ‘Mr Slim Quick’ is sharing his health journey with his more than 600,000 followers on Instagram. 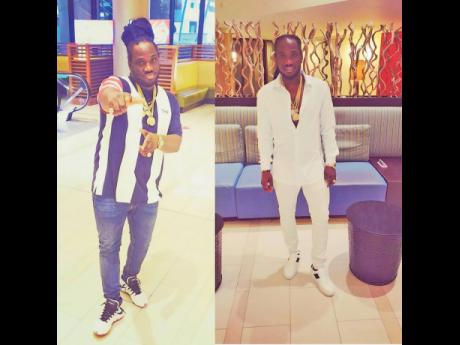 Contributed
I-Octane shared this before and after photograph in March to show his progress.
1
2
3

Reggae and dancehall artiste I-Octane has been sporting a slimmer physique over the past few weeks. Following some ridicule on social media over his weight gain in the past few months, the proclaimed ‘Hot Ras’ has been sharing his road to fitness with his more than 600,000 followers on Instagram, and has even earned a new nickname. Today, he is also known as ‘Mr Slim Quick’ after shedding a whopping 90 pounds in four months, and said he feels 20 years younger and a million light-years happier. I-Octane weighed 255 pounds before his weight loss transformation. He’s now down to 165 pounds.

“Me nuh eat meat and when people start message me, deh under mi picture dem a comment say a di pork me a eat why me a get fat, mi did affi look into mi self, analyse mi self and say, ‘OK, yuh need fi do dis and dat and make a change’,” he said, admitting that stress-eating was the cause of his weight gain. The entertainer revealed that as any normal human being, sometimes life’s struggles left him overwhelmed and said whenever he felt that way, he would turn to comfort food. Sweets were his weakness, and so that was the first to go.

“Making that decision to change was harder than people thought. Memba say habits hard fi break and stress nah go leave yuh, so weh yah go do? Mi just come to the realisation say it affi get done and so mi tell mi self no excuses. Dat a di next thing. When you decide you’re going to do it, do it. Put in the work no matter what,” he said.

With a goal in mind, I-Octane began working with Patrice White, founder, CEO and trainer of Dynamic Lifestyle Studio.”Mi start wid Patrice. Big up Patrice; she a di don. She tell me the exact thing dem weh fi do and weh fi eat in terms of supplements, green juice and thing. Mi also workout wid my personal trainer call Chilli. Mi do two hours of workout every day no matter what, even if me a have a off day,” I-Octane shared of his new routine.

His diet also underwent a drastic change.”Mi nuh consume nothing solid. Everything weh me consume, inna blended form. Me blend mi fruits, mi blend mi vegetables – everything in liquid form. Mi cut out rice and flour and dem thing deh,” he shared, pointing out that on days he felt like calling it quits, but the results kept him motivated. “When me start to lose the weight now, the feeling yuh get when yuh look inna di mirror and see the progress is all the motivation yuh need fi continue. Plus, when mi start show the process and people start pay attention to the journey, the ridicule start to change to celebration and motivation. People start show me support, especially the females dem. A whole heap a people start link mi inna di DMs and a ask weh mi do and wah mi help.”

I-Octane went on to say that in a world that craves quick results, artificial bodies have been glamorised while hard work and dedication to fitness have been made to look like too much. He said the latter was the reason he insisted on sharing his fitness journey with his fans. “Nuff time we as artiste nuh get the support pan we fitness journey because we nah show the process. We show the end product and so more while a man nuh too believe it when dem see yuh slim down quick. Dem start talk all kinda things say yuh do dis and dat. Dem nuh see when yuh out inna di foundation and that is key. Yuh affi show everything so people can see say it never happen overnight. Da way deh yuh get the praises and respect when things start change,” said the entertainer.

I-Octane said he also shared his journey on social media because he wanted to be a source of inspiration for those struggling with their weight but do not know how to start making moves to get to a better version of themselves. “The reason mi dweet publicly is because a lot of people out there wah lose weight, but dem nuh know weh fi start. DM me because mi have the remedy.”

In celebration of his new look, I-Octane is getting ready to drop a new dancehall album to showcase his sexier side. The project, dubbed Moods, is expected to drop on April 29.