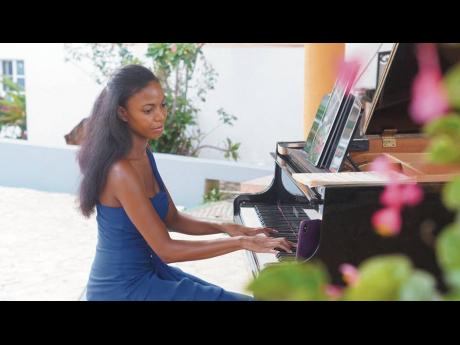 Contributed
Passionate about her craft, pianist and music educator Nina Howe wants to share her knowledge with others. 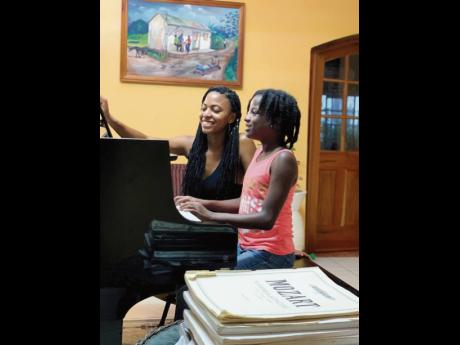 Not everything is black and white when it comes to the piano, says Nina Howe, for whom playing the musical instrument means much more than pressing the keys.

“It’s about self-expression, using the keys to unlock a whole new world,” Howe told The Gleaner. “Because I am so passionate about music and my instrument, the piano, all I want is to share this knowledge with others.”

This pianist and music educator has dedicated half of her life to reading music and learning techniques to play the instrument, which has influenced her ever since she was a little girl growing up in Orlando, Florida.

Howe shared: “My mother and father, both born and bred Jamaicans, moved overseas and gave birth to my sister and I, but when I was about nine years old, my mom decided she wanted to return home. The fascination with the piano developed from listening to her play lullabies for us, and there she became my first tutor. Though not a teacher, she knew how to play the piano well.”

Howe’s love for playing the piano continued to grow. “I got more and more involved in music during my high school years, and the only time I left Jamaica was to further my studies in the field,” she continued.

The Montego Bay-based pianist holds a Bachelor of Music degree. After studying piano performance for two years at Valencia College, she gained a scholarship to Stetson University, known for its demanding and rigorous music programme.

“Many people don’t know this. Even though I was playing for years before college, my journey in music began at the university. I was introduced to many topics, from music theory and the history of music to improvisational skills. This new experience on this level shaped me to be the musician I am today. I also gained knowledge in piano pedagogy (the art of teaching piano),” she said.

Howe said that Jamaica remains a melting pot of talented pianists, but many mostly play by ear, and while it is an amazing gift and skill to have, being able to read music and having the proper technique to apply while playing makes a musician more versatile and marketable. She has embarked on launching Nina’s Piano Studio, directly targeting aspiring musicians, which has attracted students from primary school to adults. Howe told The Gleaner that her passion for the piano was ignited from an early stage of childhood, and she was determined to make it her career.

“I knew from a young age that I wanted to study and understand music at the highest level possible, and being the type of person who likes to share what I am excited about with others, I always dreamed about having my own studio so I could teach others.”

Howe has one piano in her studio — a Baby Grand with the standard eighty-eight keys – on which she teaches everyone. But she also has a Souidmy Digital Piano with the same number of keys for her personal use.

“The piano is slightly underrated and underused,” she said, adding that“within the local music industry, it is not featured a lot. The acoustic piano especially is not in music videos as much as we will see keyboards, drums, and guitars.”

Howe added, “I’d like to see our Jamaican artistes do what international acts like Joh Legend and Alicia Keys have done in making the instrument just as important as they are.”

The musician has varied taste in music. She enjoys classical maestros like Bach, Beethoven, Chopin, Mozart, and Schubert, and rap, and R&B artistes like J. Cole, Kendrick Lamar, Jhené Aiko and Beyoncé. Protoje, Chronixx, Sevana, Koffee, and Jada Kingdom are the names she gives for reggae and dancehall entertainers she tuning into of late.

Ever imagined watching Jada Kingdom play Heavy on an acoustic piano? Howe can. Using her instrument, she has done a few covers, but she is yet to uncover them.

She said: “A lot of them are unfinished, but I will share when the time is right. I plan to do a cover of Koffee’s Toast. I am my own worst critic. I follow many pianists on social media, like Tiffany Poon, to see how they play and then incorporate their styles into what I do.”

As an educator, Howe is challenged to take a discipline that is mainly viewed as a practical area into the virtual space, which she has used to acquire additional knowledge.

“Many students did not like the idea of learning an instrument online, and there is a misconception that one cannot learn how to play an instrument by way of the online classroom. So I had to convince most of them to convert to the virtual classes. My programme is focused on technique, very detailed-oriented, and I am strict on finger placement and using precise camera angles, but I still manage to make it fun. Once they are willing to follow instructions, they will definitely learn, and they can do this without breaking the bank,” Howe explained.

“I am absolutely dedicated to becoming a virtual sire, or a dame I should say, in educating outliers on my passion in music as well as broadening my own knowledge on the different fields in music such as composition, music theory, oral training, and songwriting. I also teach children with special needs. I would love for persons to follow me and check my website www.ninaspianostudio.com to get more in tune with what I do and who I am,” she said.