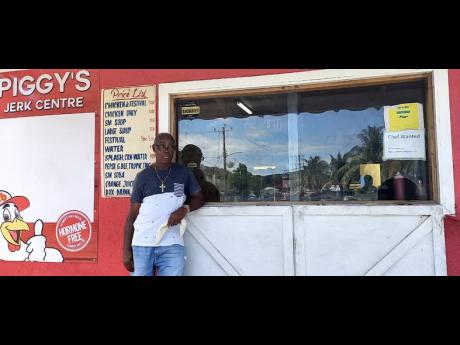 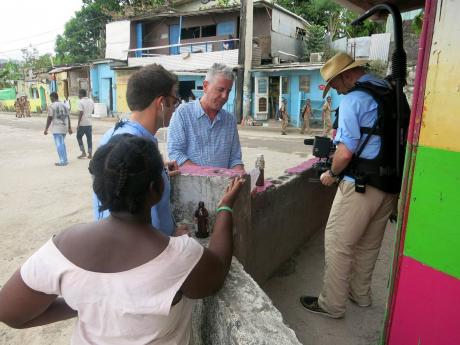 JIS
Piggy’s Jerk Centre was a popular eating spot for the James Bond cast and crew members while they were in Jamaica filming ‘No Time to Die’, the 25th film in the popular movie franchise. 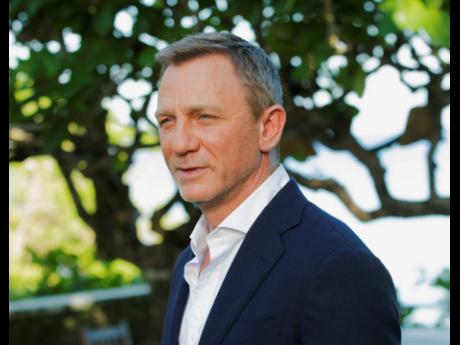 AP
British actor Daniel Craig, who plays James Bond, and the rest of the ‘No Time to Die’ cast and crew offered to assist with rebuilding Piggy’s Jerk Centre following the fire. They contributed £35,000 towards the effort.
1
2
3

JAMES BOND, the lead fictional character of one of the most successful film franchises worldwide, is an MI6 intelligence officer known by his code number, 007. And rescue missions are integral to his work on camera. However, Bond has proven that in real life, he is just as passionate about saving the world, and that even includes a little jerk centre on the island of Jamaica that went up in smoke.

When Eustas ‘Piggy’ Lindsay lost his famous jerk centre in Portland to fire in 2019, it was also a devastating blow to him and his staff complement of 15 workers.

“I was just up the road when I got a phone call to say the place was burning down. Four freezers, one standing fridge, a fan and a stove were all lost in the fire. I mean, it was tough going for the workers, all of whom had children to feed,” he lamented.

Piggy’s Jerk Centre was a hit with locals and visitors alike. “We were attracting everybody and anybody,” Lindsay shared. “But our crowning moment was when the James Bond crew started coming night after night for our jerked chicken, and we were generating publicity both locally and internationally,” he said.

The jerk centre was a popular eating spot for British actor Daniel Craig, who plays Bond, and other cast and crew members while they were on the island for the filming of No Time to Die, the 25th film in the popular movie franchise. The film was launched in April 2018 at the Goldeneye estate in the neighbouring parish, St Mary.

With the entire Bond film hanging out there, it gave Piggy’s a lot of publicity, notably in the overseas press. However, Piggy’s Jerk Centre made a different kind of headline in September 2019 when it was burnt to the ground. No sooner had the word spread than Craig and the rest of the James Bond cast and crew offered to assist with rebuilding the restaurant. The team contributed £35,000 towards the effort.

“They were all extremely sad to hear about the fire and wanted to do something to help rebuild. They really wanted Piggy to get back on his feet as quickly as possible. It was a lovely gesture,” said Tourism Minister Ed Bartlett.

Lindsay says he is grateful for the support. “The assistance from the James Bond movie cast was very good … very, very good. We have reopened, and yes … I am back on my feet again,” he says.

He added, “I’ve spoken to Mr Craig on a couple of occasions, and I understand that he is the one who caused me to get the help. The business has been picking up, and I will be forever grateful.”

Lindsay’s Piggy’s Jerk Centre, located along the picturesque Foreshore Road along the Port Antonio coastline, officially opened in 2012. Before that, the native of Rio Grande Valley in Eastern Portland piloted rafts on the famed Rio Grande. Visitors loved his engaging personality, and they saw him as “the perfect tour guide”, who had a knack for identifying good eating spots. But it was the tasty meals that he would often prepare, including jerked chicken and festival, that earned him rave reviews.

“I realised that I could turn my culinary skills into a tourist attraction,” Lindsay stated, noting that he “walked the streets of Port Antonio selling jerk chicken and festival, while trying to find a location where I could set up a restaurant”.

He soon met businessman Samuel Dixon, who owned the vacant lot along Foreshore Road that would become Piggy’s Jerk Centre’s home and make him a legend in his hometown. “He made me an offer I couldn’t refuse,” he laughed.