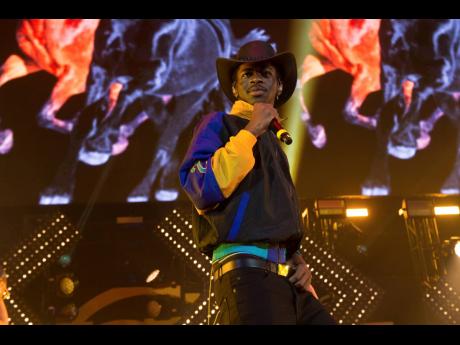 Nike said it is not involved in a collaboration between rapper Lil Nas X and New York-based art collective MSCHF to design Satan-themed sneakers displaying the Nike brand. Nike is suing MSCHF to stop the release of the shoes, which were made "without Nike's approval or authorisation," the company told the AP on Monday.

The music video for Lil Nas X's new song Montero (Call Me By Your Name) shows the musician, whose real name is Montero Lamar Hill, descending into hell, dancing for Satan and claiming the devil's horns as his own. Following the video's release on March 25, MSCHF announced on its website that it would collaborate with the rapper on a limited release of 'Satan shoes' — 666 pairs of black Nike Air Max 97 sneakers with a pentagram-shaped charm. MSCHF claimed the sneakers also contained a drop of human blood.

But Nike sent The Associated Press a statement saying it did not participate in the themed sneakers' development or marketing. "We do not have a relationship with Lil Nas X or MSCHF," the statement read. "Nike did not design or release these shoes, and we do not endorse them."

In a later statement, Nike said it filed a trademark infringement and dilution complaint against MSCHF on Monday to stop the shoes' release. MSCHF CEO Gabe Whaley told the AP in an email that Nike "did not have any involvement whatsoever" in the project. MSCHF purchased the shoes from Nike, then made its own modifications to the shoes before marketing them, Whaley confirmed.