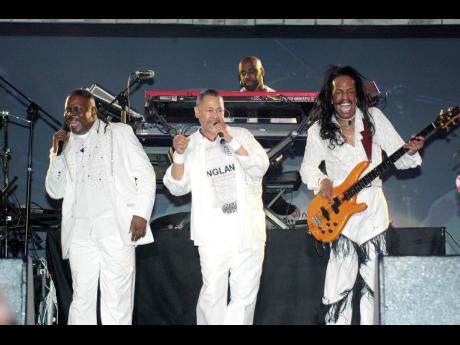 File
Earth Wind and Fire during their performance on the final night of Air Jamaica Jazz and Blues Festival at the Aqueduct, in Montego Bay, St James. 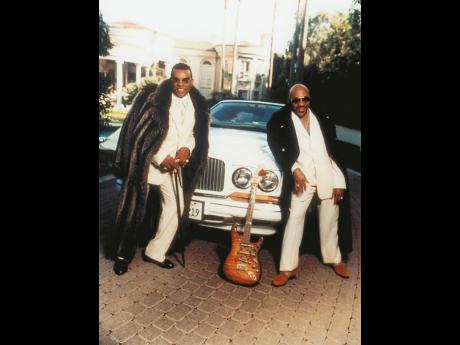 What started with a tweet ended in a concert for the ages when the ‘70s soul-funk group Earth, Wind and Fire and ‘50s breakthrough duo, The Isley Brothers, clashed on the Verzuz stage last Sunday.

As Steve puffed on a cigar and poured Ciroc, DJ D-Nice provided background music from the artistes’ catalogues. Viewers even got a chance to hear how some of their favourite hits came to be.

Many could be seen commenting on the high production quality and despite a set list, fans weren’t shy about requesting their favourite ‘baby-making music’ tunes.

Among the viewers was dancehall artiste Beenie Man, who had his own Verzuz clash with ’90s dancehall rival Bounty Killa in May 2020.

Beenie, at one point, expressed dismay that his phone was dying as the battle continued with even an outfit change from The Isley Brothers.

The entire set felt like a throwback to Motown days as the liquor flowed and Ernie Isley would, at times, pick up his signature guitar to match the flawless harmonising from the Earth, Wind and Fire trio.

But it wasn’t all a competition as there were also got collaborations on The Isley Brothers’ Summer Breeze and Earth, Wind and Fire’s Be Ever Wonderful. Even Steve got to live out his childhood fantasy of singing with the legendary musicians on one duet. Nostalgia was certainly in the air, as famous samples took shape for some viewers and others finally placed a name and face to some of their favourite old school jams. No one was ready to go when the curtains closed on the over two-hours-long stream.

In a homage to 4/20, the next Verzuz will be on April 20 with Redman battling Method Man.