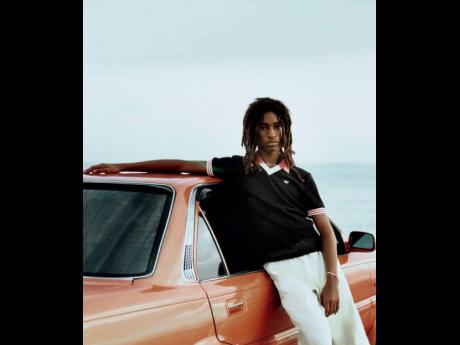 Like clockwork, the Kingston-based SAINT International launches new modelling stars each fashion season for tastemakers in the global fashion industry. Meet Selah McHail, the latest Jamaican model discovery creating a tizzy among insiders in the world’s fashion capitals from Paris to New York.

The dreadlocked McHail, currently a fifth-form student at Wolmer’s High School for Boys, is part of the quartet of SAINT faces prominently featured in the just-unveiled campaign for the new Adidas/Wales Bonner Spring/Summer 2021 collaborative collection titled ‘Essence’.

“I was very happy to get the call to be part of the new campaign for Wales Bonner partnering with a big brand like Adidas,” the excited 16-year-old shared with The Gleaner in an exclusive interview. “It’s actually the second fashion film project I’m working on with the Wales Bonner brand, as I was part of the previous collab between the two brands for the Fall/Winter 2020 collection that was shot here last year.”

McHail was rhapsodic about his shoot experience for the new co-branded fashion collection that was lensed by Jeano Edwards at Copacabana Boxing Club in Bull Bay and Papine, St Andrew. “I was given the freedom to experiment by Jeano to find what worked in terms of poses. Everyone on set was super chill and it made the entire experience very comfortable. My favourite piece I wore from the collection was the knitted shirt with pastel colours, it felt and looked great.”

Scouted by SAINT CEO Deiwght Peters last summer, the 16-year-old recounted that he was receiving software editing lessons from a friend of Peters when he heard about the project. “He was showing me edits that he was making to Deiwght’s talk show, and not long after, he told me Deiwght was looking for someone with locks for a shoot and I got the part, and that pretty much takes us to where we are now,” McHail said.

Peters is a frequent collaborator with Wales Bonner and has been called upon on a number of occasions by the luxury wear designer to act as casting director for her fashion films, editorials and runway appearances which have featured a cast of SAINT models, and Jamaica serving as a visual backdrop.

Meanwhile, McHail, who is a surfing and skating enthusiast, had initial career ambitions on becoming a cinematographer; no surprise given the artistic lineage with his father being a film-maker and mother, a producer. The teenager, however, is smartly weighing the options that the exposure to international modelling presents. “My current goal is to have modelling become second nature to me, as despite it being really fun, there’s still a learning process involved that I have come to realise,” he explained to The Gleaner. “As for the future which I’m so eager to see, I’d love to travel as a part of the SAINT crew during one of these show seasons across the different international fashion capitals.”

For now, the newly minted male model is consumed with schoolwork from the confines of home. “The quarantine time also has me exploring my music taste, and I find myself playing a lot of jazz music these days and reading more literature to stay level-headed and keep generally inspired.”

In addition to McHail, his SAINT peers Aakesh Henderson, Winston Lawrence and Tash Ogeare also appear in the much-heralded collab collection between the iconic German sportswear brand and the fast-rising English-Jamaican designer and creative director Grace Wales Bonner, who credits her source inspiration as the early 1980s origination of dancehall music. The collection was launched worldwide on March 26.