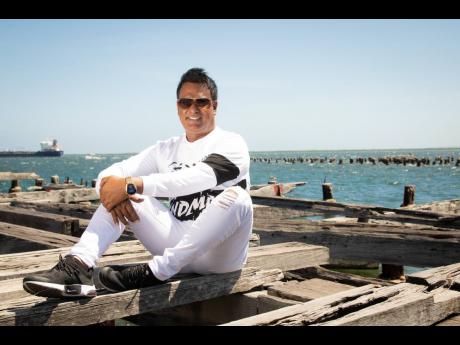 Contributed
Werok believes that ‘country reggae’ has a bright future.

Singer Wesrok is seeking to establish ‘country reggae’ as a bona fide brand of reggae music on the international stage.

“Country reggae is not a subgenre but a new brand, not quite country, not quite reggae. A brand new flavour for the masses. Country is one of the biggest art forms. Other artistes have experimented with country reggae and failed because they’ve not sustained the efforts. We at 360 Global want to re-energise those efforts,” the recording artiste said.

Wesrok, who hails from the rural district of Swamp Lane in Bog Walk, St Catherine, believes he is ideally equipped to be the face of this new music movement. He has recorded a number of ‘country reggae’ songs such as Poor Country Boy, Left Out in the Dark and the recently released Born As a Winner.

“I feel that there is a niche market out there for country reggae in Jamaica and overseas, in Europe and the rural states of the USA,” he said.

Jamaican reggae artistes have had a long tradition of doing country music. Plus, westerns and country tunes hold tremendous appeal to Jamaicans who love ‘outlaws’, such as the ‘rude-bwoy’ figure famously played by Jimmy Cliff in the 1973 film, The Harder They Come.

Many classic reggae tunes are in fact country covers. The 1961 country hit by Claude Gray, I’ll Just Have Another Cup of Coffee, became Bob Marley’s second single. Freddie McGregor is an admitted Marty Robbins fan, and scored big with Roger Miller’s 1964 hit, King of the Road, while Toots Hibbert scored a cult hit with his rendition of John Denver’s Take Me Home Country Roads.

In the 1960s, Ken Parker hit local charts with his take of a Carter Family Standard, Will the Circle Be Unbroken? while Max Romeo did a cover of Jim Reeve’s Is It Really Over, which is considered one of his finest songs. In 2011, a successful compilation, dubbed Reggae’s Gone Country, did well.

“The proof of Jamaica’s love for country music is all over reggae history. In the US, country music carries a certain racial history and baggage but I love it because country tells stories, tales about breaking up, and getting back together, and overcoming hardship. We love stories as well because this narrative tradition runs deep in folk music across the Caribbean,” Wesrok said.

Wesrok says that he intends to use his record label, 360 Global Entertainment, to create a platform for young artistes who want to experiment with the ‘country reggae’ art form. He believes that as the world heals from the financial and emotional ravages of COVID-19, country reggae will be the balm everyone needs at this time.

Wesrok, whose real name is Percival Buddan, will be launching his seven-track album, Look At Me Now, on April 23.