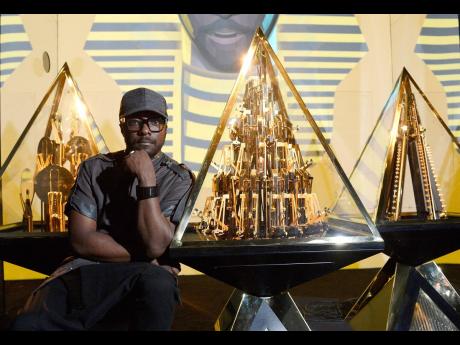 File
Rapper, Will.i.am, has teamed up with a costume designer and engineering company to create a functional, high-tech masks which protects from COVID-19.

The Black Eyed Peas frontman has teamed up with costume designer Jose Fernandez and engineering company Honeywell to create the high-tech ‘Xupermask’ that protects people from COVID-19.

It features a high-efficiency particulate air (HEPA) filtration system and a filter port to protect against the virus and prevent common annoyances such as foggy glasses, as well as Bluetooth connectivity, LED dayglow lights, multifunctioning button controls, and a magnetic earbud docking system which are all powered by a seven-hour battery.

Announcing his creation, Will.i.am told People: “I thought about all the pain points that people have with masks and earbuds, and how earbuds were not designed to pick up the voice of people that have fabric in front of their mouth.

“People have to take the mask off and put themselves at risk. [With Xupermask], you could literally whisper on a bike on a Zoom and they hear you perfectly fine, because we block off the wind and we block out the noise and block out the germs.”

The 46-year-old rapper also added that he intended for the design to look like it came from a sci-fi film, although the target consumer was originally the “sneaker head”.

He explained: “We designed it for that perspective of collecting and ‘drop culture. It’s for that collector, that traveller. The price point is not astronomical ... within the same price, or just a little above AirPod Pros.

“Jose was my go-to person for anything future-pushing. When it was time to make this product, I would say, ‘Let’s make something that actually has functionality but then also looks like it’s something that came out of a sci-fi film. Let’s bring the future now.’”