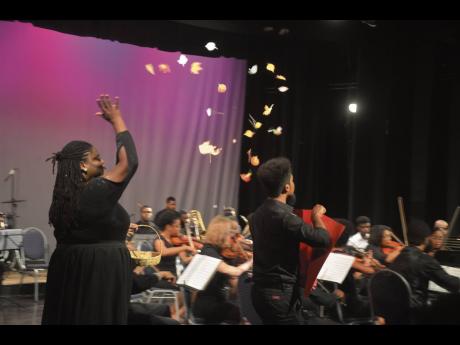 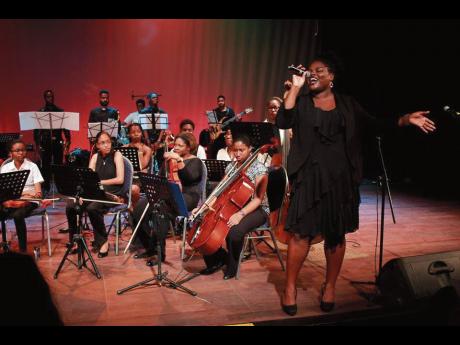 Contributed
Tiffany Thompson is a soloist at a 2017 Classical and Jazz Ensemble concert. 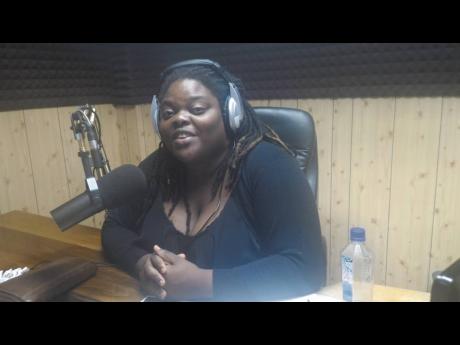 Even as the death of 2008 Digicel Rising Stars contestant Tiffany Thompson has shaken the creative community to the core, her mother, Carolyn Thompson, is trying to put on a brave face. She remembers her only daughter as somebody who cared for people more than she did for herself.

She described Tiffany, who graduated from The University of the West Indies, Mona campus in November 2020, as a multitalented, fun-loving person whose favourite spot was Blue Lagoon. “Tiffany could sing, she could sew, and she could even draw. She took my machine and carried it to Kingston and used to make costumes and clothes for herself,” Mrs Thompson recalled.

But the very gifted Tiffany had also been diagnosed with hypertension at age 15. “She didn’t like to take the medication. I would encourage her to walk, but she wasn’t up to it some of the time. She had been back home with us since last year March because of the COVID, finishing up her degree. Then she started working at a call centre, but I realised about a month before her passing that Tiffany was vomiting in the mornings. And she would say it’s phlegm on her chest. She was feeling sick and never said a word to us and would still go to work,” Thompson, who shared that her husband requires weekly dialysis, stated.

She noted that he isn’t taking his daughter’s death “too good”, adding that pneumonia and kidney failure contributed to Tiffany’s death. “When we took her to Annotto Bay hospital, the doctor said she was critical. They wanted to transfer her to KPH, but they didn’t have any space and the same thing at St Ann’s Bay. So she ended up at Port Antonio hospital. We were trying to get a catheter for her, and my son had found somewhere, but then Tiffany had a seizure, and that was it,” she said quietly.

Following her March 29 passing, the family is planning a cremation at a date to be finalised.

Tiffany was a member of the Peter Ashbourne-led Classical and Jazz Ensemble (CAJE) at UWI, and the group is mourning her passing. “It is with profound shock and regret that the CAJE family notes the passing of Tiffany Thompson. Tiffany was a phenomenal singing talent, a uniquely warm-hearted songbird who inevitably became an essential and irreplaceable part of every group that she graced with her presence,” a statement said.

She was hailed for her effortless and unforgettable soprano voice and her “irresistible, infectious charm”.

Tiffany, according to CAJE, was a trouper: “She was the one who would sew costumes; make props; plan, direct, and execute skits; and even work at front-of-house. In short, Tiffany could always be relied upon to help plug the holes in the production and all of this cheerfully done without a single complaint - a real trooper of a trouper.”

Like her mother, the company plans to honour her as soon as it is safe and permissible to do so. “In remembrance of her wonderful life and with our deepest sympathies expressed to her family,” the statement concluded.