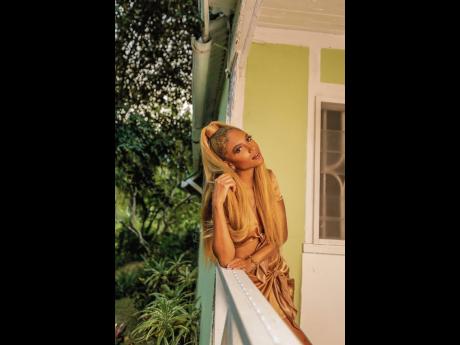 Contributed
Naomi behind the scenes of her new music video, ‘Energy’. 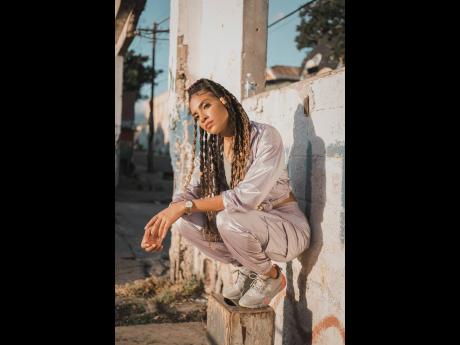 Contributed
Naomi’s style can be sneaker-casual this minute and full-on hot-girl diva the next. 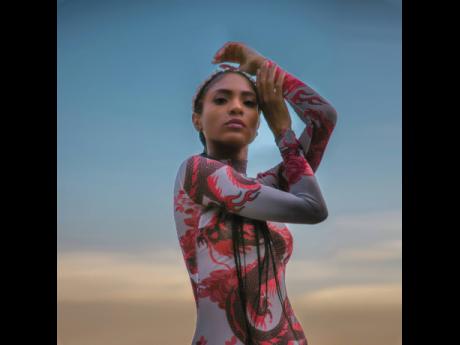 Contributed
There is no stopping Naomi Cowan. She knows who she is as an artiste, what she wants, and is prepared to go after it.
1
2
3

Naomi Cowan is that artiste who knows who she is, what she wants, and is prepared to take that journey to get it. Undoubtedly the fashionista, her style can be sneaker-casual this minute and full-on hot-girl diva the next, but one thing fans will hardly see is Naomi on stage in stilettos. And that’s because she has taken the time to know herself.

“I watch back my performances and realise that I am not meant to perform in stilettos. I need to be in boots or sneakers to get the true version of me,” she said candidly.

An interview with Naomi is really an easy conversation that feels like there ought to be a follow-up sometime soon. Quite happy and confident in her own skin, the daughter of reggae royalty Tommy Cowan and Carlene Davis was perhaps predestined to get herself dipped in all things musical, but she didn’t always seek to embrace it.

There was a point when Naomi, the intellectual, was more focused on getting her degree, graduating from university and securing a well-paying job. And things were working out very much in her favour, but that hard-to-put-your-finger-on thing was always there, and then fate stepped in.

“There are two moments that really stand out for me. I got to do a small set on [gospel concert] Fun in the Son, and when I was coming off stage, I felt so fulfilled. I looked at my mom, and I thought, ‘I need to create a way so that this is what I get to do for the rest of my life’,” she recalled

The second, equally defining moment came after graduating from university, and she landed a plum job. However, she had to fly to Florida to be with her father, who was having surgery, but when she returned to Canada, the rug was slightly pulled from under her feet. The company execs informed her that they were forced to cut her salary by one-third.

“After going through this experience of seeing my father undergo surgery, I was going back to certainty, but that wasn’t the case. And all this happened within a two-week time frame. So I asked myself, why waste time with this when I can create my own security?” she shared.

Having taken the big decision, Naomi embraced her destiny with the full support of her parents. “My mom has always encouraged, supported and championed me. I have never felt intimidated by my parents’ success; rather, me not doing music earlier was more about my own assumptions about life,” the entertainer, whose skills have enabled her to edit her own videos and write her own press releases, said.

She also recalled sage advice from her dad, who, in a fleeting moment of self-doubt, reminded her exactly why she was capable. “You have been listening your entire life. You have been backstage, side-stage, studios, rehearsals, and you have also been singing in church,” he told her.

So Naomi hit the musical ground running, and then she realised that “there were a lot of girls running as well”, and that made it even better. “These are female artistes who are not afraid to be themselves and don’t want to be defined by one song, one dress or one vibe. The energy behind it is authentic, and we are all pulling from the different experiences that we have been exposed to,” was how she summed up the reality of a slew of exciting female faces in music all at the same time.

The Paradise Plum singer radiates that innocent yet in-your-face kind of sweetness that beckons and is completely in sync with her music and her message. Naomi is that artiste who is relatable, multitalented, and huge on showing respect. And that in itself isn’t surprising; her parents “grow [her] good”, but she herself has criss-crossed a variety of roles, so she knows what it is to serve in the’ realest’ of ways.

“The more I talk to people who are steps ahead of me, the more I understand what this business entails; and also, my own experiences have made me a more holistic artiste. I have been everything, from a waitress to a singer, so I see myself in the people I come across. I try to respect all who I interact with, and that’s what is lacking in this business,” she stated.

Naomi is quite excited about the potential of her first release for 2021, Energy, which was entirely recorded, produced and mixed in Jamaica. It was actually in April 2019 that the song was completed, having linked with Toast producer Izy Beat and also singer Tarrus Riley, who co-wrote the single. “Everybody who heard it said it was a hit. I am grateful and blessed when a new song comes. It was completed from the day we recorded it. Tessellated mixed it, and it was really cool to be working with all these people in the business,” she said, sounding really happy.

Eager to give everyone who worked on the project their kudos, she mentioned how the video director, Kia Moses, was barely off maternity leave when the visuals for Energy were being filmed. She shouted out Major Lazer’s Walshy Fire, with whom she is doing quite a bit of collaboration. And, she’s in a zone having received a raving, detailed review from New York Times’ pop music critics, who subsequently added it to their playlist.

Naomi is ready. Her 2021 itinerary, in which Walshy Fire plays a major role, sees her dropping each month “feel-good tracks that explore topics of love, heartbreak and everything in-between with a seamless blend of reggae, R&B, Afrobeats and dancehall”. And she aims to stay at the top of her game, even if it means seeking out her mom to secure her help in rehearsing the high notes of Energy.