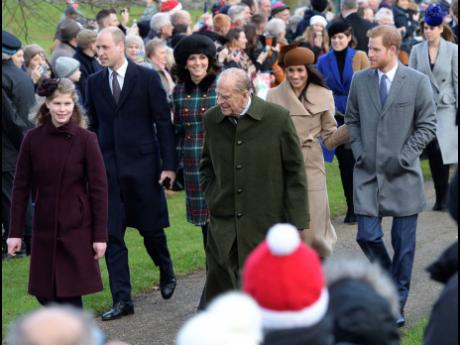 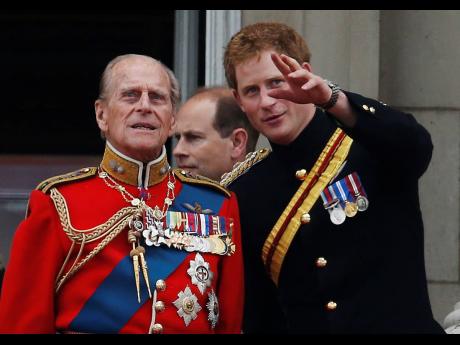 AP
Britain's Prince Harry talks to Prince Philip as members of the Royal family appear on the balcony of Buckingham Palace, during the Trooping The Colour parade, in central London on June 14, 2014. Buckingham Palace officials say Prince Philip, the husband of Queen Elizabeth II, has died, it was announced on Friday. 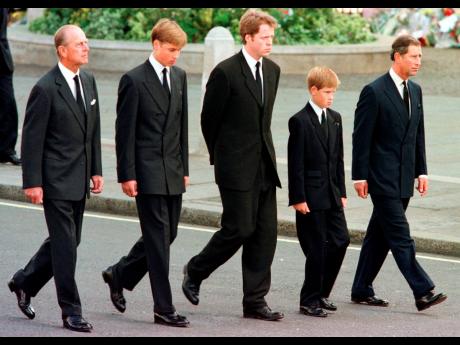 Prince Harry and Meghan, Duchess of Sussex, have paid tribute to Prince Philip following his death.

The 99-year-old royal – who is the husband of Queen Elizabeth II – passed away peacefully on Friday, and following the tragic news, his grandson Prince Harry and his wife Meghan have issued a statement saying he will be "greatly missed".

In a short message posted to their Archewell website, the couple wrote: "In loving memory of His Royal Highness The Duke of Edinburgh. 1921-2021. Thank you for your service ... you will be greatly missed."

Buckingham Palace confirmed the Duke's passing in a statement, with the announcement coming a few weeks after he was hospitalised with an infection and a heart condition.

The statement said: "It is with deep sorrow that Her Majesty The Queen has announced the death of her beloved husband, His Royal Highness The Prince Philip, Duke of Edinburgh. His Royal Highness passed away peacefully this morning at Windsor Castle. Further announcements will be made in due course. The Royal Family join with people around the world in mourning his loss."

Meanwhile, Harry and Meghan – who currently live in the US – recently said they phoned Queen Elizabeth as soon as they heard the Duke had been admitted to hospital.

Meghan, 39, said in her tell-all interview with Oprah Winfrey last month: "This morning I woke up earlier than H and saw that there was a note from someone in our team in the UK saying the Duke of Edinburgh had gone to the hospital. I just picked up the phone, and I called the Queen just to check-in. I just called; that's what we do."

Harry, 36, then added that whilst most of his family have a "level of control" in the things they do, he and Meghan prefer to just "be authentic".