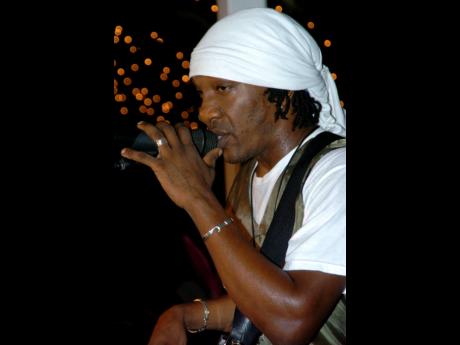 File
Benjy Myaz has much to celebrate this month. 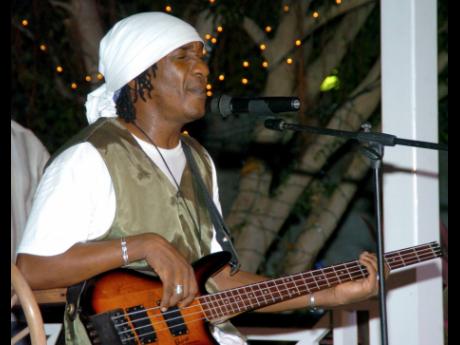 File
The Grammy-nominated musician, composer, arranger and producer, celebrated his birthday on April 6.
1
2

IN ADDITION to being singers and players of instruments, Tommy Cowan, Wayne Marshall, Shinehead, Bunny Wailer, Pinchers, Capleton, Cat Coore, Benjy Myaz, Sizzla, Stephen Marley, Big Youth, Duane Stephenson, Tarrus Riley, General Degree, I-Octane and Barrington Levy, all have one thing in common. They are born in April. And, April 6, in particular, is a date which is quite crowded. Cat Coore, Benjy Myaz, Tommy Cowan, Aidonia and Charly Black all claim the date, albeit different years.

It must be mentioned that up until this year, it was Jimmy Cliff’s April 1 birthday that would start the bubbly popping for these celebrants, but the legend has since informed that April I is actually his father’s birthday, and he chose to celebrate it as a way of paying homage to him. For Benjy Myaz, there is an element in this that is relatable. Some sources have his birthday as today, April 16, but the Love You Higher singer is actually born on April 6. How did this error come about? He has no idea.

But, one thing the son of a preacher knows is that birthdays are special. “Most people like a party, but as for me, growing up in a bishop’s house me and my siblings never had parties but [we] always had great family time with parents or once the entire family gathers. Over the years, as I grew up, I would visit my mother on my birthday, which is also a great day to assess, reflect and reset the vibe,” the multi-instrumentalist and singer said.

Benjy, who presented a virtual production for his latest vocal project Rootsy Rhapsody Neural Oscillation Part 2, on January 31, is still in celebration mode, having finally got the launch off the ground successfully, after having to abandon a December and a previous January date. “After much challenges, we hosted a listening party and e-launch with live performances from me and a few invited friends,” he said of the virtual event, which was in the making from the middle of 2020. “I also launched my newly designed webpage benjymyazofficial.com on the same day,” he added, noting that “every setback prepares us for a greater comeback”.

The Grammy-nominated musician, composer, arranger and producer, who had also been accepted into the prestigious Berklee College, has been making the studio his home, working on several projects, including one with UK-based singers Dawn Penn – of No, No, No fame – Shelly Lightnin and Tina B. “I am also in studio with Stitchie as well as US-based artistes Ricky Stereo and GMac,” Benjy shared.

Benjy Myaz, whose real name is Benjamin Myers, got his first break not as a singer, but rather as a producer for a song by Dennis Malcolm, who he lauds as “one of our most potent vocalists”. While playing on the coast, he met Dennis Malcolm who would come and sing on a Saturday night. “Dennis wanted to cover Brooke Benton’s classic So Many Ways, and he wanted to sound as close to the original as possible. I was 18 years old and my first production,” he recalled. The song went to the number one position in Jamaica, England and New York.

His first single, a cover of the Randy Crawford song Love You Higher, was done from 1995, but he waited a year before releasing it. He said he knew it was special because “goose pimples came over me the night I was putting the bassline down”. He explained further, “When your emotions wash over you, that means that something is coming out of you that is going into the song.”

However, when he took it to the experts to listen to it and hopefully give him their positive feedback, the criticism was something he was not prepared for. The experts told him that the song wouldn’t work because it was just “too clean” and “too pretty”.

“I was dealing with people who didn’t understand my quality, so it was easy for me to leave those people alone. I paid for the stamper myself and the six test press 45 records that I got; I left them with radio disc jocks and left to go on tour with Jimmy Cliff. While on tour, I heard that I had a song ripping up Jamaica. It still receives massive airplay and has become a classic in the annals of reggae music,” he said. And the icing on top is that he has since met and performed with Randy Crawford.

“I love covers. There’s a dynamic with covers. You have to fall in love with the song to deliver the song. I do songs from the ‘50s, ‘60s and ‘70s. Even big stars like Peabo Bryson and Bob Marley cover great songs,” he declared. Benjy, whose musical tentacles span to doing work with ace producer Bobby Digital on Sizzla’s album, The Real Thing, and Capleton’s Reign of Fire, to writing, arranging and collaborating with top reggae/pop/gospel/folk/urban recording artistes such as Third World, and jazz pianist Onajae Allan Gumbs.