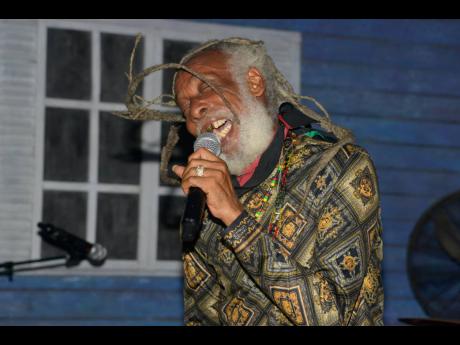 File
An elder in the reggae and Rastafarian community, Big Youth, turns 72 today. 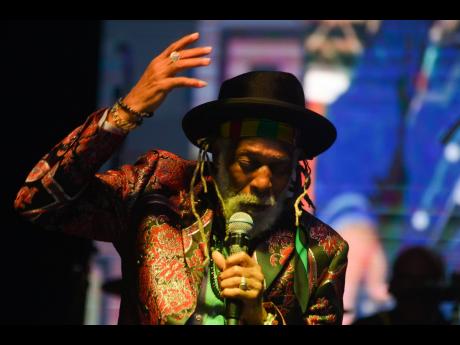 File
Legendary toaster Big Youth has one wish for his birthday today: love, peace and harmony in Jamaica.
1
2

If legendary toaster Big Youth had one wish for his birthday today, it would be to see love, peace and harmony reign in Jamaica, and he is happy to use whatever platform is available to get his message to the world.

“Every day yuh wake up all yuh hear is pickney dead, woman dead, another youth dead. We need to just change our way and end the senseless, idiotic killing of one another. A [nuh] just oonu a kill onnu. Oonu kill oonu mother, oonu kill the teacher, the young girl. Stop, please. I would like onnu to live to see my age, 72, and I would like to live to see many more birthdays,” Big Youth said passionately.

The icon – who states defiantly that he has no dealings with anything with ‘con’ – has a song titled What We Need Is Love, which is as relevant now as it was 20 years ago when he wrote it following an upsurge in violence. He is appealing to all who can, to give an encouraging word to those with whom they come in contact.

“I am not a politician; therefore, I don’t deal with blame. My legacy is righteousness, so I can only encourage those with evil thoughts to go to sleep and get a vision and leave the badness alone. As we ask Eternal Father to bless our land, those who can give a word, talk to your neighbour. We are begging for love. The police can’t do it, but we, the people, are the government, and we can do it. God bless those who have sense and those who don’t,” the S90 Skank toaster declared.

On a breezy Sunday morning, Big Youth was sitting under a tree, giving thanks for another trip around the sun. But he has no special plans for his birthday today, and that is nothing strange.

“God give us life, and so we give Him glory one more time. A lot of people gone in a short space of time – too many,” he said. “To tell the truth, I have never kept a birthday party and never celebrate an anniversary. People always seh, ‘Have a bash,’ but I always believe that he who exalt himself shall be abased, and my style is to give thanks for another day.”

The entertainer, whose repertoire is chockful of vintage classics, lamented the state of dispossession in which the world is forced to operate. “Look at the times we are living in; people are hungry and confused. It is a world confusion – notice that ‘con’ word again?” he quizzed.

Although the COVID-19 pandemic affected his concert schedule for 2020, Big Youth is not complaining, and he pointed out that he and his colleagues have been singing about this time, so he was well prepared. “God is God, and to all those who call upon Him, He will provide. If you cast your bread upon the water, God will sustain it. I still don’t have to beg no bread, and I still have enough to share. We did sing about it, so as Gloria Gaynor said, ‘I will survive’,” Big Youth smiled.

He further added, “And now and again, people from far away send a food to do a song, because the seed that you plant, you will be able to reap it in time of need. But you have some people who want all, and so dem lose all and end up losing themselves.”

Musically, he has been working on a new album, Cultural Iton, replacing the ‘c’ in the word ‘icon’ with the letter ‘t’. He also did a song for an album titled Beyond the Blue, with leading French dub group Brain Damage. The band recorded Big Youth’s classic, I Pray Thee, and producer and sound engineer Samuel Clayton Jr was part of the project. “But Sam passed away just as we were finishing up the song. He had been on tour and returned to Jamaica the day of the first lockdown. It was sad. The hospital said he contracted the virus and died,” Big Youth explained with a heavy heart, adding that the band vowed to release the album nevertheless, because that’s what Clayton would have wanted. I Pray Thee has been released, and the album has a May 2021 release date.

After one year of lockdown, the Rastafarian toaster is ready to work. “I was never one for the excitement; I save that for the stage. And right now, Jah know, mi fit and mi ready,” he said.

According to his bio, Big Youth was among the first reggae artistes to profess his Rastafarian beliefs in music and is best known for his work in the early and mid-1970s. He broke into the Jamaican mainstream, after a number of disappointing releases, when the motorcycle-inspired single S90 Skank hit the charts. Called a “stylistic and artistic innovator of the highest order” in The Encyclopedia of Popular Music and an “important pioneer” by The Encyclopedia of Rock, Big Youth’s style quickly made him the most popular artiste in Jamaica, where he enjoyed fame and sales that rivalled even those of his contemporary, Bob Marley. Now considered an elder in the reggae and Rastafarian community, he still records and performs music at his leisure.