15 comedians, pranksters to compete for $1m cash and prizes in new reality series 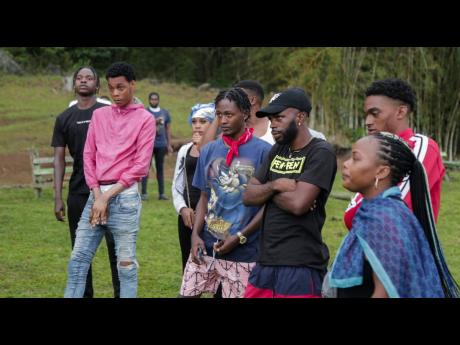 Contributed
The ‘876 Roommates’ cast on set in St James recently. 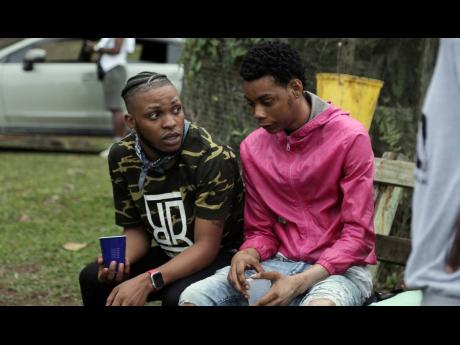 Production has started on the 876 Roommates reality television show, which kicks off this summer in Jamaica.

The crew recently invaded the city of Montego Bay and parts of Westmoreland and Trelawny, filming what Rayon Wong, the project manager, said will show corporate Jamaica the branding power of these young comedians.

“The entire world will be watching their lives captured in 30-minute episodes in a comedic way, for 10 consecutive weeks,” Wong told The Gleaner.

Gray has produced music for Spice, Progress and Jahmile but, owing to the pandemic and the lockdown of the cultural industries, opted to diversify his portfolio into television production.

“He shared his vision with me and asked me to put the right team together to execute and bring the show to reality,” said Wong.

The goal of the 876 Roommates series is not only to highlight the talented young comedians Jamaica has to offer, but to showcase the amazing beauty of the island.

Last weekend the crew filmed the ‘Oily Pig Relay’ at the Tangle River Farm in St James, which saw the contestants retrieving a pig from a muddy pen, passing it on to a teammate, who would then start the oily pig relay.

In the Rose Hall area of Montego Bay, they did a cooking challenge and a series of activities putting their abilities and talents to the test.

The contestants are housed in a mansion, where they will live together for 10 days.

“It won’t be an easy task for any room-mate to walk away with the top prize, as they will be challenged to bring their best creative content, while tackling other competitive group challenges across the island,” Wong said.

876 Roommates has been in the works for over one year and will be aired July 3.

The champion will be determined by three categories, collective points throughout the 10-week run, votes from supporters and a team of master certified and accomplished comedian judges who will determine the best skit.

According to Wong, all protocols were observed during the filming, with staff and contestants allowed to participate only by presenting a negative COVID-19 test.

Combined, the contestants boast a following of over five million fans on all social media platforms.