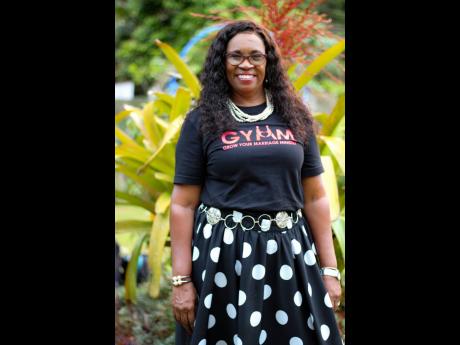 Stephanie Lyew
The distinguished marriage and family counsellor, author and minister is concentrating fully on her ministry, which focuses on pastoring marriages and families in a church. 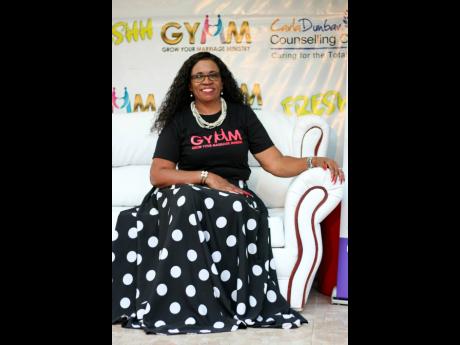 Stephanie Lyew
Reverend Dr Carla Dunbar will be ordained into the bishopric today.
1
2

Distinguished marriage and family counsellor, author and minister Reverend Dr Carla Dunbar is putting her best foot forward as she prepares for her ordination into the bishopric today during the sixth staging of the Annual National Families Prayer Breakfast. In making this step, she has also resigned from the Church of God of Prophecy to concentrate fully on her ministry, which focuses on pastoring marriages and families in a church.

Her resignation, she told The Gleaner, did not present itself as a challenge.

“Better yet, it wasn’t so much of a decision on my part, but it was more of a mandate from God. About nine years ago, I was told by Him to take on marriage and family ministry, and I needed to follow Christ and the mandate that I had been given,” Dr Dunbar said.

She continued: “It was hard, in the sense that I am a shepherd at heart, and instinctively, I do get connected to my congregation. In fact, I had the same experience when I had to leave Portland 11 years ago. It is the feeling a mother who is attached to her children would have if she had to leave them, not sure what their care would be like. However, I had to trust God because it is His Church, and He takes care of His own.”

The ministry that Dunbar will establish, having been ordained as bishop, is under the umbrella of her Carla Dunbar Ministries and Counselling Care. It is called the Life Temple Ministries International. The parent company had a relaunch of FAMILIES (which is the short form of Faithfully Advocating Marriages Integrating Lives Encouraging Service) as GYMM, or the Grow Your Marriage Ministries project, and still hosts Sweet Escape, a couples retreat programme, and the Love Gives Charity, with its annual outreach, among other programmes she has created - all of which are focused on marriage and family related.

“I believe the Lord is now calling me to start a specialised church just as there are other churches which deal with everything. He told me I am a specialist in the area, and this ministry is fully focused on restoring, rebuilding, and unifying the family,” Dunbar explained.

She added, “God founded the world on the institution of family and wants that to be maintained. But family has broken down and is dysfunctional, so I think there needs to specific ministry for it.”

Dunbar has been using her voice and creativity for over two decades to provide counsel and assistance to families across the island and promote communication between couples at various stages in their relationships as a means of stemming domestic violence and abuse in different forms within the family system.

“The roles and position I have won’t change,” she said, adding that with the ordainment as bishop, “I can set forth other ministers as well as ordain other ministers so we can plant other churches across a wider spectrum. One locality can’t reach everybody, and we can achieve more on another level.”

Dunbar goes live weekly for her ministry and has reached persons locally and internationally. “I am cognizant I don’t have enough time to do what God has called me to do, ever since my clinical, near-death experiences, and I have sought to do things purposely. Also, a family that prays together stays together, and God can sustain you together. I want my focus on the unification of families and promoting marriage to be seen as honourable, and with that, for young persons who witness untasteful marriage situations to come to understand that marriage was meant to last and [be] that wholesome relationship,” she said of her expectations.

“There are people across the world that need this type of ministry, which is focused and centred. While I am part of the Church, we are Kingdom builders focused on different things, and this is historic in that female bishops are not a common occurrence in the male-dominated church and society,” she continued.