Black composers to memorialise the fall of Black Wall Street 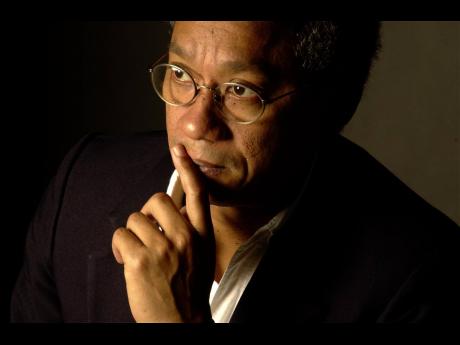 Contributed
Peter Ashbourne is one of 23 composers selected to commemorate the centennial of the 1921 Tulsa Race Massacre on Saturday and Sunday at the Tulsa Performing Arts Center Tulsa Opera presents ‘Greenwood Overcomes’.

Twenty-three black composers and eight black artistes will commemorate the centennial of the 1921 Tulsa Race Massacre on Saturday and Sunday at the Tulsa Performing Arts Center Tulsa Opera presents Greenwood Overcomes. Among the composers is Jamaica’s very own musical phenom, Peter Ashbourne.

Greenwood Overcomes is part of a commemoration effort in Tulsa, Oklahoma, spearheaded by the 1921 Tulsa Race Massacre Centennial Commission. The commission is dedicated to producing and promoting projects that further the remembrance, and honour the legacy, of Black Wall Street, the Greenwood neighbourhood that was razed by mobs of white residents from May 31 – June 1, 1921. That massacre is recognised as one of the worst incidents of racial violence in American history. Recently, pop culture programmes spotlighted the incident, introducing millennial and Gen Z audiences to the horrible history in acclaimed television series Watchmen and Lovecraft Country on HBO.

The performances will begin at 7:30 p.m. CT on Saturday and 2:30 p.m. CT on Sunday. Additionally, the Saturday performance will be live-streamed free on Tulsa Opera’s website, TulsaOpera.com, enabling a worldwide audience to experience the event.

Pleased by his inclusion in the programme, Ashbourne shared that his compositions were encouraged by the nagging of his very good friend, soprano Dawn-Marie Virtue-James. “[She] asked me to ‘arrange a few folk songs for her in 1983; I immediately said yes, certainly, put this request on my bucket list, and forgot about it. It took another two years of her nagging, but I finally scored Banyan Tree, Water Come A Mi Eye, and Nobody’s Business for a recital she was having in 1986.” Over the next year, he also scored Fi Mi Love and Long Time Gal at her behest. “I am now glad that Dawn-Marie insisted I work on those folk songs,” he said.

Ashbourne is a leading contemporary Jamaican composer, arranger and songwriter, as well as an outstanding performer, band leader and record producer. His achievements in classical, jazz and other popular forms of music have greatly assisted the advancement of musical excellence in Jamaica. Born in Kingston, he attended the Jamaica School of Music and The University of the West Indies (UWI) before graduating with a bachelor’s degree in composition and arranging from the Berklee College of Music in Boston. He is a licentiate of the Royal Schools of Music in violin, and he also plays the piano.

Over the years, Ashbourne has composed music for choirs, soloists, string quartets, chamber music groups, orchestras, wind symphony orchestras and big bands. In 2013, he conducted the Royal Philharmonic Orchestra in Jamaica – performing his composition Jamaica Folk – and in 2014 the Youth Orchestra of the Americas with his composition Pass Di Ball.

He is also a veteran musical contributor to the local dance theatre and the Caribbean advertising industry. In collaboration with Professor Mervyn Morris, Ashbourne wrote the reggae opera Mikey, loosely based on the life of dub poet Mikey Smith, which was completed in 2008. He is a director of the Music Unites Jamaica Foundation and was appointed to the position of senior music fellow by the UWI in January 2013.

In 2011, Peter Ashbourne received the President’s Award for Technology and Culture from the University of Technology, Jamaica in Kingston. In 2012, he was invested with the Order of Distinction (Commander) by the Government in recognition of his “dedicated and outstanding service to the development of many genres of music in Jamaica”. In October 2018, he was the recipient of the Gold Award from the Wolmer’s Old Boys Association, and also received the Institute of Jamaica’s Gold Musgrave Medal.