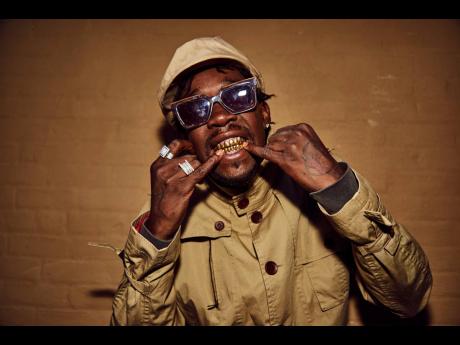 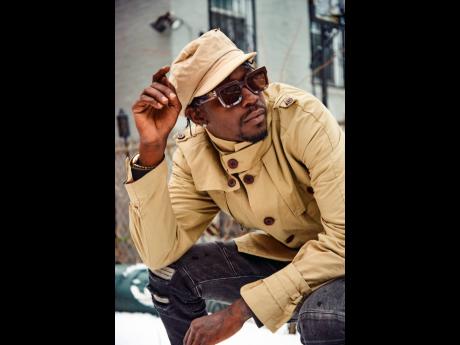 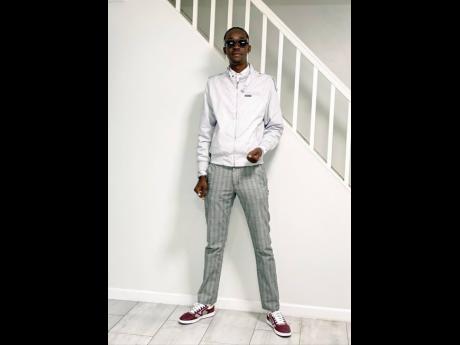 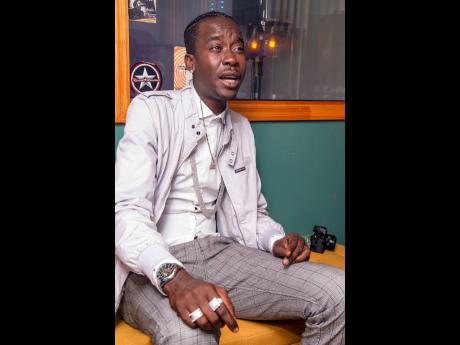 Dancehall recording artiste Chi Ching Ching makes the kind of music one can enjoy in the middle of a nightclub, stage show, street dance or even on a regular Monday morning, having a private dance party while getting ready for work. He describes his music as “free-spirited”, and if he could liken his catalogue to a singular person, it would be Sir Garfield Sobers. When the Rock The World entertainer mentions the name of the former West Indies cricketer, it was puzzling at first until he said, “My music represents my personality and who I am overall — an all-rounder — [and] he’s a skilled cricketer; a versatile bowler, batsman, and a leader among fieldsmen. That’s me from the get-go in the field of music and entertainment.”

Following the success of his 21-track album Turning Tables, released by Dutty Rock Productions, which was streamed over 12 million times across several platforms, Chi Ching Ching is awaiting the green light to burn some rubber on another project. In the meantime, he is driving his career at a steady pace — currently ‘doing road’ in the US — hopping from studio to studio and making appearances from city to city.

A fervid Chi Ching Ching said that he has a strong work ethic, and it is getting stronger. “Since being in New York, the work ethic turn up more because the resources are readily available. I have access to a million studios, the videographers are flexible, and people are ready to invest in the brand everywhere I go,” he said, adding that the pandemic hasn’t slowed him down. “Throughout the whole pandemic, I have been working. I feel like I am accomplishing a lot, or doing things faster here. There’s a whole album of songs and about five videos recorded in the short time I [have] been overseas.”

In-between studio hopping and family time, Chi Ching Ching finds a few minutes for Five Questions With, where he shares just about everything — from branding and building a legacy to fashion advice.

How has the past year been for you?

It’s been ups and downs. Nothing is perfect, but yuh done know we nuh give up. The trick is to keep on pushing, because the greatest thing is knowing that when you put in the work every day, you will see the outcome. People nuh hear from me because I [have] been travelling and dedicating time to working in studio, but I am also doing the same in terms of my family.

What’s the climate of the recording and entertainment industry in New York at this time?

New York hot yah now, the places outside are lit! Although, the energy is obviously a little different based on the times that we are living in. The good thing about being here, is being able to move from one state to the next quickly. So, I been doing one and two gigs here and there, also in Atlanta and Florida, even though people will still see signs of the pandemic. I am also putting in more hours — going three different studios in one day. Hustling is also part of the mix, meeting the demands for dubplates. It’s all about work until [it’s] time to come home.

Are you teaching your children the ins and outs of the music industry. What are some of the lessons you’ve taught them?

Well, I have three boys. My youngest is with me; he is three years old. One son is in England and the other, who is in Miami, was around me until he was 10 years old; him know the ropes. Both of them are living with their moms. I’m teaching the little one right now how to survive because them say, a child shall lead the way, and, trust me, the world is changing; and watching him grow has allowed me to see that in him. It is for this reason I created the Amere Entertainment label, named after my son, for my son. Survival and strengthening the legacy are the main lessons here. Me nuh get nuh girl baby yet, but if me get one … Jesus Christ!

Are you looking forward to fathering a daughter?

I definitely want a girl, but I am bracing myself because I know it’s going to be a lot to deal with. Me nuh have nuh sister, but I see what parents who have daughters go through, plus me study the female brain. Every day me worry and pray to God fi give me boys, and he did, because me haffi brace myself first before me get a daughter. Me just know, if or when me get a daughter, me a go put all me time into raising and protecting her.

As a man of above-average height, where do you find the fashionable pieces you are known for donning?

It’s not the first time I get this question. Me have bredrin weh consult with me on fashion. I just know how to put myself together. Anyweh di nice things deh, me just walk and buy them. I don’t have no special places to shop. But it is true, for youths my height it is not easy. To get ourselves together is like a task — at one point, it did hard fi find a pants that fit me right; regular jeans nah give the sexy look.

Both. I have more than 15 pairs of Clarks, but these aren’t for every day, because I want when people see me in them, it’s a new look. Sneakers now, give me those every day … me have ‘bout 100 pair a shoes and sneakers alone. I don’t think I need to buy any more shoes for now.