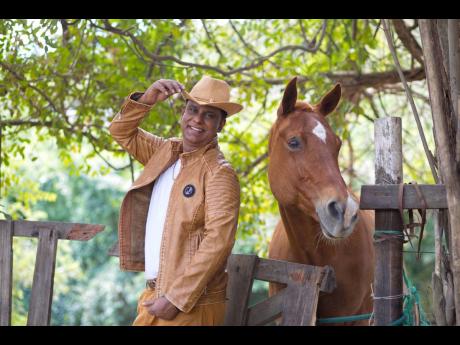 Contributed
Wesrok steers away from the typical mainstream music, experimenting with the sounds he grew up listening to in his home, namely reggae, rocksteady, and country music. 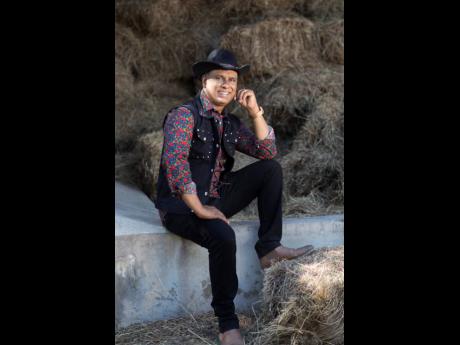 Contributed
The singer and songwriter’s forthcoming début EP, rightly titled ‘Look At Me Now’, is expected to be a powerful introduction. 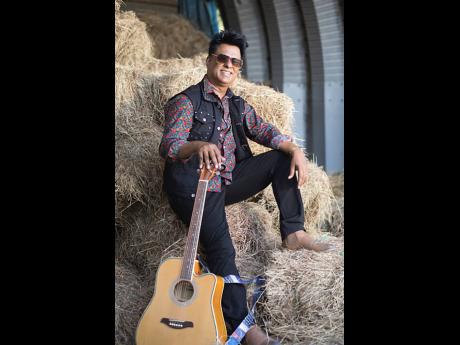 Contributed
Born Percival Buddan, Wesrok developed a passion for music at an early stage, but finished his education and worked with the Jamaica Constabulary Force before pursuing his passion.
1
2
3

In an era when the reggae scene is focused on a rebirth of the core sounds of the genre, singer-songwriter Wesrok is staying true to himself.

“Being different comes with a lot of challenges,” he told The Sunday Gleaner. “I actually love challenges. In fact, it’s something I know all too well.”

Though it is not unusual to find someone of mixed race in Jamaica, Wesrok, whose real name is Percival Buddan, knows he is a rare find as a Jamaican of Indian ancestry daring to invent a new colour on the local musical palette. He steers away from the typical mainstream music, experimenting with the sounds he grew up listening to in his home, those being reggae, rocksteady, and country music.

He is often heard saying, “Wesrok is the best rock … there is only one me,” as a sort of declaration of this individuality.

“It was my mother who first introduced me to country music, and I also remember, as a child, going 10 miles away from home to another house every Sunday, where the sounds of Kenny Rogers and Charley Pride were often heard,” Wesrok shared.

Being the last-born of nine sons for his mother, who is of Indian heritage, Wesrok was tasked with making something of himself, he said, so while he developed a passion for music at an early stage, he focused on what his mother told him to.

He said: “Her wish was that I get a good education. I left our home in Bog Walk, enlisted in the Jamaica Constabulary Force (JCF) and invested in my learning.”

He spent more than 20 years in the force. During his time as a police officer, he earned two master’s degrees – one in business administration and the other in security and strategic studies.

“The noble organisation gifted me with a great deal of experience and knowledge, but it was time for me to leave,” he said. “There was so much more in me that I needed to explore where the force could not suffice.”

Kenny Rogers’ The Gambler could be the soundtrack of Wesrok’s life, and in fact, he names the song as his favourite song of the country music genre. After resigning from the JCF, he explored entrepreneurship and then, having acquired adequate resources, chose to invest in his dream: to create country reggae music people worldwide could appreciate. Since the pandemic, the artiste has released several singles, including Left Out The Dark, which pays homage to the trying time; Poor Country Boy, which speaks of his upbringing; and Born As A Winner, celebrating the goals he has achieved in the few months since venturing into the music industry.

Wesrok said: “My journey teaches persistence and the importance of believing in one’s self. It encourages my listeners to look at where they come from, where they are now, and what they can become.”

His forthcoming début EP, rightly titled Look At Me Now, is expected to be a powerful introduction showcasing a unique sound filled with memorable lyrics about his upbringing recorded over contagious reggae drum beats and basslines that are coordinated effortlessly with country riffs on guitar.

Looking back at his own life, Wesrok said he has reflected not only on being born and raised in rural Jamaica, but also, “I have done some partial research to find out where my mother’s extended family, our ancestors, are from in India”.

Speaking more about India, he also noted the record-breaking numbers of confirmed COVID-19 cases and mounting death toll in the country where he has blood ties.

“My heart goes out to the people in India. It is, to the core, heartbreaking to hear about what is happening there, and I sympathise with people of the same heritage who have family they know currently living there as well,” the country-reggae singer said.

“Right now, we all need to be praying, and I am hoping India will recover. I am not in touch with anyone there, but I wish there was something I could do that was tangible. If there is any venture in my neck of the woods that I can contribute to, [to] positively to help them, I will do so in a heartbeat,” he continued.