Closer to getting Chicago street named in honour of Haitian founder 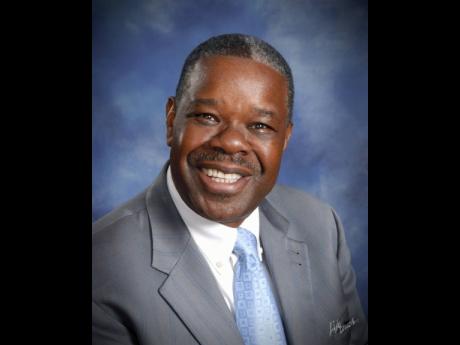 Founder and producer of the annual International Reggae And World Music Awards (IRAWMA) Ephraim Martin recently announced that the virtual broadcast date for the 39th event has been extended to Sunday, May 16.

“The date change is necessary to ensure production and presentation of an incomparable event, with participation by revered international performers and presenters while maintaining COVID-19 protocols,” Martin explained.

However, there was also another compelling reason for the date change: Jean Baptiste Pointe DuSable. Martin, who relocated to the United States from Jamaica decades ago, is a resident of Chicago. As an activist who has been vocal against systemic racism and insistent about righting the wrongs of the past, one of his passions has been the renaming of Lakeshore Drive in Chicago in honour of DuSable.

As a very knowledgeable Martin explained, over 240 years ago, in 1779, Chicago was founded by a black man from the Caribbean country of Haiti by the name of Jean Baptiste Pointe DuSable, but because of the colour of his skin, he was denied respect and credit such as a street, a monument, and a city holiday. DuSable passed away in 1818, and in 1830, when Chicago’s first boundaries were set, the first streets were all named after influential men. Among them were Washington, Jefferson, and John Kinzie, the man who purchased DuSable’s property. All the men were white.

A release stated that in about 1919, activists were calling for full recognition for DuSable, but that same year witnessed the violent, racist destruction of Black Wall Street in Oklahoma, one of the few achievements of which African Americans could be proud. In 1927, ninety-four years ago, there was another chance to give DuSable the street then known as Field Blvd, but the practice of racism stood its ground, and it was named in honour of Leif Ericson, an explorer. In 1946, Leif Ericson Drive was renamed Lake Shore Drive.

“Of all the things we are requesting for DuSable, the primary one that will bring real change to Chicago, is the renaming of Lake Shore Drive as DuSable Drive, right now, with a yes vote,” Martin said in his address to the city committee.

Last Thursday, the wind of change swept through the Chicago City Committee on Transportation and Public Way, which unanimously voted to rename Lake Shore Drive Jean Baptiste Pointe DuSable Drive. On May 26, the full City Council will assemble for the final vote to make it official.

An emotional Martin could hardly contain his joy. “I was supposed to be in Jamaica preparing for the 39th IRAWMA, but we made a change. This vote was too important for us to go away and not to be here, so we have set the new date for May 16, live from IRAWMA. Today, we celebrate the first step in making historic change in Chicago. Thanks to all of you. The struggle continues,” Martin said.

With the historic first round of voting now completed, Martin is again totally focused on the IRAWMAs.

“The star-studded celebration is to be held under the theme ‘Reggae/World Music Still Rise’ and will be aired live on IRAWMA’s YouTube channel. To view this epic awards show, featuring performances by renowned artists, fans are encouraged to subscribe to www.Youtube.com/irawma or tune in to IRIE FM radio i riefm.net. It will also be broadcast on television stations, whose names will be disclosed closer to the event date,” Martin added.

Voting in all 30 categories closed on April 20, and days before the deadline, over 100,000 reggae and world music fans, across the globe, had cast their ballots. A reputable accounting firm will tally votes to determine the winner for each category.