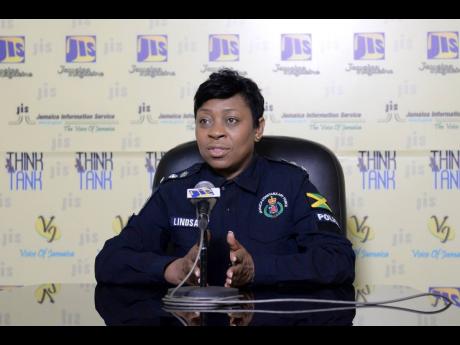 The Jamaica Constabulary Force (JCF) is receiving lots of praise from some quarters for a creative social media campaign dubbed ‘Wanted Wednesdays’.

The initiative, which appears to tap straight into the dancehall culture, mimics the names of the regular weekly dances which used to abound in a pre-COVID era Jamaica. And it is generating quite a bit of talk.

It is certainly not a case of out with the super popular Weddy Wednesdays and in with Wanted Wednesdays, although partygoers are seemingly ready to attend the session once they find out the venue. However, the real message is not lost on them. Among the comments on Instagram were: “New Dance a keep.” “#WantedWednesdays. I like this initiative. People can quickly search the hashtags and look forward to the posts to give information on what they know.” “Deh yah think seh this a one event.” “Dis sound like a dance, but anyways the public will get to see most of who we live amongst.”

Senior Superintendent of Police (SSP) Stephanie Lindsay, head of the Jamaica Constabulary Force’s Constabulary Communications Unit, told The Gleaner that this initiative follows on their ongoing ‘Missing Mondays’ campaign, which sees the pictures and information on missing persons being highlighted on a Monday. She says the unit has stepped up the pace with this campaign designed to grab the public’s attention. This new communications strategy, she says, is working.

“We have a lot of wanted persons out there who are roving around in communities, and nobody knows that they are wanted. Some persons are even harbouring them unknowingly. We have always been putting out their information, but we wanted to communicate in a way that people can understand and a creative member of our team came up with this idea to grab attention,” SSP Lindsay told The Gleaner.

The JCF stated on social media: “If your face and particulars appear in our Wanted Wednesdays post, visit the nearest police station to rectify the matter. To maintain law and order in our country, every citizen has an important role to play in the fight against crime. If you know, tell us, all we need is information. If you’re a relative or close friend of wanted individuals, you may also be putting your lives and that of your loved ones at risk. It is an offence to harbour wanted individuals. #AForce4Good #WantedWednesdays.”

SSP Lindsay admits that she and her team were not prepared for the overwhelming response. Not only are persons heaping praise on the JCF for the initiative, with comments like “Whoever runs this page is doing an exceptional job” and “I love JCF social media handler sahhh” – some clever persons have also coined new terms for other days of the week. Suggestions include ‘Rapist Tuesdays’, ‘Turn-in Thursdays’, ‘True Crime Thursdays’ and ‘Returned Friday’.

“We were amazed when we saw the responses. Jamaicans are happy people. They are even calling it festive. But the important thing is that people are seeing it and are responsive. Even those who don’t call us to make a report, at least they will know that these persons in their midsts are wanted,” Lindsay explained.

Wanted Wednesdays made its début on April 28 with two social media posts about two wanted men, along with their pictures, which were encased in colourful frames. One post stated: “Do you know Tarik McDowe and his whereabouts? Call the Savanna-la-Mar Police in Westmoreland. #saferJamaica #Helpuskeepyousafe #WantedWednesdays.”