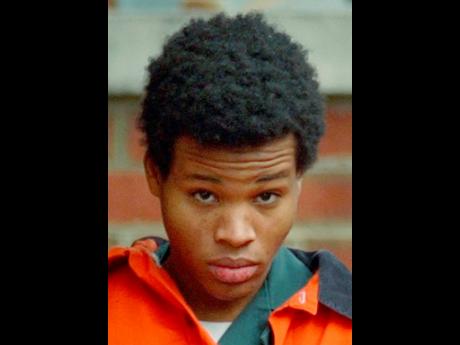 AP
An eight-episode docuseries, ‘I, Sniper’, features Lee Malvo, half of a two-man sniper team that killed 10 and terrorised the Washington DC region in 2002. The film-makers coaxed Malvo to examine his life over 17 hours of phone calls. The series starts Monday on Vice TV.

The voice on the phone is steady and clear. “It is unnatural to kill anything,” the man says. “But once you’ve done it the first time, it becomes easier each time.”

That chilling insight comes from inside Red Onion State Prison in Virginia. The voice is owned by Lee Malvo, half of a two-man sniper team that killed 10 and terrorised the Washington DC region in 2002.

Malvo’s account of how he ended up shooting strangers while hiding inside a Chevy Caprice trunk is at the heart of I, Sniper, a superb documentary series on Vice TV that starts Monday. “I was a thief. I stole people’s lives,” Malvo told the film-makers. “What inside me made that possible?”

The eight-episode series is a nuanced and expertly researched attempt to answer that question, with dozens of interviews from relatives of the snipers and their victims, law enforcement, journalists and everyday people who encountered the pair.

But perhaps the most astounding interview is of Malvo himself: candidly revealing every detail of his horrific crimes from periodic phone calls behind bars.

I, Sniper producer Mary-Jane Mitchell coaxed Malvo to examine his life over 17 hours of calls that spanned years — all in 15-minute chunks, per prison rules.

“As you can imagine, trying to get to that place emotionally at 15 minutes at a time — when you never know when the next call is going to come in — is a dance that you have to do,” she said.

Malvo was 17 when he and John Allen Muhammad, then 41, went on their sniper spree. They picked off victims going about their daily business: shopping, getting gas and mowing the lawn.

He and Muhammad were convicted of two murders in Virginia and six murders in Maryland. Malvo was given life sentences without parole. Muhammad was sentenced to death and executed in 2009.