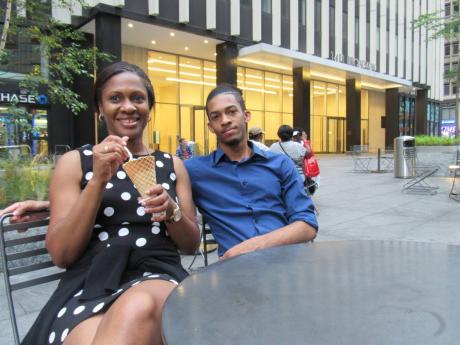 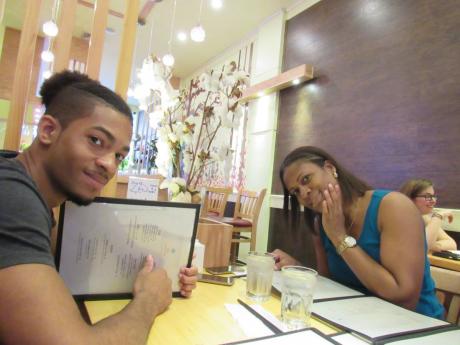 Contributed
Simon Tomlinson (left), said he considers his mother, Tania McDonald-Tomlinson, one of his best friends.
1
2

“My mom is one of my best friends. We’ve always joked and said we share a single brain cell because we’re always doing something ridiculous together and dying from laughter,” Simon Tomlinson told The Gleaner about his mother Tania McDonald-Tomlinson. The two have a unique bond, so it came as no surprise when they became a trending mother-son duo on the video-sharing, social-media platform TikTok through videos posted to @tomo_tv1.

Though his mother, a director of strategic workforce management at Jamaica Public Service, was an actress on the local television series Royal Palm Estate, playing the character Brittany Anderson, Simon said that the series happened by chance. The table tennis star, who only recently attempted to qualify for the Olympics, said his mother returned home one day, and the brilliant idea hit him for a video. She obliged and they came together, created magic, and it just skyrocketed from there. “I’m the mastermind, and she’s the star of the show! All the skits are real-life scenarios that I’ve been experiencing since birth! None of it is fiction, all fact!” he revealed.

The videos, he said, are an accurate portrayal of what it was like growing up. Other than being forced to wash countless amounts of dishes, it was truly a fun experience. They always found exciting activities to do together, and he credited his mother as an excellent guide along his journey through life. “I love everything about my mother. The biggest lesson she taught me is to always enjoy what I’m doing; that being happy is more important than anything else. That stuck with me because the more I grew up, the more I understood that following my passions made me happier than following the standard rules of the world and resulted in a lot of success,” the athlete shared.

Being able to share who they are via videos is just another bonding exercise that others can now enjoy. The reception so far, he said, has been incredible: “So many people seem to enjoy the content and seeing our relationship unfold because it’s so relatable. A lot of people ask if we’re all living the same lives because their mothers do similar things to them.” His favourite video, to date, is when he tells her that he is leaving home, to which she offers no response and questions, except “Have a good time”. The simple phrase is a red flag, which causes him to pause, assess and ultimately change his mind about going out. “I think that may be her favourite as well,” Simon said.

So what’s next for the mother-son duo? Simon said more videos. He is also exploring making the videos longer and extending the Jamaican comedy to his YouTube channel. Aside from making their own videos, the two love finding shows on Netflix - good shows, bad shows, and those in between, and watching them together.