Miqueal-Symone Williams 'honoured' as she receives Key to Broward County 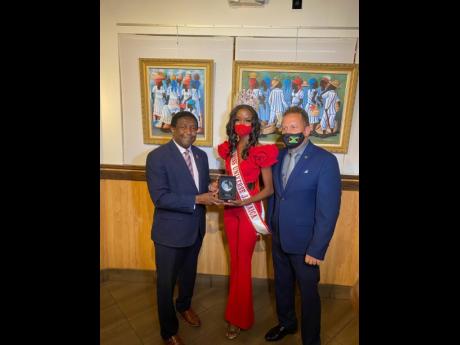 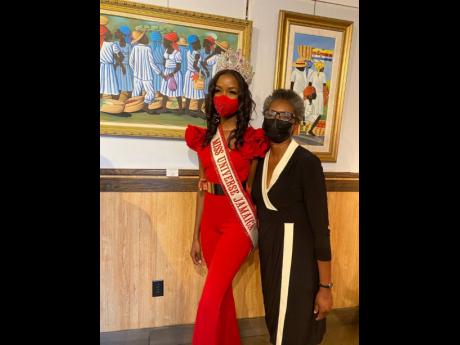 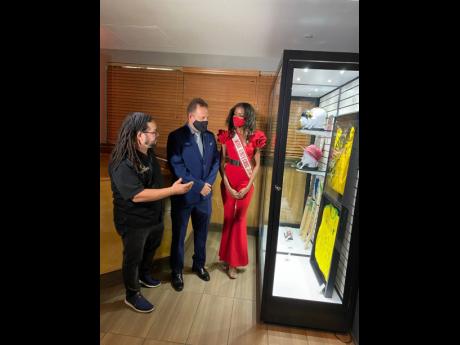 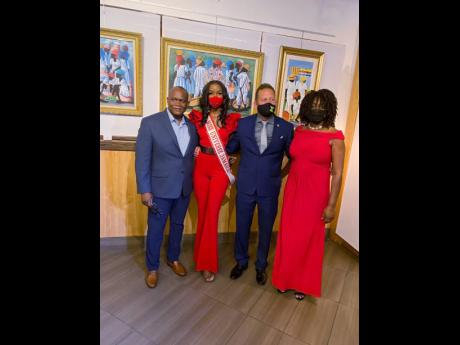 Miss Universe Jamaica 2020 Miqueal-Symone Williams had every reason to feel welcome in Florida on Thursday. Williams, who landed in the Sunshine State ahead of the May 16 Miss Universe competition, was presented with a Key to Broward County by Dale V.C. Holness, the first Jamaican-American to serve as mayor of Broward County. She also attended a reception held in her honour by the consulate general of Jamaica in Miami at the charming Island Space Caribbean Museum in the Westfield Broward Mall.

A contingent of Jamaican nationals, friends of the diaspora, dignitaries and sponsors were in attendance to what Williams described as a "momentous moment of my life".

"It is important that I highlight the consul general, Oliver Mair, and his team for the amount of thought put into the seamless execution of the event, as well as my mentor and smile sponsor, Dr Sharon Robinson, and her amazing team at the Dental Place Cosmetix Spa," Williams told The Gleaner.

A Key to Broward County is one of the highest honours and a symbol of goodwill from the Broward County Board of Commissioners. Williams joins a few notables from Jamaica, including Reverend Dr Fedlyn Beason and GraceKennedy CEO Don Wehby, in being bestowed with the honour.

Williams was surprised, honoured and humbled by the turnout and the presentation. "It was an immense honour, privilege, and a truly great emotional experience for me as I stood there at the reception receiving the key from the Broward County Board of County Commissioners. In the moment, I felt like I had already won," she said.

The occasion was marked with a quick tour of what is touted as the first Caribbean heritage museum in theWestern Hemisphere by its owner, Jamaica-born photo artist and author David Muir. Williams was serenaded by Consul General Mair and renowned tenor Steve Higgins, who sang the Jamaican folk song Fi Mi Love.

Grateful for all the support she has received, Williams promised to make "everyone who had a hand in making the entire experience possible" proud.

"I thought about all the amazing persons who had come out to support me on this incredible Miss Universe journey, and so on behalf of the Miss Universe Jamaica Organization, I want to thank everyone who had a hand in making the entire experience possible," she said. "Their behind-the-scene contributions toward my being able to represent Jamaica is inspiring and highly appreciated, and so, thank you from the depths of my heart. It means the world that I have so many persons supporting me. I'll do my utmost best to make you all proud."

During the event, Michelle Drummond, creative artist and owner of Drummond Fine Art in Delray Beach, Florida, also presented Williams with a personalised gift of a tote bag printed with her original artwork.

Catherine Goodall, the official chaperone for Miss Universe Jamaica and committee member, said the duration of the event was approximately one hour but that all guests had the opportunity to experience the genuine beauty of Williams.

"Her time was limited; having landed a few minutes after three, Miqueal had to be at the Hard Rock Hotel for 5:30 p.m. She also had to take a COVID-19 test on the grounds in order to complete the process of registration," Goodall shared.

Williams had received a test two days before her departure, which was returned with negative results. The result was the same for the test conducted on her arrival. The 69th Miss Universe contest has representatives from each country working in isolated groups under a strict schedule and protocol and guidelines, with places such as restaurants and gyms being out of bounds. On Saturday, Williams did fittings and a photo shoot. "She receives her itinerary a day in advance, but she is managing well thus far. Miqueal is truly a gem inside and out, and my heart is vested in her," Goodall said.