Etana strikes a balance between music and motherhood 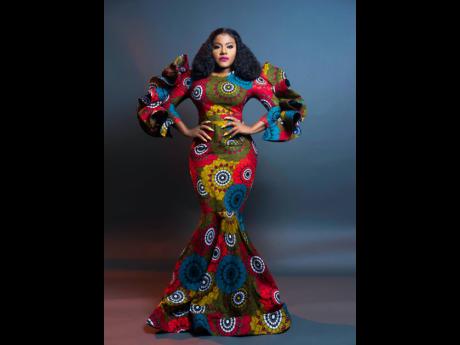 Contributed
Reggae singer and songwriter Etana said becoming a mother has shaped her vision and drive to excel in music and entertainment.

Reggae singer and songwriter Etana is known for delivering messages about finding and exuding internal strength. However, she said a lot of the strength she has portrayed to the world originated from the memories of her grandmother, Henrietta Pinnock.

“I find strength in all my grandmother taught me,” Etana told The Gleaner.

She added, “I can also say the same for the lessons from my mother, Jestina Francis-Lawrence, all she taught and is still teaching today.”

Etana celebrates the women in music as she does those in and around her household as a child. The singer grew up in a matriarchal family and was raised by her grandmother, mother and aunts.

“I find strength in the love and teachings from my aunts Grace, Winnifred Francis, and Revlyn Francis. Additionally, there is much in the power of the Almighty,” she said. “This makes me smile; I celebrate reggae queens such as Marcia Griffiths, Lady G, Tanya Stephens, Queen Ifrica, Lady Saw, Sister Nancy, Sister Carrol and Rita Marley - all great women - great pioneers (or mothers) of music that still represent the strong women of our industry.”

All these teachings, she said, have been transmitted into her lyrics. Songs like Weakness In Me, I Am Not Afraid, I Rise and Mocking Bird all hold sacred lessons and build on a legacy of consciousness and female empowerment through music which she is passing down to generations, including her own children.

It’s all about striking a balance between personal life and a hectic recording career, Etana explained. “How do I strike a balance?” she asked in her interview.

“I step back and turn off my phone at times. When I’m with family, I zone into them and them alone,” Etana shared of a practice that often puts her in the hot seat with friends, family and even industry colleagues.

“People will pass comments like: “Lawd, me nuh hear from yuh for days, yuh dash me weh,” but it doesn’t bother me, I just answer with a laugh. My connection with someone isn’t just when we speak; as long as our connection is real, it is forever,” she assured.

She makes it a habit to unwind in silence, more so at night or very early in the morning while many sleep, she said. With her children, the songbird said she creates boundaries.

“I will let them know when they are old enough, and when they have learned enough about how the world works, they can have their own platforms. Ultimately, the music is for the fans and for their entertainment, and I do share a lot with my fans, but there is still a limit, and I believe they understand because they are with me regardless.”

Etana probably never saw herself as a feminist artiste. That she quipped did not matter to her, once she accomplished the goals she set for herself - mainly to be seen as an artiste creating art.

“I feel as though when I found myself being that artiste with a mind outside of boxes and expectations; that was achieved soon as I decided to fully embrace being a creative. Music, sound, words, melody, and the feeling all comes to me at any time, even in my dreams, and my creativity is not affected negatively even when if I am down - some of the strongest songs come then,” she shared.

Different life-changing situations have also helped sculpt the woman behind the music, and she, too, will admit to reinventing herself on several occasions.

Etana said, “No one stays the same way in every aspect of their lives forever, and as time passes, as people we learn, we grow; naturally, we evolve.”

One of her hardest periods, she said, was “being in an abusive relationship and engaging in the business of music without first understanding that music business and creating music are two different things with different kinds of people at different levels”. However, The Strong One singer said these experiences have helped her become the woman she is today.

Becoming a mother for the award-winning singer has also shaped her vision and drive to excel in music and entertainment. She has eight albums in her catalogue, and in 2018 her first album, produced under her label Freemind Music and distributed by Tad’s Records, was nominated in the Best Reggae Album category in the Grammy Awards. She continues as an independent artiste today.

“I am involved in [the] production of music and rhythms and very instrumental in most of my music created on any album. I will go wherever the music takes me in the time. As it relates to music, a lot has changed, and I’m grateful. In the end, it all depends on the goals of the individual. If the battle is worth the fight, I take it on without fear, and it’s never over till it’s over,” Etana concluded.