D’Angel pulling out all the stops for IRAWMA on Sunday 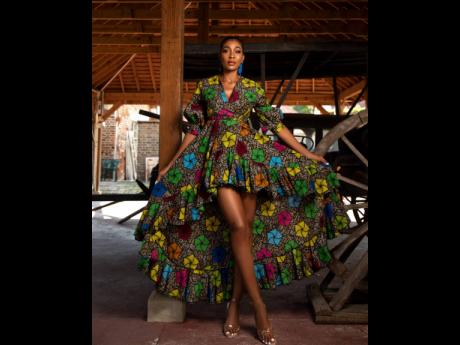 Contributed
A nominee in the Best Female DJ category, D’Angel will also co-host the International Reggae and World Music Awards. 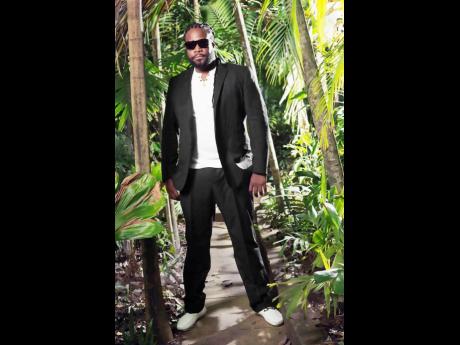 Armed with her latest single, which some may say is aptly titled Good Gal, dancehall diva D’Angel is ready for a takeover of the stage at the 39th International Reggae and World Music Awards (IRAWMA) on Sunday at 8 p.m. EST, live from Jamaica.

The Lady of Dancehall is a nominee in the Best Female DJ category. She will also be performing – Good Gal, of course – and she is also this year’s co-host, alongside multi-IRAWMA winner, Gramps Morgan.

“When the rep from the awards called me, the person said that it was a committee decision. My name came up, and it was agreed that I was the perfect fit. After all, who better to do it?” D’Angel said with a laugh. “Seriously though, I am elated to be the co-host. The IRAWMAs is our own BET and Grammy Awards, and we have to fully support it and appreciate the honour. This award has been around nearly 40 years, so I salute Ephraim Martin and the team on a fantastic job,” she added.

D’Angel intends to pull out her top-tier glam squad for the occasion, and she has even teamed up with a new designer, Oteique, who she is raving about. “This designer is awesome. I have worked with designers all over the world, but this guy is hands down super-talented. I like to support Jamaican talent, and I have to say that Oteique Designs is flawless. I am approaching this event in the same way I would the Grammys, so just watch out for my performance look on Sunday. I am going to be shimmering,” an excited D’Angel told The Gleaner.

On Sunday, IRAWMA will celebrate and honour the best musicians and industry professionals for 2020, with a virtual showcase that will see performances from a dazzling array of stars from across the globe. Ziggy Marley, Beenie Man, D’Angel, Papa Michigan, Flourgon, Master KG with Nomcebo Zikode from South Africa, Shatta Wale from Ghana, Dynamq Int’l from Kenya, Ras Takura and D’Yani, a rising Downsound Records artiste, are all expected to bring their A-game to the event which will be broadcast on IRAWMA’s YouTube channel, Onstage TV, IRIE FM and PBCJ.

IRAWMA president and founder, Ephraim Martin, informed the press at Wednesday’s official briefing that more than 500,000 persons are expected to view the virtual showcase.

“The vast majority of voters are from continental Africa. Persons in continental Africa voted in far greater numbers for their favourite entertainers and musicians in each category. There is a strong connection between Africa and Jamaica because reggae music works to fight injustice and to bring people together. For this reason, the Africans are always supportive and vote. But this year, they did so in greater numbers. One female Jamaican artiste obtained 22,000 votes in one category. That is extraordinary. The public will know who she is during the virtual broadcast, on March 16,” Martin said.

The awards’ 30 categories were open to public voting at www.irawma.com. Voting commenced on March 23 and closed on April 20. Over 100,000 persons across the globe voted. Votes are tallied by an independent and reputable accounting firm. There are also three special awards, which are not open to public voting, namely the Special Philanthropist Award, which will be given to Josef Bogdanovich; the IRAWMA Hall of Fame/Lifetime Achievement Award for over 40 years contribution to reggae music goes to Ziggy Marley; and the IRAWMA Award of Honour to Papa Michigan.

Gramps Morgan, who has also been appointed IRAWMA ambassador, hosted the media briefing and implored the fraternity to throw their full support behind the awards. “IRAWMA is our BET Awards and Grammy Awards. It has been recognising musicians for our contributions for almost 40 years. We must applaud Mr Epharim Martin and his wife, Justice Hall, for their commitment and contributions. Let us support IRAWMA. I am proud to be a part of the IRAWMA,” Gramps said.

Martin, while thanking his presenting sponsors: Ministry of Culture, Downsound Entertainment, and IRIE FM, used the opportunity to ask others to jump on board. “More sponsors are needed for next year’s 40th celebration. We say we love our music and culture. Support is needed from organisations and individuals for the success of such events. We call on those who can to do so to contact us,” he said.

A huge celebration is being planned in 2022 to celebrate four decades of IRAWMA.