Amanyea is ‘No Dibby Dibby’

Singer returns stronger and is ready to stamp her class 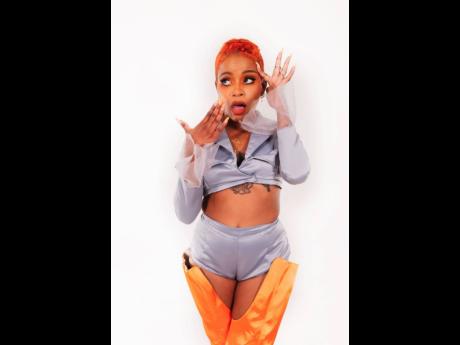 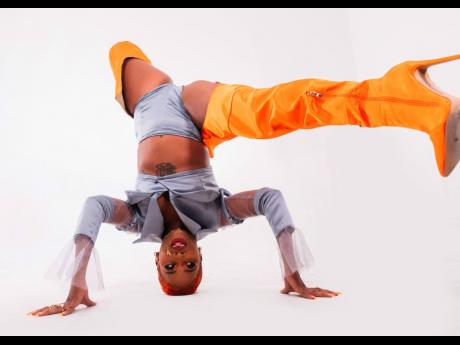 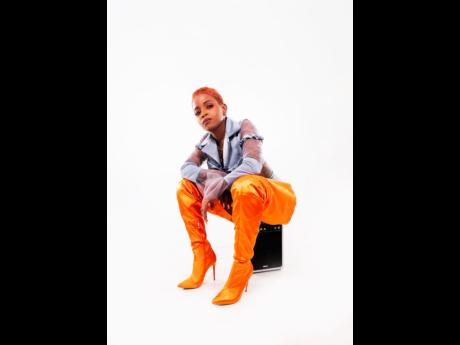 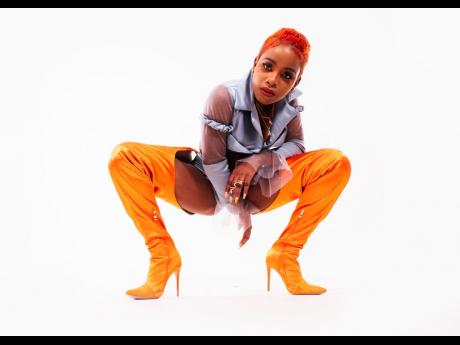 Now, following life-changing surgery, she’s exploring new possibilities. “I won’t be able to be who I was before, and I am not pushing that either,” she told The Gleaner. “I learnt a big lesson from my surgery. It was a painful experience to hear that I could not dance again, especially when I had spent most of my earlier life dedicated to doing it. It became a learning experience to say that we’re humans and there is talent that exists in so many different forms, and if you don’t see it yet, you shouldn’t be hurt because there is something else there, and you just have to find it,” Amanyea said

A shy child with a big personality, singing was often reserved for her comfort zone - home. “I was busy - growing up - then fortunate to be the youngest, touring professional dancer in this country with L’Adcadco,” she said.

Her exploration of dance continued to run deep even while she struggled with pain - as is the case with her single Aye Aye. Amanyea takes listeners on to the dance floor with her as she hypnotises a man in this sentimental ballad. While the track may have fuelled speculations that she had returned to her first love - dance - she makes it clear that she had been sitting on the song and music video for about a year before its official release.

“Oh, she’s dancing again and in heels … so everything back to normal then. That’s what persons instantly thought with Aye Aye,” she shares.

The truth was, the music video was shot and edited in 2017 and released a year later, “only because I did not have the courage”.

“This was all out of not wanting to feel uncomfortable, and even when it was there for everyone to see, I was uncomfortable. My surgery is what pushed me to release the complete production, and when it comes on to the physiotherapy, there’s [something] special that hits you mentally, and it makes you stronger,” Amanyea revealed. “It showed me that there are obstacles you have to try and get over, or it’s going to make you so uncomfortable - and it should make you uncomfortable not doing what you are passionate about, and I needed to get over the obstacle of feeling that way.”

Her medical condition is something she has to live with, a combination of degenerative diseases, most, if not all, related to her joints and cartilages.

“I have what is called joint hypermobility syndrome,” she said. “It causes my joints to stretch beyond the limit, which results in tears, so the pain is not only in my knees, but my fingers, back, neck, elbows, feet. Anywhere there is a joint, I hurt. So if I make a wrong step and feel pain, I could end up falling. In my home, if I fall, it’s a big deal, but I think I have become used to my body.”

She also admits to having surgery-related post-traumatic stress but names music as therapy for it. And while the surgery sounds rough, she has returned to the gym, noting that “the human brain functions better with physical activity”.

“I didn’t know I would wake up and go to the gym at 6 a.m., and I feel so powered to take on the day. The surgery actually wasn’t that bad, but I have atrophy on one side and then a torn ligament for compensating for the leg and for about a month or two, someone had to bathe me. The medications messed up my stomach to the point where I had to be rushed to the emergency room, but when people see me, they hardly see a face that is bothered,” Amanyea said.

She has spent the past three years recovering physically, emotionally, and mentally and working to strengthen and define her voice.

She said, “It’s an understatement how many tracks I have in the basket waiting to be released.”

The gentle rhythm behind her latest single, No Dibby Dibby, hits the ears, and it’s almost as if Amanyea is positioning herself to be heard. There’s no referring to her as a dancer-turned-singer either. While she may not be moving around as she did in the past, she is still ‘bubbling’, as Jamaicans would describe it.

The track is produced by DJ Sunshine’s Yellow Moon Records and is a juggling that also features hot acts like Shaneil Muir, Intence, Teejay, Jahmiel,and Skillibeng. Amanyea’s video, directed by RD Studios, shows she is a resilient, striking, and powerful force to reckon with.

“Earlier, in making my entrance into recording, I did everything myself. Now, I am working with people I like and trust and people that like me and trust me in return. It’s a small team with big personalities (like her) and a good mix of young and seasoned creatives that know the business. To put it lightly, the team nuh ‘dibby dibby’,” Amanyea said.

“I still choreograph as it does not necessarily require me to move. So I am grateful for what I can still do. A lot of things are being fine-tuned, [including] the next single the team will release called Top Girl [and] plans for an EP later this year. You’re going to be hearing a lot from me,” she continued.