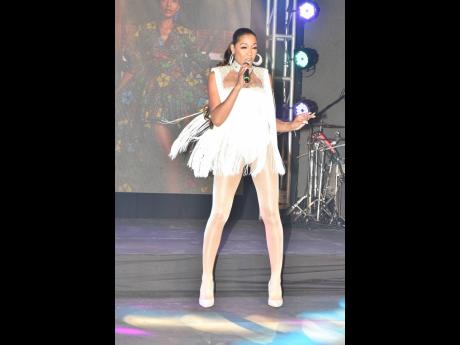 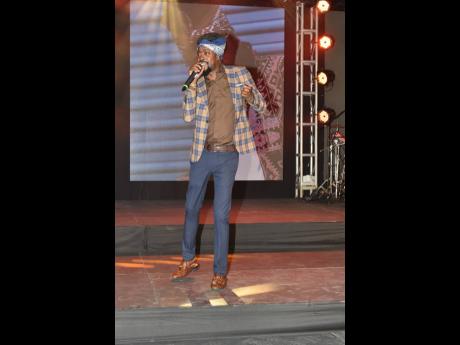 Contributed
Dancehall legend Beenie Man brought the curtains down on the 39th staging of the IRAWMA awards last Sunday.
1
2

Reggae and world music’s biggest night unfolded with a dazzling array of stars on Sunday, with the staging of the 39th IRAWMA (International Reggae & World Music Awards). A well-executed, virtual showcase, there were acceptance speeches and performances on the main stage in Jamaica as well as from winners and acts scattered across the globe.

It was a night on which the Motherland, Africa, was well represented not only through those who showed up on the YouTube platform shouting their full support for their own dancehall king, Shatta Wale, but also by snagging top honours. One viewer demanded to know, sarcastically, if the IRAWMA was “an African award”. Winners hailing from the continent were Shatta Wale, Virtual Entertainer of the Year; Kwame Yeboah of Ghana, Best Instrumentalist; DJ Switch (Ghana) Best Young Entertainer; Dynamq (South Sudan) Best Sound System; Vachi Kepwe Di Poet (Zimbabwe) Best Poet/Spoken Word; Winky D (Zimbabwe) Best African Dancehall Entertainer and Black Love Concert by Ghanaian rapper, Sarkodie, Best Virtual Showcase/Concert.

Interestingly, among the top four top artistes who walked away with three awards each, one was from South Africa, Nomcembo Zicode. She won Best New Entertainer; Best Afro Beat Entertainer, with Master KG; and Best Music Video for the mega hit, Jerusalema, a song that has amassed over 260 million YouTube views. The evening’s other top awardees were Buju Banton, who copped Entertainer of the Year, Best Album/CD for Upside Down 2020 and the Marcus Garvey Humanitarian Award; Koffee, Recording Artiste of the Year, Best Female Vocalist and Best Song, Lockdown; and Popcaan, Best Male DJ/Rapper, Best Crossover Song, and Best R&B/Hip Hop Collaboration.

At the official briefing last Wednesday, it was highlighted that a Jamaican act had received more than 22,000 votes, and that was labelled “extraordinary”. On Sunday, the artiste was revealed to be Sevana, who won the Dennis Brown Award for Most Promising Entertainer.

Co-hosting the festivities were the Lady of Dancehall, D’Angel in Jamaica, and IRAWMA ambassador and multi-Grammy/IRAWMA winner, Gramps Morgan, in Nashville, Tennessee. They both did a fantastic job. D’Angel and her model-long legs took centrestage early in the show. The ex-wife of dancehall star Beenie Man raised the bar – and some virtual eyebrows – by performing in an embellished leotard, replete with fringes designed to sway tantalisingly with her every move. A quick outfit change saw her in an elegant black gown, and even her ex, who she announced when it was his time to perform, gave her a freestyle compliment. “A Angel call me up. Look how she dress up. She look nice and everything up,” Beenie chanted during his extremely well-received show-closing performance, which saw him traversing his catalogue of hits, reeling off punchlines designed to excite. Earlier, Beenie Man had graciously accepted the award for Best Dancehall Stagecraft for his and Bounty Killer’s game-changing performance at the Verzuz battle in 2020.

Dancehall artiste, Flourgon has not been seen much on stage since his landmark lawsuit win against pop star, Miley Cyrus, but he turned up on Sunday, much to the delight of his fans. Papa Michigan, who received the IRAWMA Award of Honour, did a musical tribute to legends including Daddy U-Roy, Bunny Wailer, Toots Hibbert and John Holt who passed during 2020 and early 2021. Gramps Morgan, thrilled with his gospel-soaked People Like You, the IRAWMA Gospel Song for 2020. Shatta Wale brought the energy to the virtual stage, as he lived a dream. In accepting the award for Virtual Entertainer of the Year, he stated, “It is the greatest dream of my life to be in the Caribbean market and I thank everybody.”

Marley scion, Ziggy, accepted the IRAWMA Hall of Fame/Lifetime Achievement Award, for 40 years contribution to the reggae music industry and performed Love is my Religion, the title track from his album, which won the Best Reggae Album at the 49th annual Grammy awards.

Poet, Ras Takura, the Most Cultural/Educational Entertainer, paid homage to Africa and Dynamq, the notorious River Nile Crocodile from the Sudan, evoked memories of his epic clash with Black Scorpio on the Rebel Salute stage in 2019. Chanting that “reggae music sweet” the selector celebrated the greats with tunes like Dreamland (Bunny Wailer), Wear You to the Ball (U-Roy) and Bam Bam (Toots).

IRAWMA founder Ephraim Martin, noted, “This year’s celebration was a big success, despite the pandemic. We saw the best entertainers and industry professionals, for 2020, being awarded. The performances were excellent. We look forward to a star-studded event in 2022.”